The pilot project conducted under the MOU will deliver a 1 megawatt (MW) hydrogen fuel cell power facility, with Hyundai Motor building the fuel cell system, EWP managing the facility and sale of electricity, and Deokyang supplying the hydrogen.

The agreement was finalized yesterday in a signing ceremony attended by Hyundai’s Head of Strategy and Technology Division, President and Chief Innovation Officer Youngcho Chi, along with presidents Il Jun Park and Chi Yoon Lee of EWP and Deokyang, respectively.

The use of Hyundai’s proprietary fuel cell technology in the pilot project marks the first time local technology is being used in a fuel cell power facility in Korea in lieu of the foreign technology that the market has been dependent on.

The facility can generate an annual supply of 8,000 MWh, enough electricity to power approximately 2,200 households at 300 kWh per month, while emitting zero greenhouse gases or pollution because it is fueled by hydrogen.

The hydrogen used in the facility will be byproduct hydrogen brought from a nearby petrochemical complex through a pipe network, reducing costs and making use of local energy sources.

The pilot project presents an opportunity for Hyundai Motor to take its fuel cell technology beyond the automotive industry to achieve economy of scale, which will subsequently lead to cost competitiveness, job creation, and growth of other related industries.

EWP will be able to secure an increased share of renewables in its energy mix, while Deokyang will be a step closer to bringing down the price of hydrogen through increased trade volume and stable management of supply and demand.

Hyundai Motor will collaborate closely with EWP and Deokyang to expand the scope of the project down the line.

Hyundai hopes to foster the fuel cell industry and other related sectors in the future, and will continue its commitment to leverage its fuel cell technology to build a Hydrogen Society in accordance with the FCEV Vision 2030 announced earlier this year.

About Hyundai Motor
Established in 1967, Hyundai Motor Company is committed to becoming a lifetime partner in automobiles and beyond, offering a range of world-class vehicles and mobility services in over 200 countries. Employing more than 120,000 staff worldwide, Hyundai has sold about 4.6 million vehicles globally. Hyundai Motor continues to enhance its product line-up with vehicles built on solutions for a more sustainable future, such as NEXO -- the world’s first dedicated hydrogen-powered SUV. 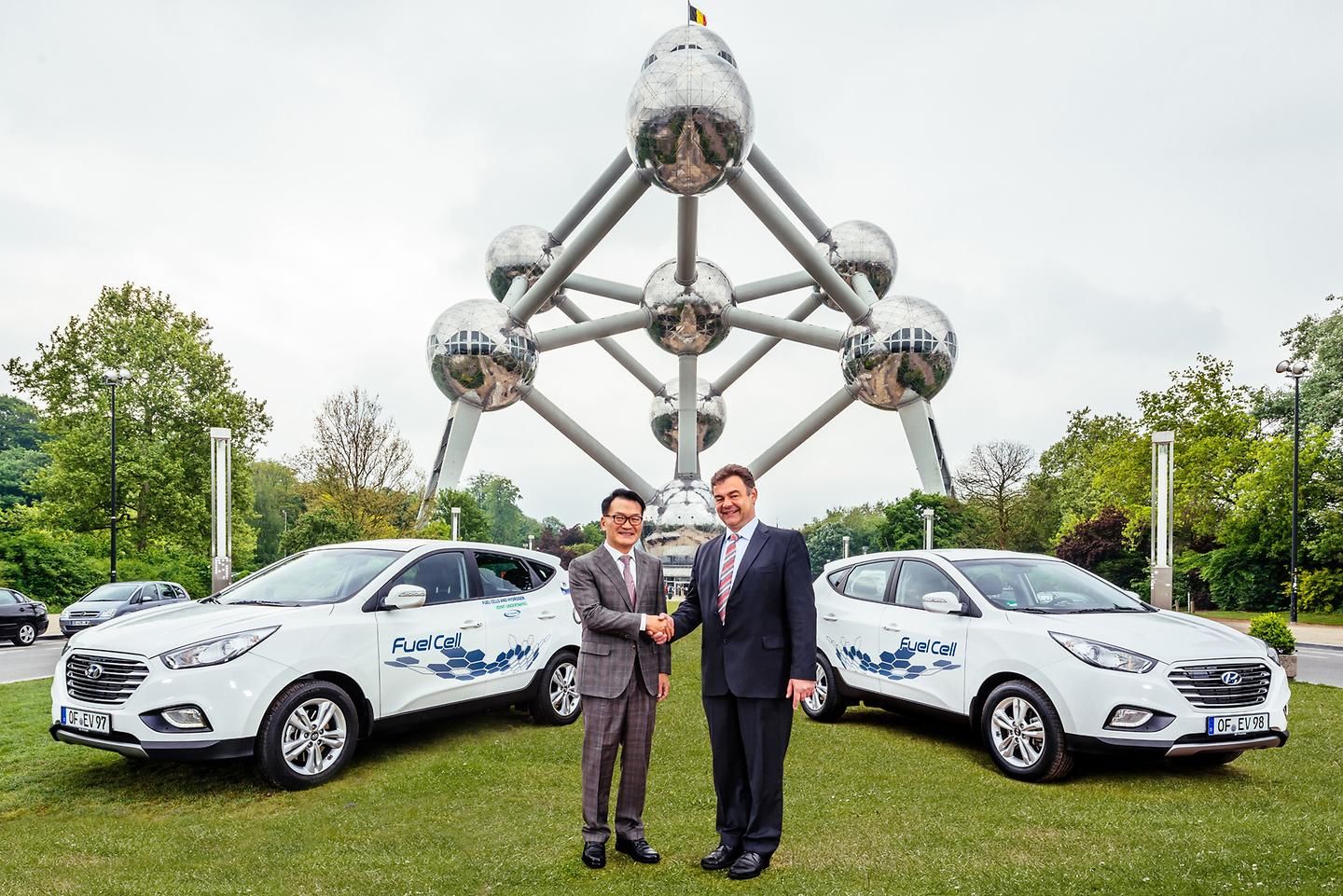