Since the final round at Coffs Harbour in Australia was cancelled because of the devastating bushfires in the state of NSW, the winning title was awarded to Hyundai Motorsport based on the results of 12 rounds and the las round before the bushfire. 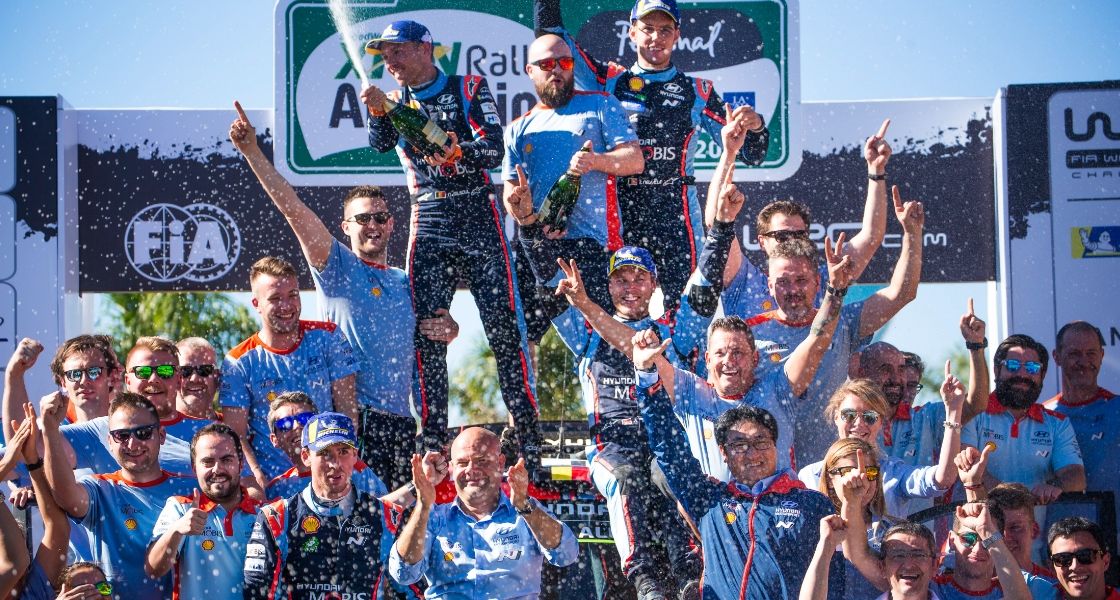 En route to the
manufacturer’s title

While en route to the title and competing in one of the most internationally famous rally events in the world, Hyundai Motorsport accumulated four victories in 2019-Tour de Corse, Rally Argentina, Rally Italia Sardegna, and Rally de Espana - and 13 individual podium results.

The first victory for Hyundai Motorsport came at the end of March when Thierry Neuville managed to grab first place at the final speed test due to Elfyn Evans’ punctured tyre, while teammate Dani Sordo claimed fourth despite brake problems and Sebastien Leob finishing eighth. Hyundai Motorsport took an early season lead at 114 pts, 12 pts ahead of its nearest rival. 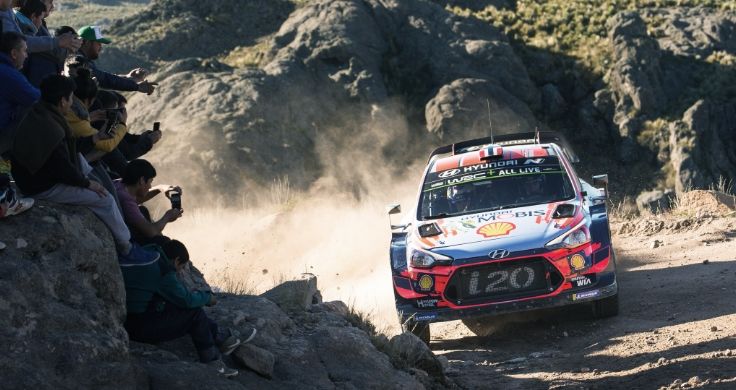 A quick back-to-back win followed at the Xion Rally Argentina in April as Thierry Neuville stretch his series lead to 10 pts after 5 rounds. Team-mate Andreas Mikkelsen finished 48.4 sec after the Belgian and Dani Sordo in sixth place stretching Hyundai Motorsports’ lead to 157 pts.

There have been so many highlights along the way; every victory has been important, but more than just the results, the team has grown so much over the six seasons. THIERRY NEUVILLE

Another late drama to the finish line allowed Dani Sordo to earned his first victory in a Hyundai i20 WRC and second WRC victory. An emotional end for Sordo as he earned a hard fought 13.7 sec victory. 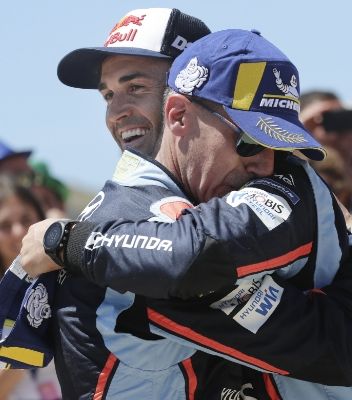 A fight till the end

Thierry Neuville fought till the end, but even a third victory at the Rally de Espana was not enough to beat eventual winner Ott Tanak. But with Dani Sordo and Sebastian Loeb’s third and fourth finish respectively, Hyundai Motorsport extended its manufacturers’ lead to 18 pts.

The team was set to compete in the finale in Australia. However, due to the extremity of the bushfires, the last leg of the rally was canceled and Hyundai Motorsport was crowned the champions of the 2019 FIA World Rally Championship.

A squad of winners

With adrenaline racing, nail-biting victories that provided much excitement for racing and autosport fans alike, this season produced extraordinary results for all of the drivers and co-drivers of the Hyundai Shell Mobis World Rally Team thanks to the synergy and teamwork from the squad, which proved to be the winning formula for this spectacular season.

With three wins under their belt, Belgian pairing of Thierry Neuville and Nicolas Gilsoul finished second on the drivers’ classification. Dani Sordo and Carlos del Barrio first victory at Sardegna was something to cheer about as well. Andreas Mikkelsen and Anders Jaeger-Amland took home 3 podium finishes, while Sebastien Loeb and Daniel Elena frequented the top-three in Chile.

Hyundai Motorsport has truly captured the spirit of Hyundai and our N high-performance brand. The successes they have enjoyed over many seasons have been incredible to watch, and the influence on Hyundai’s road vehicles cannot be underestimated. THOMAS SCHEMERA
HEAD OF PRODUCT DIVISION, EXECUTIVE VICE PRESIDENT, HYUNDAI MOTOR GROUP

The origins of a young Hyundai Motorsport Rally Team only dates back from 2012, with their debut in 2014 after assembling a professional WRC outfit and building their rally car from scratch, with their newest milestone as the winners of the 2019 FIA World Rally Championship.

2020 will be a season to look out for as the winner of this season’s driver’s championship is slated to join Hyundai Motorsport to form an even stronger team to compete with the season starting at Rallye Monte Carlo and concluding at the ACI Rally Monza.

Hyundai Motor Company sends its grief to all those who are affected by the devastating bushfires in New South Wales, Australia.