BTS: From the stage to the pitch

Not only are BTS our number 7 in Team Century, but they are also currently one of the most influential bands in the world. Officially, the seven band members from South Korea entered the world stage in 2013. Since then, they have taken the world by storm and not just on stage!

The Grammy-nominated band has been engaging their fans, ARMY, in their many social projects for many years. In 2021, they performed a special version of their hit, Permission to Dance, at the UN headquarters in New York as the Special Presidential Envoy for Future Generations and Culture. Without a doubt, BTS has not only changed the music scene, but also the world. And it is precisely this story that they now want to continue writing together with Team Century. We sat down with the band to find out more about their greatest goal and what the Goal of the Century and their jersey number mean to them.

Creating a sustainable world is no longer just a task for anyone. It's the Goal of the Century that everyone can achieve in solidarity.BTS, TEAM CENTURY MEMBER

So, BTS, what is the best goal that was ever scored on the pitch?

Why have you joined Team Century?

SUGA: “BTS has become a member of Team Century to help achieve a sustainable world together with Hyundai and the whole world.” 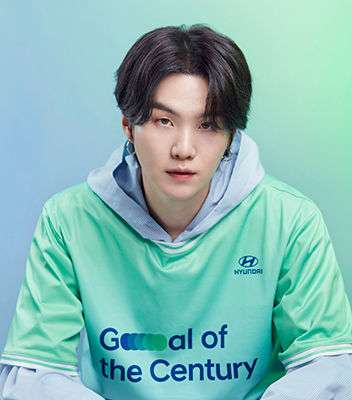 Jin: “Creating a sustainable world is no longer just a task for any one person. It's the Goal of the Century that everyone can achieve in solidarity.” 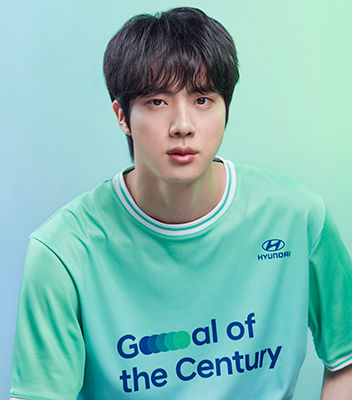 Jimin: “We want to show you a lot more to achieve Goal of the Century with Hyundai and Team Century members, please look forward to what’s coming.” 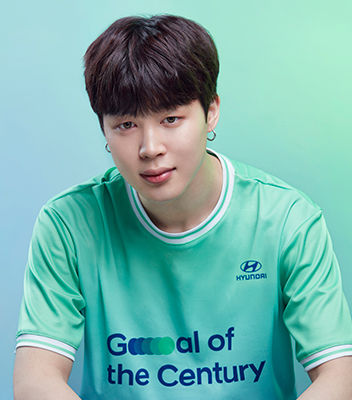 What’s your goal when it comes to scoring the Goal of the Century: A united world for sustainability?

j-hope: “Isn't that everyone's hope? Hope makes us dream, but these days, hope seems to be gradually losing its light around the world. Tomorrow's dream is often the driving force to live today. It is our Goal of the Century that allows future generations to dream and live today.” 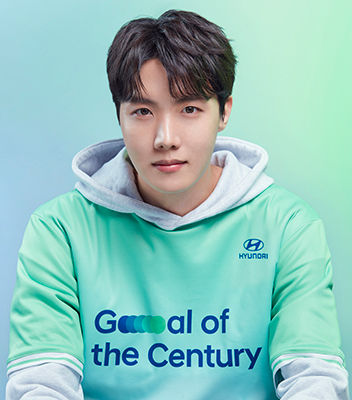 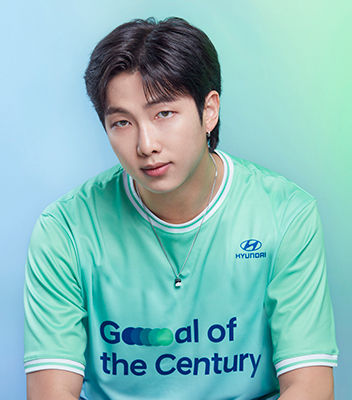 How do you feel about participating in Hyundai’s FIFA World Cup™ campaign?

V: “I’m excited with the idea of solidarity for sustainability which is the core of Hyundai’s FIFA World Cup™ campaign. When you think of FIFA World Cup™, solidarity comes to your mind as the whole world becomes one. So for this project, we’ll do our best to show and bring out BTS’s own unique solidarity.” 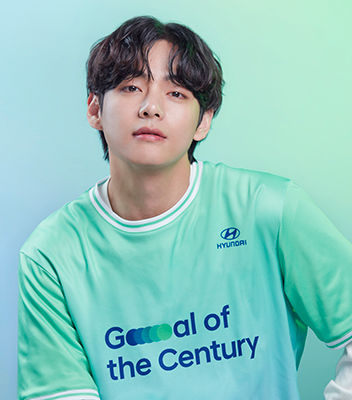 Jung Kook: “It’s an honor to join the meaningful project of Hyundai, and I’m excited to be teamed up with captain Gerrard. We’d like to play our roles to help people unite for the Goal of the Century, we’ll do our best! ” 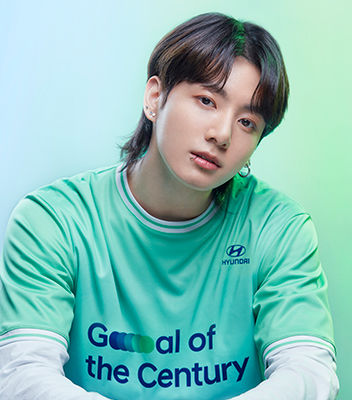 Why did you pick jersey number 7?

Jimin: “The number 7 is the most important number for us as a group. Obviously, and firstly, because we are 7 members. But there is much more behind it. Each of us has his own unique strength. But these strengths only really become powerful when we put them together. That is also the reason why we have made it this far together – because each and every one of us has contributed all he can. That's why it was clear to us from the beginning that the 7 represents BTS like no other number.” We say: BTS - the pitch is yours.

In the coming months, BTS will be working on a music collaboration project for Goal of the Century(GOTC). So, stay tuned. Follow Hyundai(@hyundai ) on Instagram to see them all in action.

FIFA World Cup 2022™ Introducing: The Goal of the Century