Nadia Nadim: A united goal for the future

Our Team Century member Nadia Nadim is a real force on the field and off. Join us as we meet this Danish national team superstar and surgeon to find out more about how she’s uniting the world for sustainability.

At the age of just 14, Nadia’s life was thrown into turmoil, when she was forced to flee her native home of Afghanistan. Driving across Europe in the back of a truck with her family of six women, she hoped for a life with a view of London’s Big Ben. Instead, her family unexpectedly ended up in a refugee camp in Denmark. Today, Nadia is one of the most powerful women in sports and she has the power to inspire the next generation as part of our Team Century.

Nadia has not only become one of the world’s best footballers, but she is also a surgeon specialized in reconstructive surgery, an UNESCO Ambassador, a role model for millions of people around the world. As part of Team Century and the first partnership for Hyundai and Common Goal, she visited and supported the Fútbol Más Foundation in Seville, Spain to share her inspiring story with the children within the organization and enter the pitch with them. 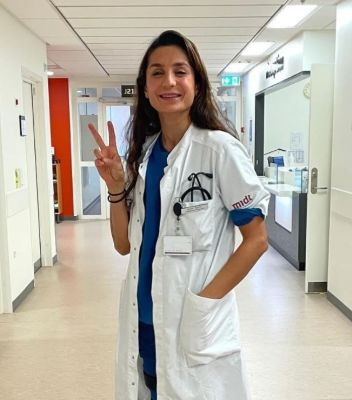 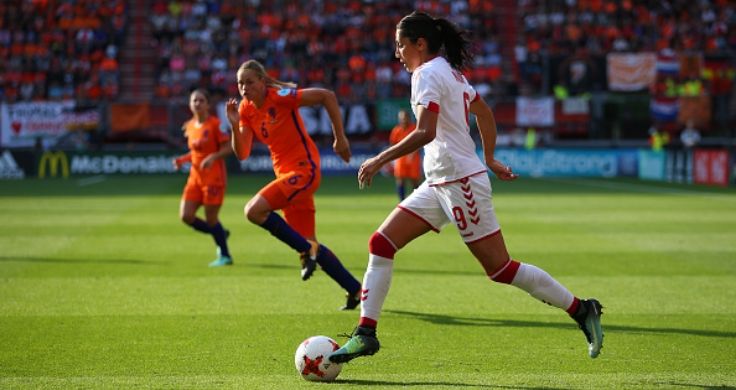 So, Nadia, could you tell us a bit about you and what football means to you?

“I’ve racked up over 100 caps for Denmark national team and had a long career with stops at Manchester City and Paris Saint-Germain amongst others, so football has always played an important role in my life. I believe that football has the power to move and unite people.”

“For me, educating kids to be good football players is also about educating them to be responsible people who protect the planet in which we live. Therefore, together with Hyundai and Common Goal, I visited a small organization on the outskirts of Seville, Spain, to meet with the next generation of football players.”

Can you tell us more about the Fútbol Más Foundation and how they’re building communities through football?

“The Fútbol Más Foundation is an organization that belongs to the Common Goal community. It’s a place where Common Goal’s purpose comes to life as it works to unite the communities through football to tackle the biggest challenges of our time.”

“For me, the work that Fútbol Más Foundation is doing is important because there is nothing worse than being uncertain about your own future. However, it is not too late for us to secure the safety of the next generation. If we unite and act globally, we will be able to protect our globe for them. I have learned so much through football that I implement into each and every part of my life. Football can move and unite people worldwide.” 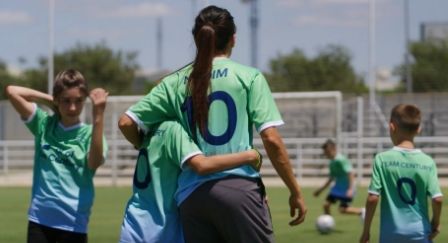 What does your jersey number – number 10 – mean for you, Nadia?

“For Team Century, I have chosen the number 10 because it’s been my number throughout my career. It’s my number. Wearing the number 10 means that you lead the attack and everyone looks at you to score goals and win games. You are the inspiration for the team, the fans, the nation. But it’s more than a number. It’s an example of what dreams may come true and if you work hard enough, you can score all the goals you want.” 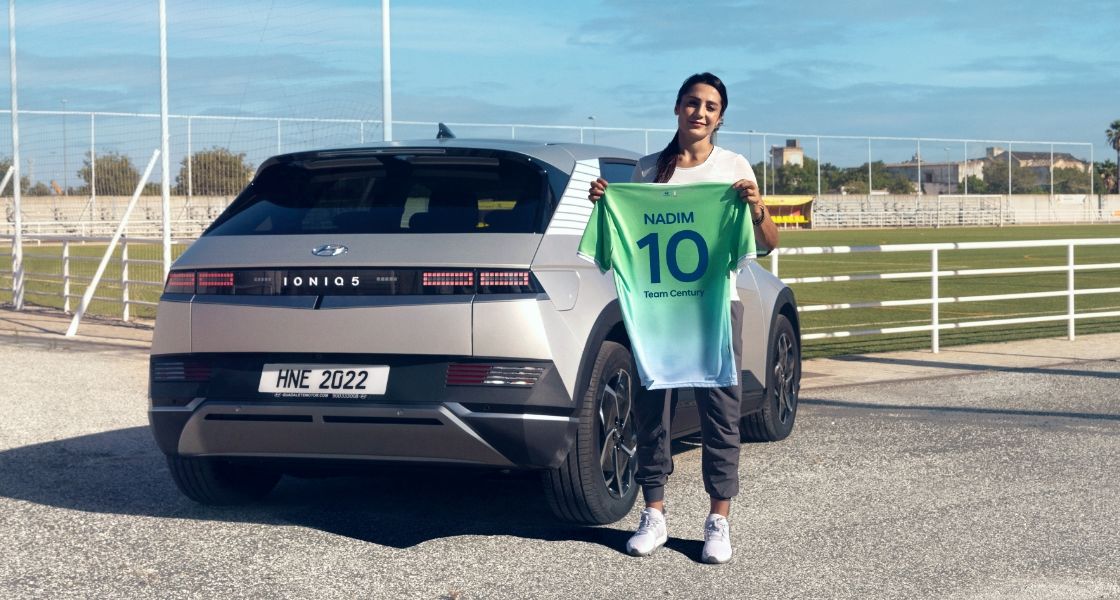 What is the best goal you have ever scored?

“When it comes to the greatest goal of my career, for me, it was the debut for the Danish National Team. I was the first professional footballer to represent the country as a nationalized. I am a mixture of two cultures and of two countries. I have both in me, and I reflect this in ways I think. I am not 100% Afghan nor 100% Danish. I didn’t score a goal in the game, but just playing in that game was the greatest goal I ever scored. However, I won’t stop until I score “The Goal of the Century” – and that would be my greatest goal.”

Want to follow Team Century and find out how they’re helping us to score the Goal of the Century? Follow Hyundai (@hyundai ) on Instagram to see them all in action.

FIFA World Cup 2022™ Introducing: The Goal of the Century

BRAND The Great Shift: Hyundai and the road to carbon neutrality