Excellence, in many industries, has long been linked to depriving the Earth of so much. Yet it isn’t too late to work on turning things around. At Hyundai, we have been exploring the use of high-quality sustainable materials for quite some time, and eco-friendly leather and bio paints are now used in our interiors. We are not alone in our continuing mission for sustainable innovation. Around the world, there are innovators exploring bold new ideas to build an environmentally responsible, cruelty-free future. Introducing some of these groundbreaking efforts.

Leather has been widely used for thousands of years thanks to its versatility and durability, and it has applications in many industries from fashion to furniture and cars. But for a long time, many people have had concerns about the environmental impact of leather and have asked whether alternatives could be found.

Leather made from mushroom roots (mycelium) and plant fibers can be as thin as fabric or thick and heavy-duty. It was first developed by Danish designer Jonas Edvard in 2013 who, after some experimentation, found that the roots and substrate from commercial mushroom production could be shaped and dried into the leather that is free from animal products and plastic. Mushroom leather is non-toxic, waterproof, fire-resistant, carbon-negative and biodegradable. It is now produced by several companies primarily for use in fashion, but there are plenty of opportunities for it to replace real and synthetic leather in many applications. 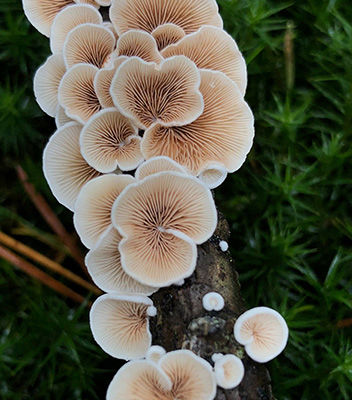 Turning trash into treasure has been a mainstay of sustainability for decades, but only occasionally does its impact extend beyond fashion trends. Carvey Ehren Maigue, a student from the Philippines, has developed an exciting exception to this rule, and won a James Dyson Award in 2020 by turning food waste into renewable energy.

AuREUS is a system of solar panels that turn the UV light in sunlight into energy, but what sets them apart is that these solar panels are made entirely from fruit and vegetable waste. They are designed using the scientific principles that cause the northern lights when high-energy gamma and UV rays are converted into low-energy visible light by luminescent particles in the Earth’s atmosphere. 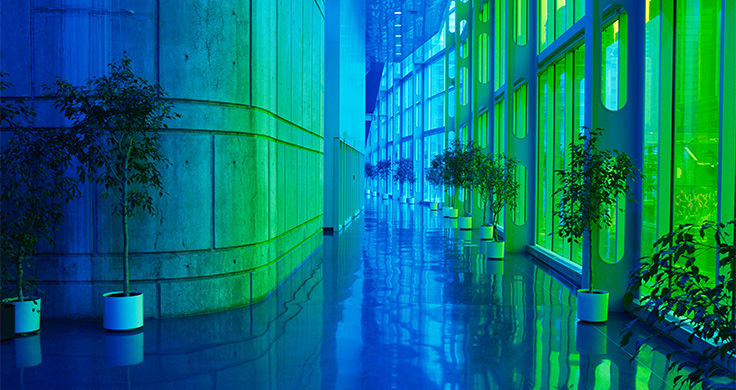 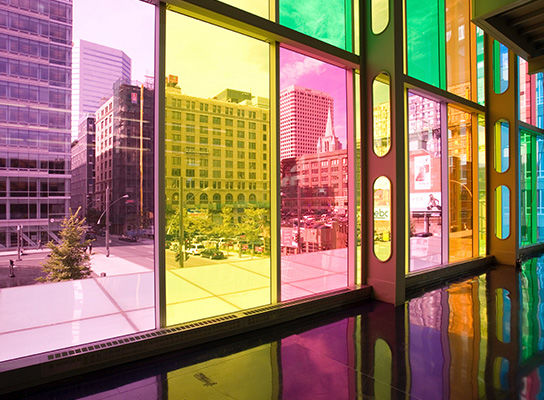 The flexible AuREUS panels can be attached to windows, where they absorb UV light and re-emit it as visible light along their edges. This visible light is then captured by photovoltaic cells and converted to electricity which is processed by regulating circuits to allow battery charging or direct use of the electricity.

What is exciting about AuREUS is its potential applications, which could see entire buildings become solar farms, or solar panels integrated into clothing or even cars.

Dating back to the 1970s, cruelty-free meat has seen rapid development in the last decade and even made it to market with the first commercial sale recorded in Singapore in December 2020. It refers to meat that is produced by cell culture rather than from slaughtered animals and its advocates celebrate its moral, health and environmental benefits, which some estimate at a 14% cut in carbon emissions.

Using the same techniques already developed in regenerative medicine, lab-grown meat starts with cells taken from a living animal and grows more using a controlled lab environment. Once enough cells have been grown, they begin to resemble the meat from the animal they were originally taken from, and they can then be shaped into sausages or patties. In terms of texture, appearance, taste and nutrient profile, they are indistinguishable from actual meat.

But can we expect lab-grown meat on our supermarket shelves in the near future? Possibly. Singapore has become the first country in the world to approve it for commercial sale, and studies show that lab-grown meat is environmentally and economically sustainable. Despite limitations in the technology that currently will see it struggle to feed all carnivores, there is undeniably a lot of curiosity and excitement for it.

Eggs are one of the most versatile and widely used foods on the planet. They are delicious and nutritious, but in terms of environmental impact and animal cruelty, they aren’t all that good for us. Some estimates state that a single egg can take up to 53 gallons of water to produce, and the UN estimates that global demand for eggs will grow to 38 million tons by the end of this decade.

Substituting egg for another ingredient has been practiced by vegan cooks for some time. Often these substitutes are ingredients like ground yellow peas, sorghum, canola oil, or potato starch, but the search continues for a more satisfactory, cruelty-free egg alternative.

To try to address egg demand sustainably, innovators are working on producing plant-based egg products that replicate the nutritional value and behavior of egg whites. One example, from San Francisco-based company Clara Foods, sees yeast used to create proteins similar to egg whites that can be used for cooking and baking. The task of revolutionizing egg production, which hasn’t really changed in a century, is a mammoth one. But economic and environmental motivators mean that innovation in the industry is inevitable.

As for Hyundai’s own innovative solutions, stay tuned to learn more about the sustainable materials we use in our cars and our efforts behind them. There is more to be unveiled soon.