Hyundai × Motional - Bringing IONIQ 5 robotaxis to the streets from 2023

Buckle up, it’s time to welcome the future of autonomous electromobility. Motional - a joint venture from Hyundai and Aptiv - has just announced that their latest driverless IONIQ 5 based robotaxi (hereafter referred to as IONIQ 5 robotaxi) will be available from 2023!

Headquartered in Boston, US, Motional is one of the world’s leading developers of autonomous vehicles (AVs). Their mission is to create, shape, and advance driverless technology capable of saving lives, time, and money. And, ultimately, change the way that the world moves.

When you combine Motional - a leading developer of AVs with Hyundai - one of the world’s leading brand of automotives, you get something uniquely powerful. The result is an exceptional driverless vehicle, which is built with Hyundai’s world-renowned expertise in safety and reliability. The IONIQ 5 robotaxi is globally scalable and ready for mass commercialization and represents an incredibly exciting moment in both Hyundai and Motional’s history.

Based on the all-electric Hyundai IONIQ 5, which launched to critical acclaim earlier this year, the IONIQ 5 robotaxi is an SAE Level 4 autonomous vehicle that can operate without a driver. The first key benefit for autonomous robotaxis is the safety aspect. Driverless technology will significantly improve the safety of our roads by eliminating accidents caused by human error, which will save millions of lives. The next benefit is that we believe autonomous vehicles will provide a more accessible, affordable, and reliable form of transportation for everyone. So, we’re building our robotaxis to offer improved mobility options to a wide range of users across the world.

Inspired by the IONIQ 5

Our first robotaxi model will be based on the IONIQ 5 and will be fully electric. We chose the IONIQ 5 as inspiration because of its focus on sustainability and its highly functional and unique exterior and interior.

The IONIQ 5 robotaxi is the embodiment of the two most transformative technologies in mobility coming together in one vehicle: electrification and autonomy. This zero-emissions robotaxi will not only make transportation safer and more accessible - but it’ll also make it more sustainable. This was a core consideration for the team when thinking about the role of autonomous vehicles and how these vehicles can help to make our cities greener.

The design of the IONIQ 5 robotaxi is also world-class. Based on Hyundai’s Electric Global Modular Platform (E-GMP), the IONIQ 5 robotaxi’s interior provides passengers with a spacious, comfortable place to work, relax, or socialize during their driverless ride. The interior will also feature a suite of rider-focused human-machine hardware to allow passengers to intuitively interact with the vehicle during their ride. Users will be able to direct the robotaxi to make an extra stop, for example. The resulting rider experience will set a new standard for driverless ride-hailing.

We’ve also celebrated the driverless technology in our exterior design by displaying our suite of sensors prominently. This way, passengers will know right away that they’re getting into a driverless vehicle, and we think this will excite them. In this way, the robotaxi design has taken a similar approach to the design process for WRC rally cars as the performance-enhancing ducts on our rally cars are also displayed prominently on the exterior to show everyone that they’re looking at, or stepping into, a high-performance vehicle.

The autonomous system in the IONIQ 5 robotaxi is the product of decades of innovation.

The autonomous system in the IONIQ 5 robotaxi is the product of decades of innovation, during which we’ve tested our technology across 4 vehicles, in multiple cities and continents, and in diverse driving environments and scenarios with zero at-fault incidents. Also, we currently operate the world’s longest-standing public robotaxi fleet in Las Vegas, where we’ve conducted over 100,000 public rides with overwhelming customer satisfaction. The technology has been put to the test time and time again and has been proven safe to operate without a driver.

Motional has a rigorous testing process, all vehicles are put to the test in thousands of challenging and unpredictable scenarios on both closed courses and public roads. The system also benefits from being exposed to a wide variety of driving environments, weather conditions, and behaviors across different locations.

There are 3 characteristics in the IONIQ 5 robotaxi that ensure reliable driving: Sensors, Redundancies and Remote Vehicle Assistance (RVA). Over 30 sensors (a combination of LiDAR, radar, and cameras) are installed to give the vehicles 360-degree vision, as well as the redundant coverage needed for operating safely in a wide range of driving environments. Motional believes that using a combination of LiDAR, radar, and camera sensors is important for safe and effective driverless driving. Combining the input from different types of sensors allows them all to support one another by combining their strengths to give a full, comprehensive view of the world. For example, radar isn’t impacted by weather, LiDAR provides range and distance data, and cameras can identify different objects. 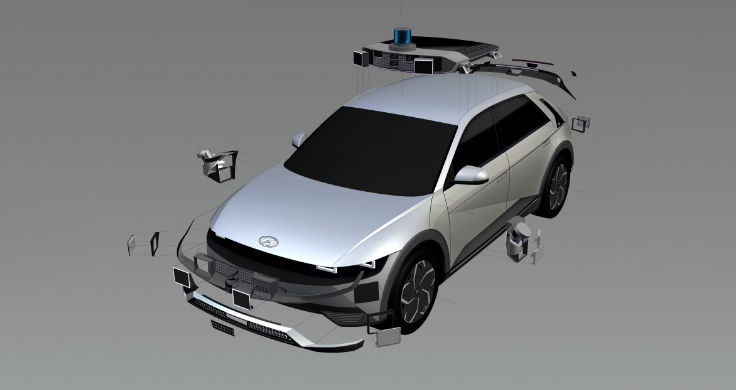 Every system on the IONIQ 5 robotaxi also has a backup - a second system that kicks in if the first one fails. This goes for brakes, steering, communication, and power. Everything is designed to bring the passengers to their destination as safely as possible.

Lastly, ‘Remote Vehicle Assistance (RVA)’ is ready to prepare the vehicle for all kinds of unpredictable scenarios such as construction zones, road flooding, or unexpected and illegal behaviors from other road users. When this happens, a Motional remote operator can connect to the vehicle’s autonomous system instantaneously and either provide the car with a new path to follow or offer other kinds of assistance.

Our partnership with Hyundai on the development process enabled us to create IONIQ 5 based robotaxi that’s uniquely capable, safe, reliable - and globally scalable. KARL IAGNEMMA - PRESIDENT AND CEO, MOTIONAL

This is our first robotaxi designed to transport public passengers without a driver present - it’s a truly driverless experience. For many consumers, this will be the first time they experience driverless technology. Motional doesn’t want passengers to feel as though they’re riding somewhere with a robot. The drive should be smooth, comfortable, and as predictable as it would be with a human driver. Passengers should feel like they’re being driven by someone who is as good a driver as they are. 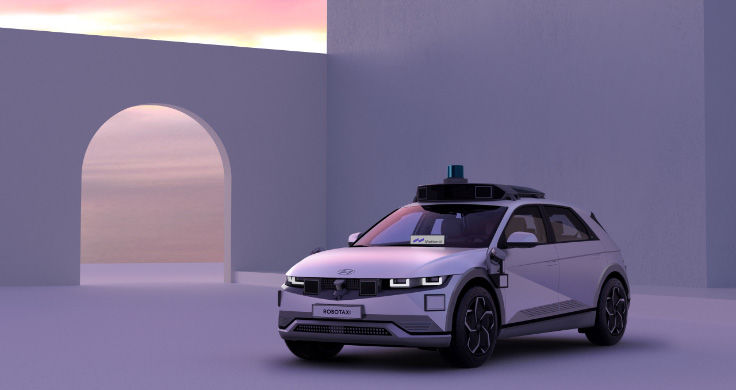 We’re building our robotaxis to serve a range of different users worldwide, such as, busy families who need extra transportation; professionals who can benefit from repurposing their commute time to be more productive; and the elderly and disabled who lack accessible transportation options. Soon, robotaxis will be taking our children to the doctor, bringing us home from work and running our errands. Robotaxis will improve our lifestyles no end and will create a whole new mobility platform from the ground up. Introducing our robotaxi into Hyundai’s future mobility platform, will realize greener and smarter lifestyles for everyone.

When it comes to the urban environment, the robotaxis will conserve energy and reduce traffic congestion in our cities. The more robotaxis are on the road, the more they can absorb the mobility demand in the city, resulting in less greenhouse gas emissions being released. Over time, the IONIQ 5 robotaxi will also contribute to Hyundai’s carbon-neutral goal as it spreads to cities and platforms worldwide, starting 2023.

Stay tuned to see how the IONIQ 5 robotaxi will elevate our lives and contribute to Hyundai’s carbon neutrality goal together with our other platform solutions like our urban air mobility and purpose-built vehicles. Follow Hyundai’s Instagram(@hyundai) to find out more about our cars and mobility products for the next generation.

IONIQ Power your art: Bringing light into darkness with the IONIQ 5