Ever since humans first began to walk on two feet, we have striven to extend our range of activity. Finding a new method of roaming quickly and freely across the land has always been a momentous discovery. Prior to the invention of motorized vehicles, the horse played a vital role in fulfilling the human hunger for freedom of movement, enabling us to expand our horizons and our experience. Hyundai has developed a vehicle that reflects that image of the horse, to offer a new style of urban trekking: Imagine yourself in the depths of the night, roaming on horseback through the Babel of an undiscovered city. The NEOS-II is a modern-day steed that is most at home not on the open plains or the racetrack, but galloping through the dark city night


The fruits of the "urban horse-trekking" concept can be seen in the bold exterior styling, redolent of a leaping horse; in the compact body, once suited to the byways of the grasslands and now equally at home in narrow city streets; and in the interior, which focuses on the front seats to give the driver and passenger room to breathe freely. The NEOS-II is a vehicle for two grown-up urbanites who want to roam the city in style - a premier-class vehicle offering a driving experience that's something out of the ordinary. This new-concept vehicle embodies the crossover between the technical performance of a car and the physical pleasure of a horse to provide just a taste of Hyundai's future design direction. 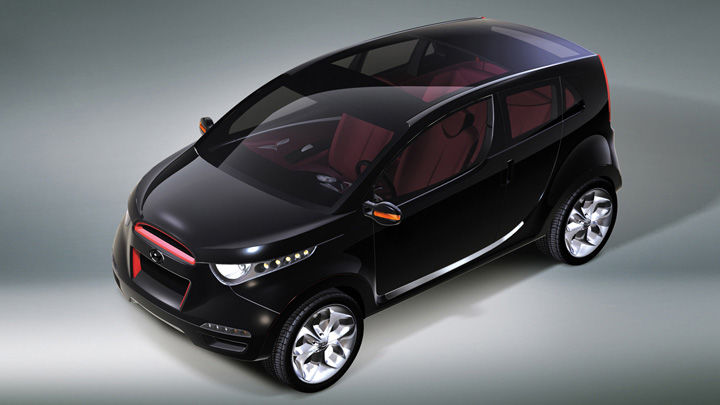 The motif of the powerful horse creates an unmistakable presence not usually seen in this class of vehicle. The body reflects the compact strength of a leaping horse. The effortlessly muscular legs of a tall, handsome steed can be glimpsed in the front and rear fenders.
The powerful character line (J-line) running from the back of the front fender to the rise of the rear fender is a metaphor for the tightly coiled power seen in a horse's flank. With its large, crystal-clear eyes, the front end hints at the countenance of a wild horse. 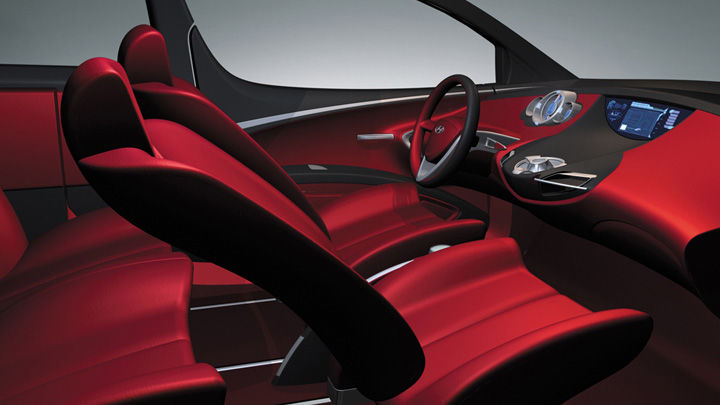 An interior package based on the horse-trekking motif.
- Priority placed on the front seats, to offer a front space surpassing that of luxury cars.
- High hip point and eye point.
- The crossover between finely crafted fittings like the high quality seats reminiscent of saddlery and advanced technology such as LED illumination, large monitor and haptic commander interface creates a bewitching, futuristic interior. 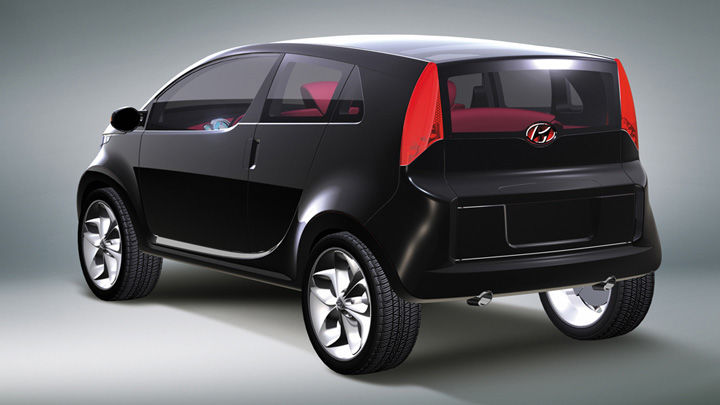