Hyundai Announces I45 Will Arrive In 2nd Quarter

Hyundai announces i45 will arrive in 2nd quarter

Hyundai Motor Company Australia will launch i45, the all-new mid-sized sedan, in the 2nd quarter of 2010.

The car is already setting the standard for residual values in North America. The entry trim model fitted with the six-speed automatic transmission received an impressive 36-month residual value of 54 percent of manufacturer’s suggested retail price (known as Manufacturer’s List Price in Australia) from Automotive Lease Guide (ALG), the U.S. benchmark for residual value estimates, and a leading provider of data and consulting services to the automotive industry.

The residual value of the all-new Hyundai mid-sized sedan topped popular competitive 2010 models from Toyota, Nissan, Ford, and Chevrolet, in addition to premium brands such as Lexus, BMW and Mercedes, representing the lowest depreciation in the U.S. mid-sized car segment.

The Hyundai outperformed Honda, depreciating US$640 less over a three-year period than a comparably-equipped 2010 model year Accord. Strong residuals add to the value equation, indicating higher trade-in value for buyers and lower monthly payments for lessees.

Australian bound i45s will be produced in South Korea.

“We are very excited to be launching the all-new i45 mid-sized sedan in Australia in the coming months, said Oliver Mann, Hyundai Motor Company Australia’s Marketing Director. “Already breaking records in South Korea and receiving awards in the U.S., i45 is going to make a considerable impact in the competitive Australian mid-sized segment.”

Based in Santa Barbara, California, ALG is the industry benchmark for residual values and a leading provider of data and consulting services to the automotive industry. ALG publishes the "Automotive Lease Guide" -- the standard for Residual Value projections in North America, and has been forecasting automotive residual values for over 40 years in both the U.S. and Canadian markets. ALG is a company of Dealer Track Holdings, Inc. (Nasdaq:TRAK). 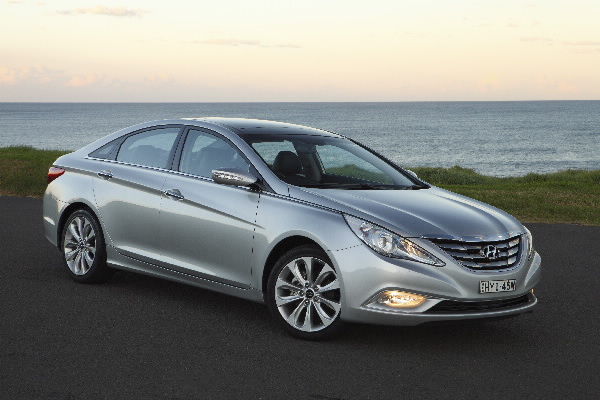