Hyundai Motor Company, South Korea’s largest automaker, launched a new worldwide brand campaign called “Live Brilliant” as part of its efforts to reinforce its brand management activities and fulfill its vision to become the most beloved automotive company in the world, rather than the largest.

Unlike Hyundai’s previous campaigns that were executed regionally, the “Live Brilliant” campaign is the company’s first worldwide brand campaign with one single communication applied to all major markets to build up a consistent image as a global brand. The new campaign, based on Hyundai’s enhanced status, is expected to help global customers have a unified image of Hyundai and get a better understanding of the company’s ‘Modern Premium’ values which aim to provide more customers with new experiences and values beyond their expectations, in Hyundai’s innovative ways.

Hyundai analyzed customers’ characteristics and lifestyles to determine what they wanted and expected from an automobile. Based on these expectations, combined with Hyundai’s goal of achieving “Modern Premium” values, Hyundai derived the communication concept “Brilliant.” In the campaign, this “Brilliant” concept is expressed by not only showing Hyundai’s excellence to make customers’ lives brighter, but also depicting shiny visuals through sunshine or moonlight.

The short film-style advertising consists of four episodes, whose themes are Self, Love, Friendship and Family. The multi-award winning director Juergen Bollmeyer delicately portrayed lights, cars and beautiful lives in the brand films, while `Departures,’ a song from the original soundtrack of the movie “Like Crazy” (Winner of the Grand Jury Prize for Best Picture at the 2011 Sundance Film Festival) is used as the background music for the films.

Hyundai launched its new brand direction at the 2011 North American international Auto Show in January last year, announcing its new brand direction of ‘Modern Premium’ and its new brand slogan, ‘New Thinking. New Possibilities.’ `Modern premium’ is based on the concept that today’s car buyers want more from a car than status and extra features for features’ sake. They want a car that is not only used as a means of transportation, but as a ‘Life Space.’

In order to promote Hyundai’s shift to brand management, Hyundai launched a series of innovative marketing activities including the ‘Mega Orgel’ corporate ad, where 427 stunt drivers in Sonatas create an audio piece for the new slogan. As a result of such activities and more, Hyundai’s brand value surged 19.3 percent to about US$6 billion in Interbrand’s Best Global Brands 2011, marking Hyundai as the fastest-growing brand in the auto industry.

The “Live Brilliant” campaign, which begins this month starting with global pan media, will gradually launch in all markets and will not be limited to TV ads, but carried out on printed media and digital media in order to maximize interactive communication with customers. 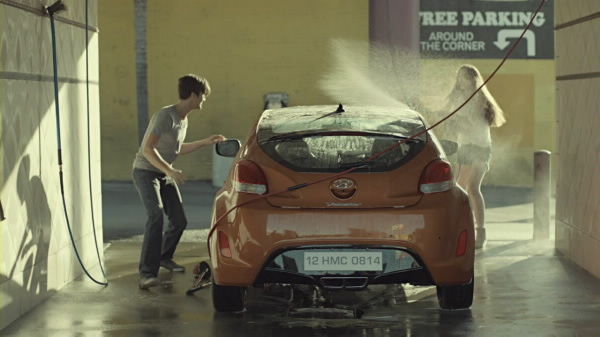