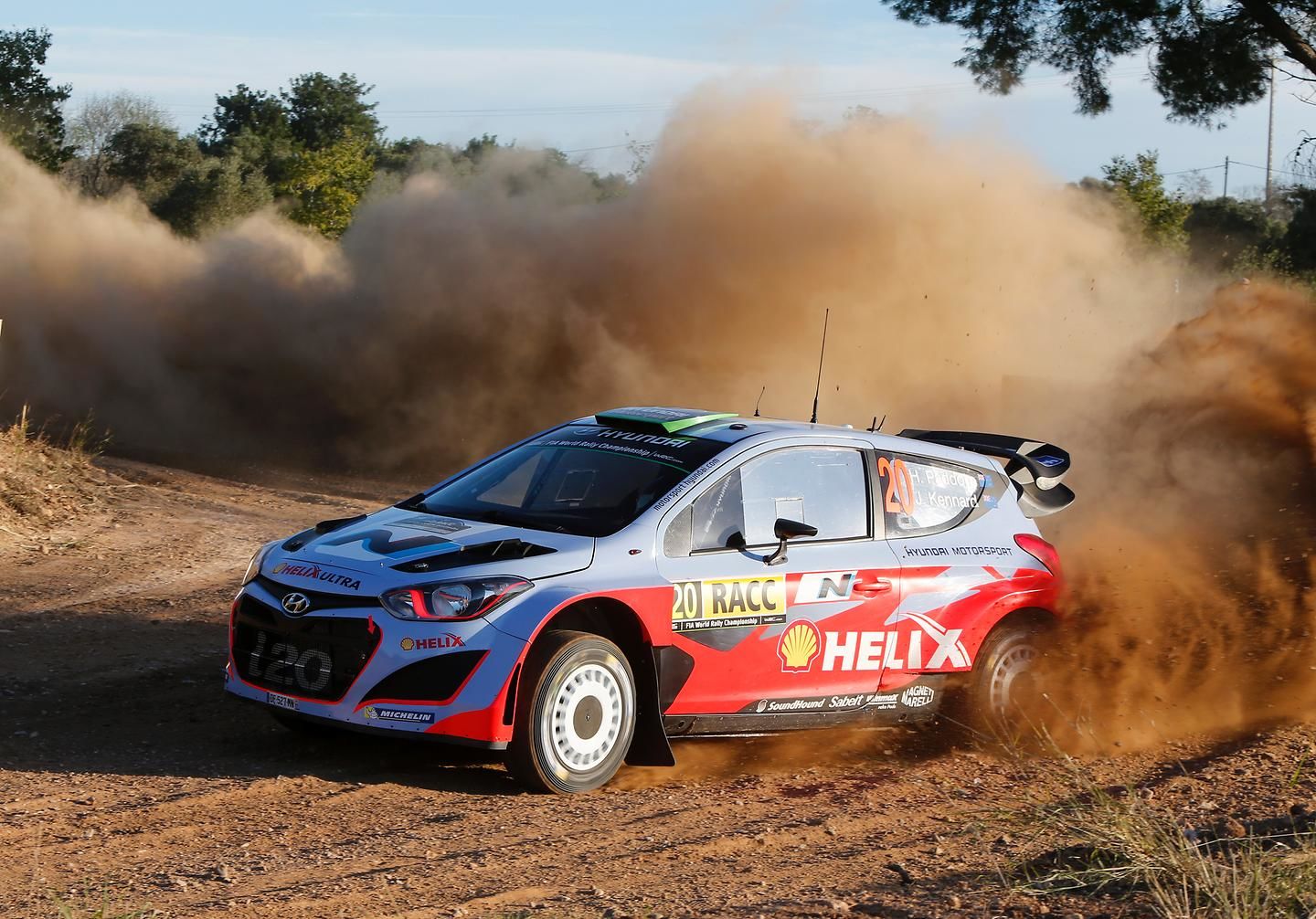 reclaim second in the Manufacturers’ Championship

• Hyundai Motorsport will field three cars in next week’s WRC Rally de Espana from Oct. 23 to 25, the penultimate round of the 2015 FIA World Rally Championship

• Thierry Neuville and Dani Sordo will be joined once again by Hayden Paddon aiming to reclaim second place the Manufacturers’ Championship.

October 16, 2015 - Hyundai Motorsport will move along to WRC Rally de Espana next week from Oct. 23 to 25, the penultimate round of the 2015 FIA World Rally Championship (WRC), with the target of recovering second place in the Manufacturers’ Championship standings.


The team was forced to relinquish its hold on second place in the Manufacturers’ Championship despite a competitive performance at WRC Rallye de France. However, just one point separates the team from its target position, so the focus for Spain will be on outscoring the closest rivals.


Hyundai Motorsport drivers will need to adapt quickly to the surface changes in Spain to convert the cars from gravel to tarmac specification during the rally. The tarmac will be especially tough on tyres in hot conditions so tyre management of the Hyundai i20 WRC will play an important part of the strategy.


Team Principal Michel Nandan commented: “Rally de Espana is a very specific event with its unique mix of gravel and asphalt stages. The event starts with a Super Special Stage in Barcelona, which will attract thousands of local spectators and excited rally fans. On Friday, we have a mainly gravel itinerary, interspersed with some asphalt sections on the Terra Alta stages. The evening service is special because we have just 75 minutes to change the cars to a tarmac specification ahead of the final two days of tarmac running. We find ourselves in a close fight for second in the Championship, so we know we have to be on top form over the entire rally in our efforts to reclaim second place.”


Thierry Neuville and his co-driver Nicolas Gilsoul showed their potential in Spain last year, leading the rally briefly and securing a stage win. They will be hoping to put the frustration of Rallye de France behind them as they chase Championship points.


Thierry Neuville said: “Rally de Espana is a very special event because it is the only one where we switch from gravel to tarmac, so it is quite a challenge. First of all, our team has to use evening service to make sure the car is ready by changing the suspension, gearbox and other components. From our point of view, we have to make the switch in our driving and ensure we have a good feeling, not losing any time. It is a very complex rally. The stages are very nice but we know that there are lots of new parts this year. I expect it will be a big challenge but I’m sure it will be a good weekend. We will be pushing for as many points as possible.”


Dani Sordo has had several competitive top-five performances in his hometown rally in Spain. Along with compatriot co-driver Marc Martí, he was on impressive pace in Corsica, Rallye de France, and will enjoy the Spanish home crowd as inspiration for a strong result next weekend.


Dani Sordo commented: “It is always a good feeling when I drive in Spain because it is my home rally – I like to drive here in front of a lot of passionate spectators. I have good memories here and will use the local support to good effect. You always get an extra boost from the home crowd! I know the stages quite well but it is still a new challenge, especially as there some new stages this year. It will be a fun event and I am looking forward to pushing for the best times that we can possibly get. We are hoping to gather as many points as possible in our fight for second place.”


Hayden Paddon secured his first WRC stage win at last year’s Rally de Espana. He and his co-driver John Kennard have come along way since then, having taken their top-five result at Rallye de France early this month, following another fine run.


Hayden Paddon said: “I am really excited to be going to Spain again. I like the challenge of the event’s mixed surfaces and we had some really good times there last year. Obviously the gravel stages are what I am looking forward to most, but the tarmac stages are also a real pleasure to drive on. This is especially true when conditions are dry and it feels like a big racetrack! Hopefully we can put some of the lessons that we have learned recently to good use there. We want to have a good push on the Friday on the gravel, try to get a good road position for the rest of the rally and try to finish near the front.”


The Rally de Espana features a revamped route of 331.25km, kicking off with a super special in Barcelona. Rally de Espana has an extensive history, first run in 1957 and joining the WRC in 1991. It is unique as the only mixed surface rally of the season, featuring both tarmac and gravel stages.