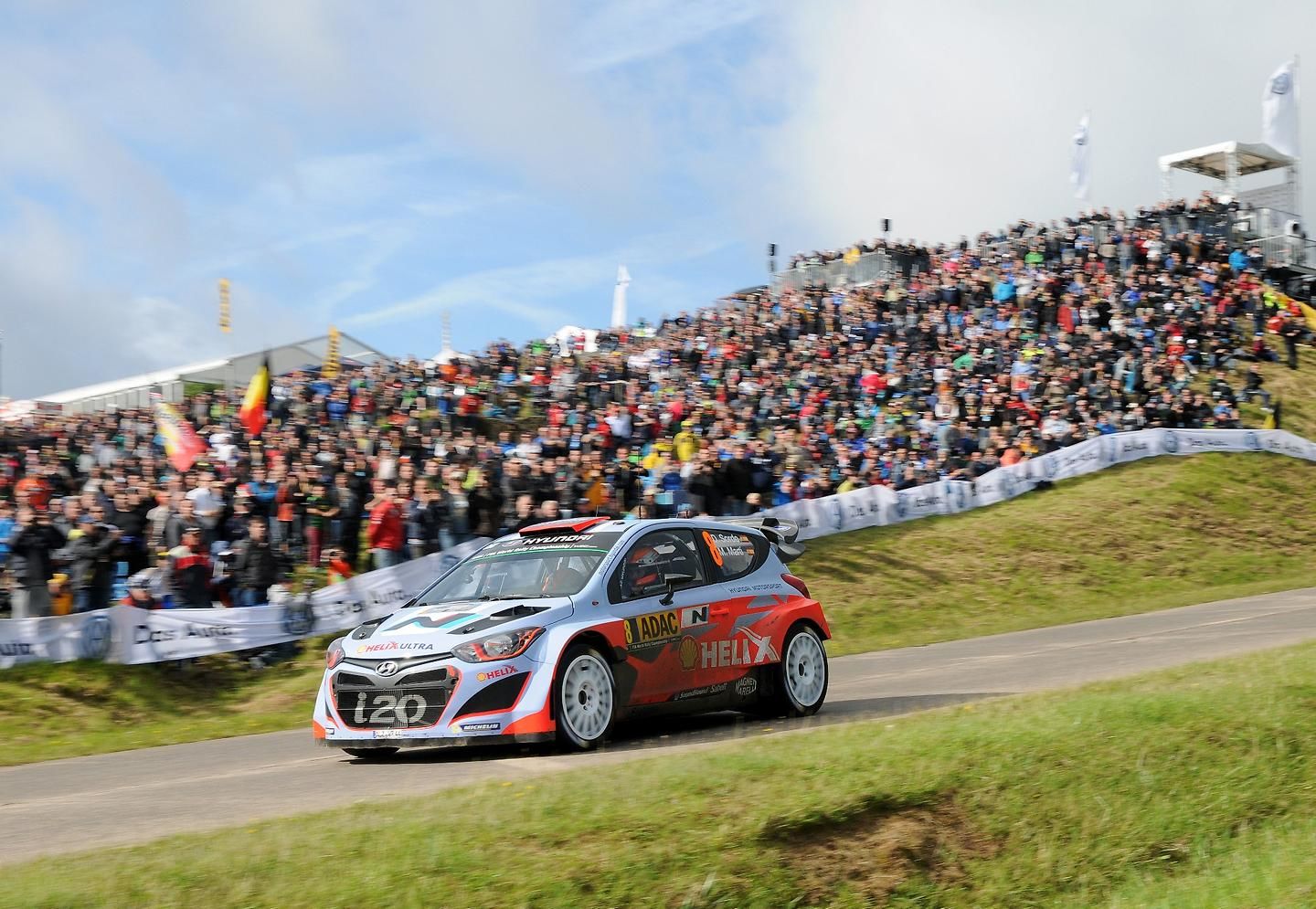 November 4, 2014 – Hyundai Motorsport GmbH has today announced that Spanish driver Dani Sordo has signed a two-year agreement to remain as one of the team’s drivers in 2015 and 2016 alongside Thierry Neuville.

The 2014 season has been a learning year for the nascent Hyundai Motorsport team and Sordo has played a key role in the squad’s continued development. He took a memorable podium in Germany, helping the team to secure an impressive 1-2 in just its ninth WRC event.

Confirmation of his appointment alongside Neuville for 2015 will give the team a strong pair of drivers, who will push each other to help the team progress yet further next season – and beyond.

Details of exactly which events Sordo will contest next year will be confirmed in due course, although it is expected that the Spaniard will take part in at least ten rounds of the Championship.

Dani Sordo said: “I am delighted to be continuing my partnership with Hyundai Motorsport following a very successful debut season working together. We have shown great promise with the Hyundai i20 WRC this year and we will never forget the 1-2 result at Rallye Deutschland, which was a truly special moment. It is a great team of dedicated, passionate individuals and I look forward to continuing our learning curve in the competitive world of rally.”

Team Principal Michel Nandan commented: “Dani has demonstrated impressive consistency this season on different types of terrain. He has shown himself to be quick in different circumstances, in the face of challenges and, most importantly, to be a valued team player. We are pleased to continue our collaboration with him into 2015 and 2016. Next season, he will take part in at least ten WRC events, alongside Thierry, before a full season in 2016. Our driver line-up for next season is very strong and we have seen the results of the partnership between Dani and Thierry already this year in Germany, where we celebrated our fantastic 1-2. Let’s hope this is the start of similar celebrations in the future.”