• Hyundai Motorsport has begun testing with the Hyundai Veloster N ETCR, the company’s first electric racing project.
• The car completed two days of running at the Hungaroring circuit near Budapest to start an extensive development program ahead of a race debut in 2020
• Revealed at IAA in Frankfurt earlier this month the Hyundai Veloster N ETCR lays the foundation of a new pillar for Hyundai Motorsport, with expansion into electric motorsport.

The brand new car completed two days at the Hungaroring near Budapest last weekend, completing the test trouble-free. The days at the circuit – already an established part of the FIA WTCR and TCR Europe calendars – allowed the engineers to learn more about the chassis balance on the technical circuit, and to begin to harness the power from the mid-mounted electric motor to maximize performance and efficiency.

Using the expertise in Touring Car racing shown in both the championship winning i30 N TCR and Veloster N TCR, the aim is to produce a similarly strong all-round package for when the ETCR category begins racing next year.

Unveiled earlier this month at IAA in Frankfurt the Veloster N ETCR is the first electric racing car to be built by Hyundai Motorsport. The mid-mounted motor and rear-wheel-drive layout are also firsts for the Alzenau, Germany based team. With batteries fitted in the floor of the design, and double-wishbone rear suspension the chassis is radically different from any previous Hyundai Motorsport project, increasing the importance of each testing session.

The project is expected to lay the foundations for a new pillar within the company as it expands into new technology that is increasingly relevant to Hyundai’s road-going range. The development of the Veloster N ETCR will also help drive the development of future high-performance electric car designs.

The days in Hungary were only the start of an extensive testing program for the coming months. Every system on the car will be scrutinized and honed over the course of the development schedule to bring the strongest possible entry to the first ETCR grid in 2020.

Hyundai Motorsport Team Director Andrea Adamo said: “The first test for any new project is always a very important date, but with the Hyundai Veloster N ETCR it takes on greater significance. It is our first electric race car, and our first chassis to have a mid-mounted motor and rear-wheel-drive. We have shown with the i30 N TCR and Veloster N TCR that we can produce a very strong Touring Car, but now we have a lot to learn about this new package before the racing starts in 2020. The next few months will be very busy – we essentially have two challenges; we have to develop the chassis, but also learn to use the power from the batteries and motors effectively. However, with the testing schedule ahead I am confident that our engineers will be able to produce another race winning car.” 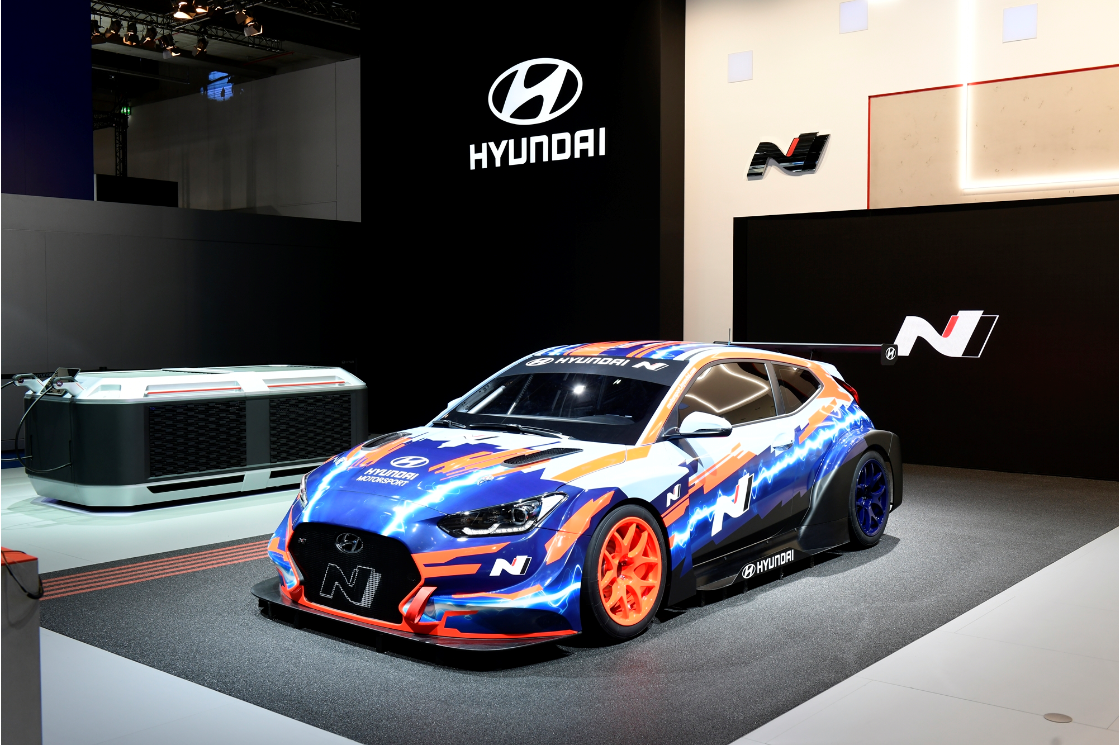