Hyundai Will Reach Out to Fans across the Country through National, Local and On-site Programs Touting Hyundai’s Top Brand Loyalty Ranking from Kelley Blue Book’s kbb.com

COSTA MESA, Calif., Sept. 14, 2011 – Hyundai kicks off its support of college football this week as it becomes the presenting sponsor of “Thursday Night College Football Live” on ESPN for this season’s inaugural Thursday game featuring Louisiana State University and Mississippi State. The sponsorship is just one element of Hyundai’s multi-pronged college football marketing program designed to connect the loyalty of Hyundai owners with the passion of college football fans and the traditions of college football teams across the nation. Hyundai has also established official sponsorship relationships with 15 schools, and will add nine more next season, providing on-site sponsorship, marketing, media and hospitality opportunities.

The overall program includes 64 experiential on-site displays at some of this season’s most high-profile matchups, print, online and local media support, and in-game advertising during 13 featured games across ABC’s family of networks including ESPN and ESPN2.

The campaign continues Hyundai’s overarching marketing strategy of “Big Voices in Big Places,” ensuring that Hyundai’s brand is represented in the nation’s most high-profile events and attractions including the Super Bowl and Academy Awards. The campaign will build upon Hyundai’s number one Owner Loyalty ranking from Kelley Blue Book’s www.kbb.com.

“College football is all about tradition, loyalty and passionate fans, and no one appreciates that more than Hyundai,” said Steve Shannon, vice president of Marketing, Hyundai Motor America. “Hyundai owners love their cars, so it’s no surprise that their support has pushed us to the top of consumer loyalty rankings.”

Hyundai’s support for college football brings the brand directly to the fans through a multi-year agreement with IMG College, which manages the media and sponsorship rights for the schools Hyundai is partnering with, and helped develop the local campus marketing programs. Amidst tailgating and pre-game celebrations, Hyundai has established official sponsor relationships with 15 of the most historic football programs in the country, with the most loyal and passionate fan bases, to bring vehicle and information displays to 64 games this year. The 15 teams include: Alabama, Arizona, Arkansas, Auburn, Cal, Florida, Florida State, Georgia, Georgia Tech, Ohio State, Oregon, Pittsburgh, South Carolina, Texas and Virginia Tech.

Game-day display elements will include on-field promotions, on-site displays, tickets for hospitality and unique giveaways. Hyundai’s engagement will grow from 15 teams in 2011 to 24 in 2012, extending its relationship with college football and its fans.

Hyundai’s partnership with ESPN as the presenting sponsor of Thursday Night College Football Live includes seven executions of programs on ESPN/ESPN2. The current schedule includes programming on September 15 and 29, October 6, 13, 20 and 27, and November 10. The creative will focus on connecting fans’ passion for their teams to consumers’ passion for Hyundai, and spots will run both pre-show and in-game. In addition, Hyundai will extend the loyalty message into ESPN Magazine’s college football coverage throughout the season.

In addition to Thursday night games, Hyundai spots will appear in additional Saturday broadcasts, weaving Hyundai into 13 of the most highly anticipated matchups of the college football season.

Digital extensions include sponsorship of the online CFB Live show every Wednesday of the season, sponsorship of conversation surrounding a game each week that had the best home field advantage and integration into Facebook and Twitter.

Hyundai Motor America, headquartered in Costa Mesa, Calif., is a subsidiary of Hyundai Motor Co. of Korea. Hyundai vehicles are distributed throughout the United States by Hyundai Motor America and are sold and serviced through about 800 dealerships nationwide. All Hyundai vehicles sold in the U.S. are covered by the Hyundai Assurance program, which includes the 5-year/60,000-mile fully transferable new vehicle warranty, Hyundai's 10-year/100,000-mile powertrain warranty and 5-years of complimentary Roadside Assistance.

Journalists are invited to visit our news media web site: www.hyundainews.com and follow us on Twitter: @Hyundai.com 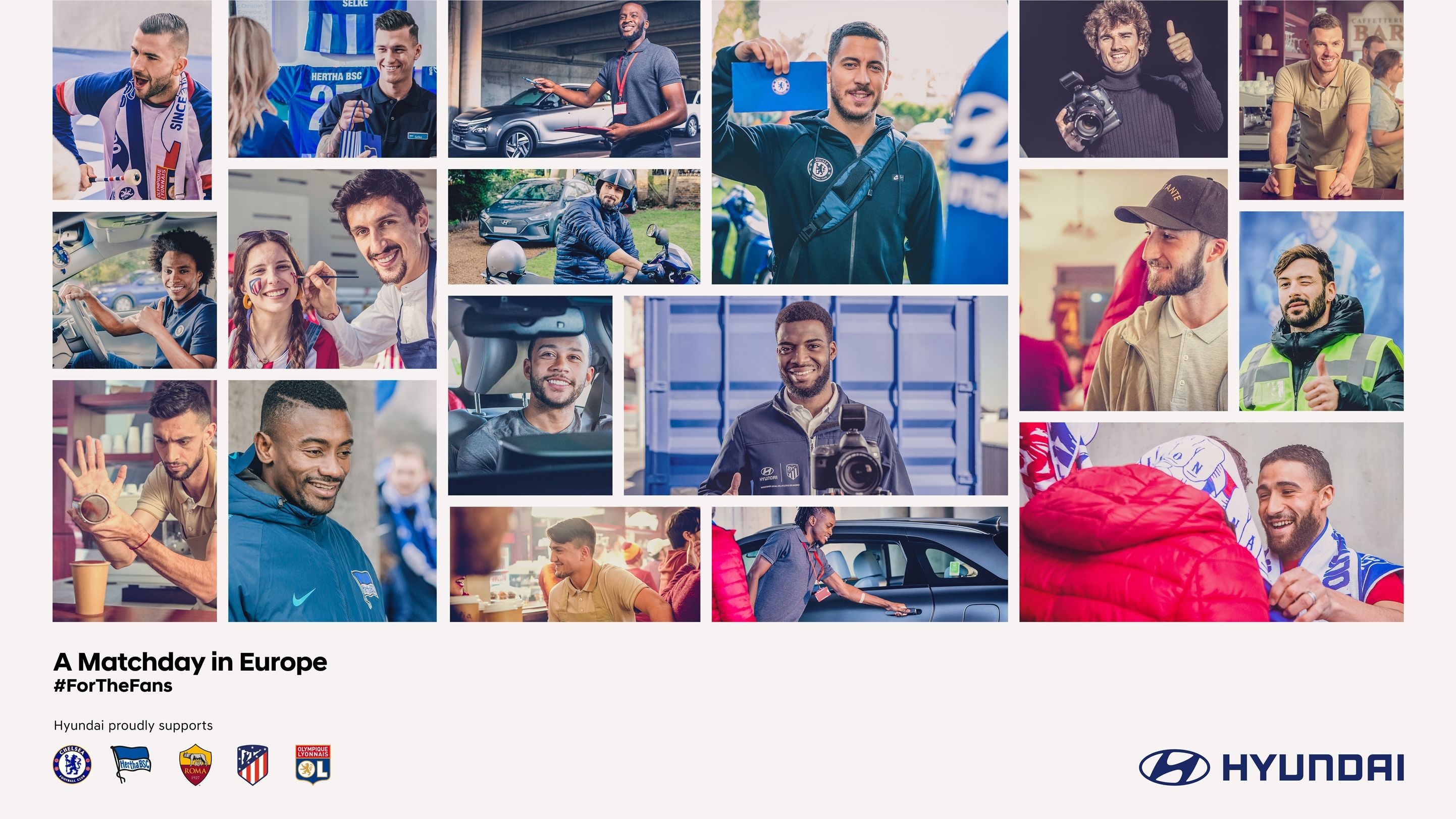 Hyundai Maintains No. 1 Spot For Brand Loyalty On KBB.COM