• Hyundai Motorsport to attend an event that does not involve the team’s WRC program for the first time
• A very high level of interest is expected, with the new car on the stages and in the Service Park in the center of Ypres.


June 21, 2016 - The New Generation i20 R5 customer motorsport car will appear in public for the first time next weekend from June 23 to 25, running as a course car at the Ypres Rally, the fifth round of this year’s European Rally Championship (ERC). While the Customer Racing department at Hyundai Motorsport prepares for the crucial weekend, Team Principal Michel Nandan speaks about what he expects at the rally, and where the Belgian event fits into the development program for the car.

The 2016 Ypres Rally will be the first public showing of the New Generation i20 R5. How significant is this event?
“That this will be the car’s maiden run in public, in front of rally fans and our future customers on the stages is significant in itself, but it is also a special event in the history of Hyundai Motorsport. Our attendance at this event, is separate from our WRC program, which has been our sole focus for much of the last four years. For the Ypres Rally weekend we focus on the New Generation i20 R5, the first Hyundai Motorsport car built for customers. This is a very important project for the company, not only because it will represent us to customers, but it will also carry the Hyundai brand to a wider audience of motorsport fans. With this new car we will be able to give an even greater profile to the high-performance engineering capabilities of the manufacturer by competing in new championships, new countries and in front of new fans.”

Why was the Ypres Rally chosen for the first public appearance of the car?
“There are several reasons, because the Ypres Rally serves several purposes for the New Generation i20 R5 project. The ERC is a key championship for the R5 category, and the Ypres Rally is one of the biggest weekends of the season. It’s a famous event that always attracts a big entry list, with a lot of international interest, so it’s great place to show the car for the first time. We’ve had a huge amount of interest in the project, but potential customers want to see how the car performs on proper competition stages. The Ypres Rally will be the first time we have run on the same roads as our future competitors, so people will be able to start comparing us against the current ERC field. They will be able to see the results of the work that has already gone into the project, but at the same time the Ypres Rally is just another part of the development of the car.”

How does running at the Ypres Rally fit in with the continuing development of the New Generation i20 R5?
“With our first outing in public the New Generation i20 R5 project is entering the final stages of development. The weekend at Ypres is a pivotal weekend for the Customer Racing department, but we are also taking advantage of an opportunity to continue our testing. The stages in Ypres are unique; very fast, very narrow but still demanding on brakes. Due to the demands of the R5 class it is important that our car is competitive on a wide range of roads and surfaces. This has been one of the key aims of the test program. The mileage completed at Ypres will add to our knowledge about the car. Following Ypres there are further tests planned, as we want to make the most of the time we have up to our planned homologation date.”

The schedule of the project has been quite tight, has that been a concern during development?
“When we drew up the schedule for the Customer Racing department we knew that it was a tough task. To go from foundation, through testing to the first public appearance in just nine months is very demanding, even more when developing a car for such a competitive category as R5. Sometimes the tight schedule we have set ourselves have meant being flexible in our planning. This has allowed us to make the best use of the time; whether that be adding to the test mileage the car has completed, or developing and preparing the car back at Hyundai Motorsport headquarters in Alzenau.”

Are you satisfied with the amount of testing the New Generation i20 R5 has completed during its development?
“So far we have completed more than 3,000km with the New Generation i20 R5, running on both gravel and tarmac. As a team we are where we planned to be at this stage of the project. In the early tests we were focused on the reliability of the car, before moving on to concentrate on the handling. For that our test driver Kevin Abbring was able to use his experience of the other R5 cars to help develop a car that is suitable for the full range of drivers that compete in the various championships where the category has been adopted. Testing, though, is only part of the development work that has been needed. I know the designers, engineers and mechanics have all worked incredibly hard to keep the project on schedule. A successful weekend in Ypres will be a welcome reward for the whole team.”

What are the next stages for the New Generation i20 R5 project after the Ypres Rally?
“We have some more tests planned before homologation. For the test team the main objective for the remaining development will be to extract the maximum performance from the whole package. The team is also looking further ahead to what we need to do in order make the New Generation i20 R5 project a success in the long-term. In order to do this we have begun recruiting engineering staff who will continue the development work and offer teams support, while our sales department prepares to manage the needs of our customers, once they begin to compete with their new car.”

About Hyundai Motorsport GmbH
Established on 19 December 2012, Hyundai Motorsport GmbH is responsible for Hyundai’s global motorsport activities and primarily for its World Rally Championship programme.  Based in Alzenau on the outskirts of Frankfurt in Germany, the company embarked on its debut season in the FIA World Rally Championship in 2014 with a bespoke team of skilled staff and a brand new car, the Hyundai i20 WRC. The team made a strong impression in its first year claiming podium results in Mexico and Poland, as well as a memorable 1-2 in Germany. In its second season, the team was involved in a closely fought battle for second place in the Manufacturers’ Championship, adding more podiums and stage wins to its tally. For its third season in WRC, Hyundai Motorsport has developed a brand new car, the New Generation i20 WRC, which made its rally debut with a podium finish in Rallye Monte-Carlo in January 2016. 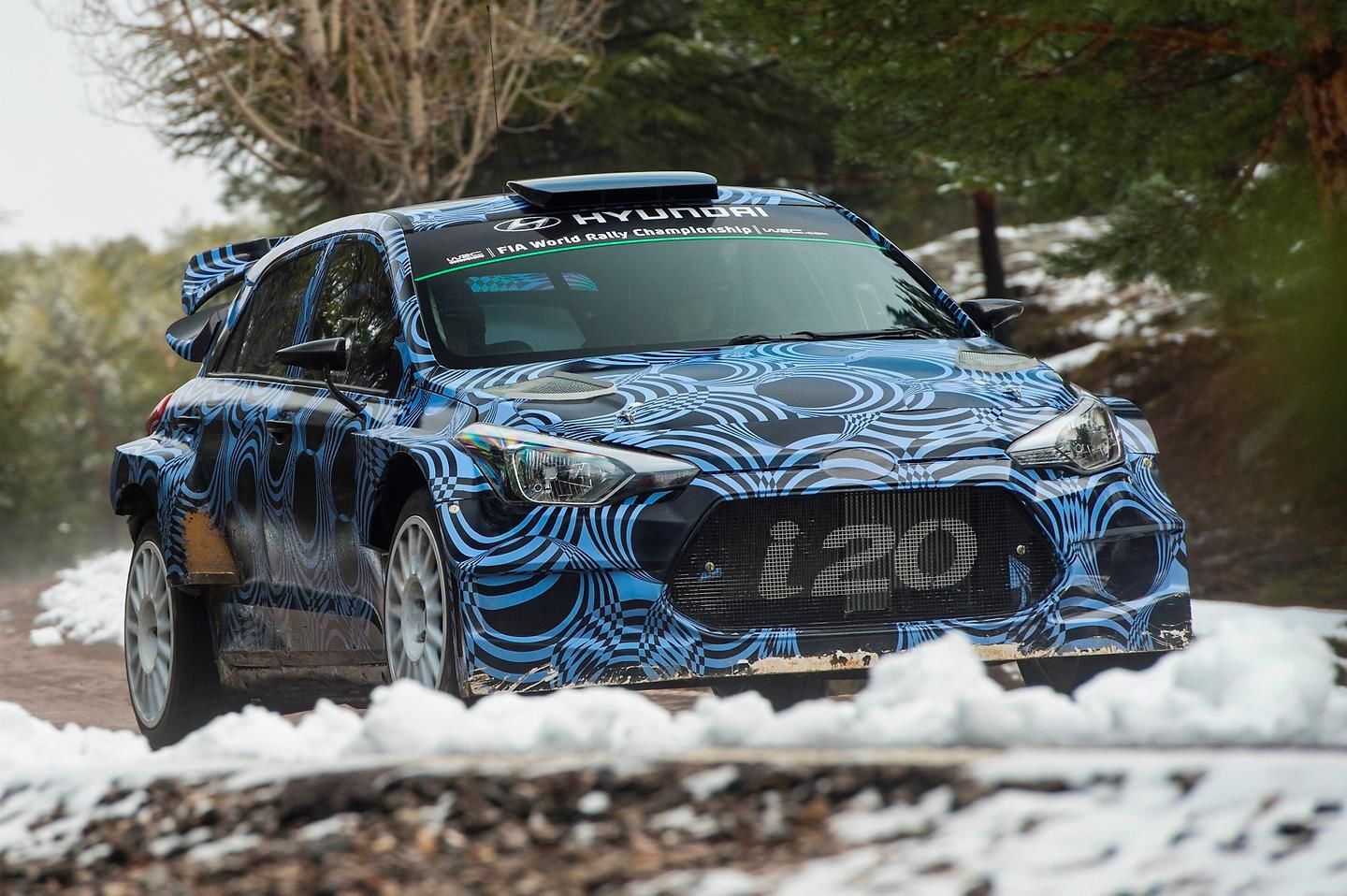