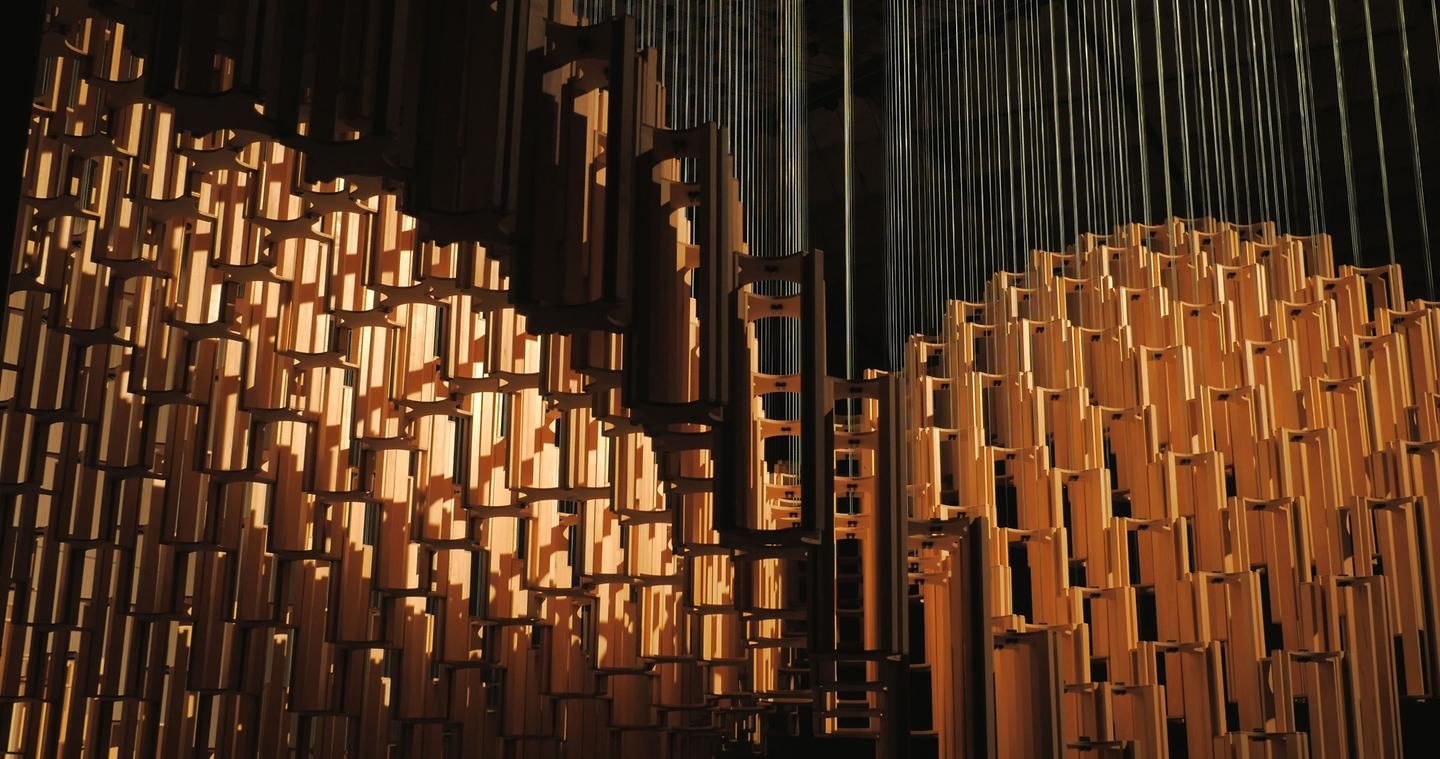 The ‘Helio Curve’ installation is Hyundai Motor’s latest contribution to its ongoing ‘Sculpture in Motion’ collaboration with international artists and a part of its commitment to sharing and fostering design excellence in all its forms. The ‘Sculpture in Motion’ project name encapsulates motion within a space and between spaces –hinting at how Hyundai Motor is sharing ‘art of motion’ by bringing displays from different cities around the world.

As design becomes an ever more important element of the brand’s identity, Hyundai Motor uses the annual Milan Design Week as a stage on which to present its Fluidic Sculpture design philosophy, where the creative process is always adaptive, flowing and inspired by nature.
Bringing movement to life, ‘Helio Curve’ takes on the form and motion of a continuously moving living organism, demonstrating the way a ‘moment of motion’ can take a more tangible, sculptural form while still retaining its natural energy and movement.

“I am glad to introduce ‘Sculpture in Motion’ project again at the Milan Design Week so that more people can experience, feel and empathize with our design philosophy. ‘Sculpture in Motion 2.0’ expresses Hyundai Motor’s signature design DNA ‘fluidic’ through analog technology and movements. Going forward, we will continue to communicate with our customers regarding our design philosophy in various ways,” said Peter Schreyer, President and Chief Design Officer of Hyundai Motor Group.

‘Helio Curve’ recreates the movements of an ocean wave by suspending 400 open-celled tongue-and-groove wooden blocks within a five-meter cube, each block linked by string to an electrically-powered metal drive. The individual blocks appear to be connected to form a wave over 10ft (3m) high, which ebbs and flows in a continuous rhythm of ‘living motion’ that never repeats, highlighting the variability and harmonious flow of organic movement - and celebrating movement itself as an art form. In total, the installation measures 26m in length and is 9m wide by 5m tall. It also features a lighting design that work with ‘Helio Curve’ to cast a huge fluidic shadow – enhancing the experience of visitor’s further.


The Artist – Reuben Margolin
Collaborating with Hyundai Design Center for the 2015 show, California-based artist Reuben Margolin creates an engaging and immersive large-scale kinetic installation that combines the logical world of mathematics with the complex movements, structures and sensuousness of nature.

After studying Mathematics and English at Harvard (US), Margolin studied classical drawing (Florence, Italy) and monumental painting (St Petersburg, Russia), before embarking on a 15-year career creating large, mechanically-driven art installations in major cities across the globe. Margolin’s approach to his work is closely aligned with Hyundai Motor’s Fluidic Sculpture design philosophy, celebrating the precision, intelligence and energy of movement in the natural world.

Describing the form and function of ‘Helio Curve’, Margolin said, “They are made of wood, aluminum, and copper, and are driven by overhead structures containing electric motors, cams, levers, thousands of pulleys, and miles of cable or string. Although their modular fluidity is reminiscent of digital graphics, their motion is instead produced by layering the effects of simple mechanical components. People’s delight in both the dynamic overhead structures as well as the suspended wave has been immensely gratified.”

The composer adopted three key themes of ‘Cozy’, ‘Modern’, and ‘Neo Classic’ to pay homage to nature’s vibrant yet tranquil energy, which the artwork emulates. The soundtrack will make its premier on the evening of April 13 with a live crossover between orchestra and DJ.


‘Sculpture in Motion’ project
‘Sculpture in Motion’ is Hyundai Motor’s ongoing collaborative project with artists to reinterpret movement and enable more people to experience and connect with its Fluidic Sculpture design philosophy. The project was launched for the first time at the 2013 Milan Design Week with an interactive kinetic laser light sculpture and went on to win a prestigious Red Dot award for Communication Design, later that year.

Occupying 1,000 square meters, the installation was made up of 12,000 translucent spheres, acting collectively as a screen, surrounded by eight high-powered lasers and suspended over a pool of water. The installation’s performance was created by lights, lasers and interactive media which employed a special 3D scanning system to register visitors’ body warmth, allowing them to explore and manipulate the installation by using their gestures to create shapes.


Intrado showcases design approach
Visitors to the 2015 Milan Design Week will be introduced to the Hyundai Motor brand before they see the new ‘Helio Curve’ art installation as the Intrado concept car, premiered at the 2014 Geneva Motor Show, is on display in front of the exhibition hall.

The car’s use of lightweight materials, radical construction methods and an advanced powertrain raises efficiency, while the design focus inside and out is on meeting the needs of consumers with busy lifestyles. The distinctive exterior shape of Intrado is dictated by the need to be aerodynamically efficient as well as visually appealing.


Milan Design Week
Launched in 1961, Milan Design Week is held every year in April, featuring the latest in furniture and design from countries all over the world. It is considered the largest event of its kind with as many as 13,000 of the world’s leading furniture designers showcasing their latest designs in a single event.

About Hyundai Motor
Established in 1967, Hyundai Motor Company is committed to becoming a lifetime partner in automobiles and beyond. The company leads the Hyundai Motor Group, an innovative business structure capable of circulating resources from molten iron to finished cars. Hyundai Motor has eight manufacturing bases and seven design & technical centers worldwide and in 2014 sold 4.96 million vehicles globally. With almost 100,000 employees worldwide, Hyundai Motor continues to enhance its product line-up with localized models and strives to strengthen its leadership in clean technology, starting with the world’s first mass-produced hydrogen-powered vehicle, ix35 Fuel Cell.
More information about Hyundai Motor and its products can be found at:
http://worldwide.hyundai.com or www.hyundaiglobalnews.com 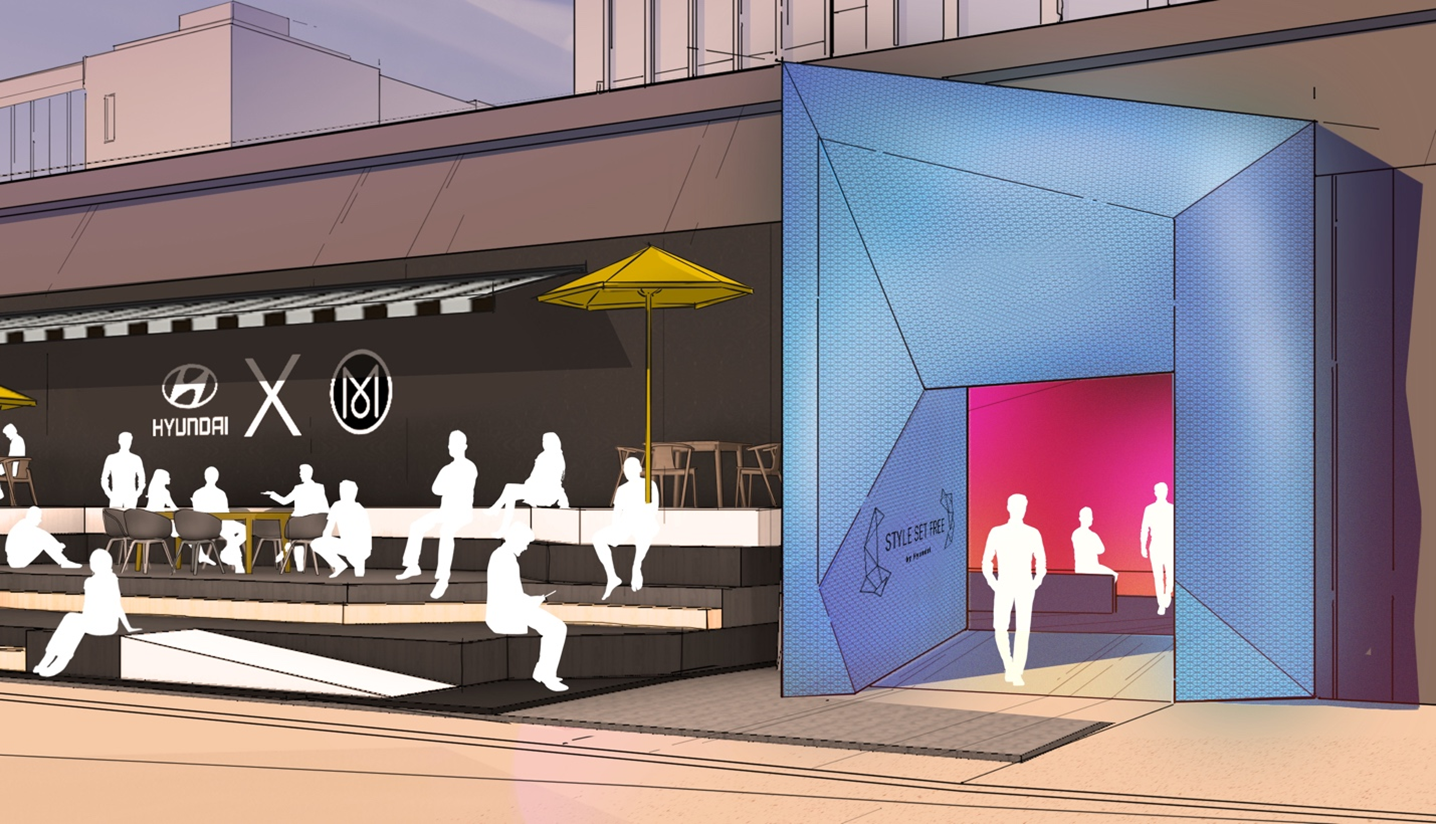