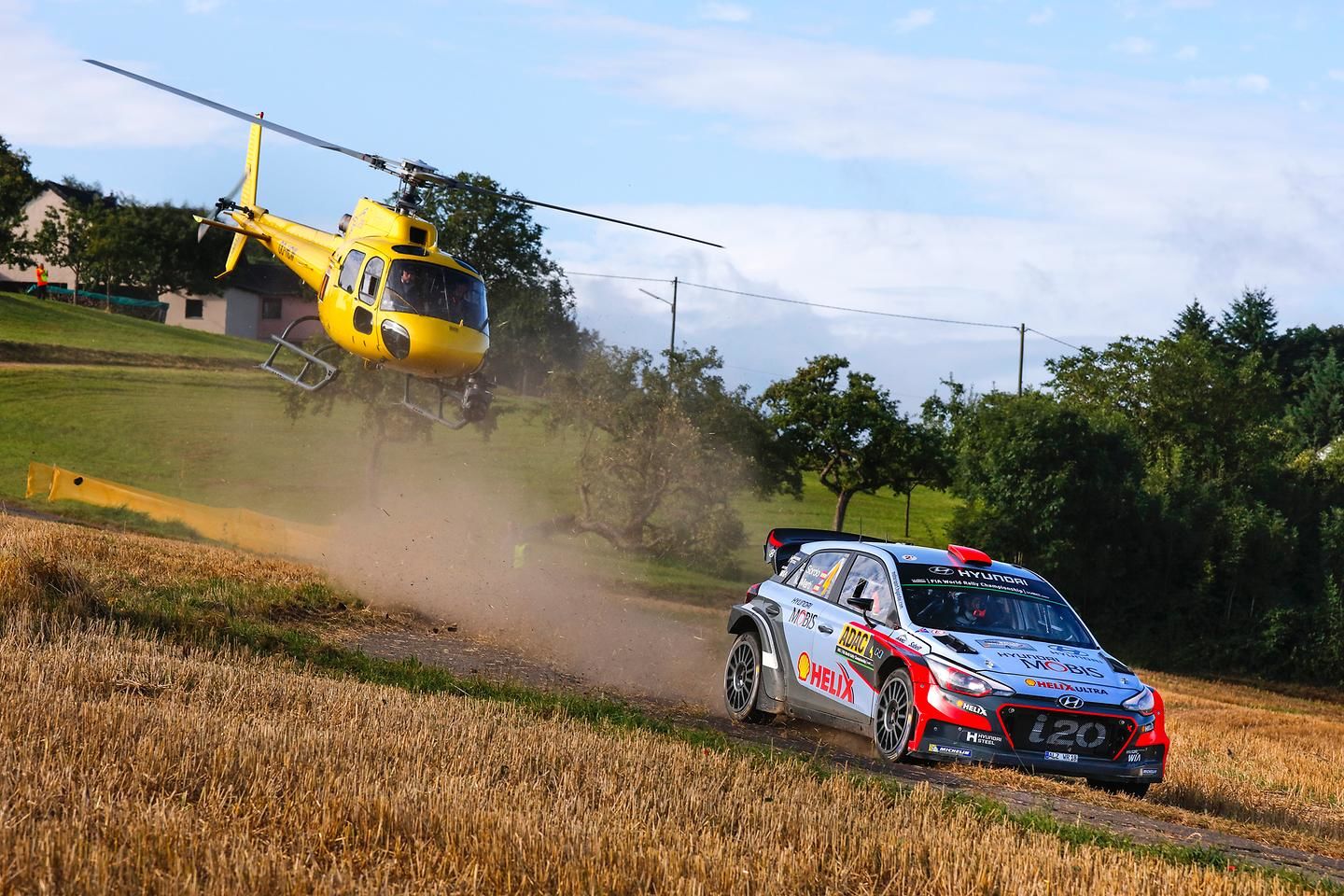 August 22, 2016 - Hyundai Motorsport has claimed a fantastic double podium result with Dani Sordo and Thierry Neuville finishing in second and third respectively in Rallye Deutschland, the ninth round of the 2016 FIA World Rally Championship (WRC).

The fight came right down to the wire - the 14.84km Sauertal Power Stage - following the cancellation of the penultimate stage (SS17 Dhrontal 2). Although Neuville claimed Power Stage honours - and three extra Drivers’ Championship points - it was Sordo who took second place honours.