Double Win for Hyundai Motor at 2016 What Car? Awards


Double Win for Hyundai Motor at 2016 What Car? Awards

January 14, 2016 – New Generation Hyundai i10 has retained its position at the top of its class after being named ‘Best City Car’ by What Car? for the third consecutive year. The vehicle was also recognized as ‘Best Buy between £10,000-11,000’. Praised for its refined cabin, smooth engine, extensive kit list and practicality, i10 continues to hold off competition from the likes of VW Up and Skoda Citigo.

Jim Holder, Editorial Director of Autocar, Pistonheads and What Car? said: “In 2014, i10 managed the remarkable feat of knocking the superb Volkswagen Up off the top spot. Despite facing new and updated rivals, it retained its position in 2015 and has come out on top again in 2016. Like the Skoda Citigo and VW Up, i10 is a comfortable and nippy city car that’s easy to park and cheap to run. However, it offers a more refined cabin, a smooth engine, an extensive kit list and far greater practicality. Those factors combined to result in a car that’s easier to live with and better to drive.”

Holder continued: “Supporters say hydrogen fuel cell technology holds the key to the future of sustainable motoring. Critics point out that there is next to no vehicle safety recharging infrastructure and that developing it will be hugely costly and that the fuel cell technology itself is far too complex and expensive to hold any mass appeal. Our judges’ counter to that and say that all-new technologies need early champions, and that Hyundai Motor’s bravery in trying to force change is to be applauded.”

Tony Whitehorn, President & CEO of Hyundai Motor UK, said: “Winning Best City Car for the third consecutive year is a huge accolade for the cleverly-packaged i10.  It continues to be our best-selling model despite being the oldest car in our product line-up.  The fact that it was only launched in 2014 shows just how far the Hyundai brand has evolved and continues to evolve. We have one of the youngest ranges in the industry and a firm eye on the future with the world’s first commercially-available hydrogen-powered vehicle available to buy right now.”

The ix35 Fuel Cell is fitted with a 100 kW (136 PS) electric motor, allowing it to reach a maximum speed of 100mph. It produces no harmful emissions during driving with only water vapor coming from the tailpipe. The official driving range on a single tank of hydrogen is almost 370 miles, providing range in line with a conventionally-powered car. 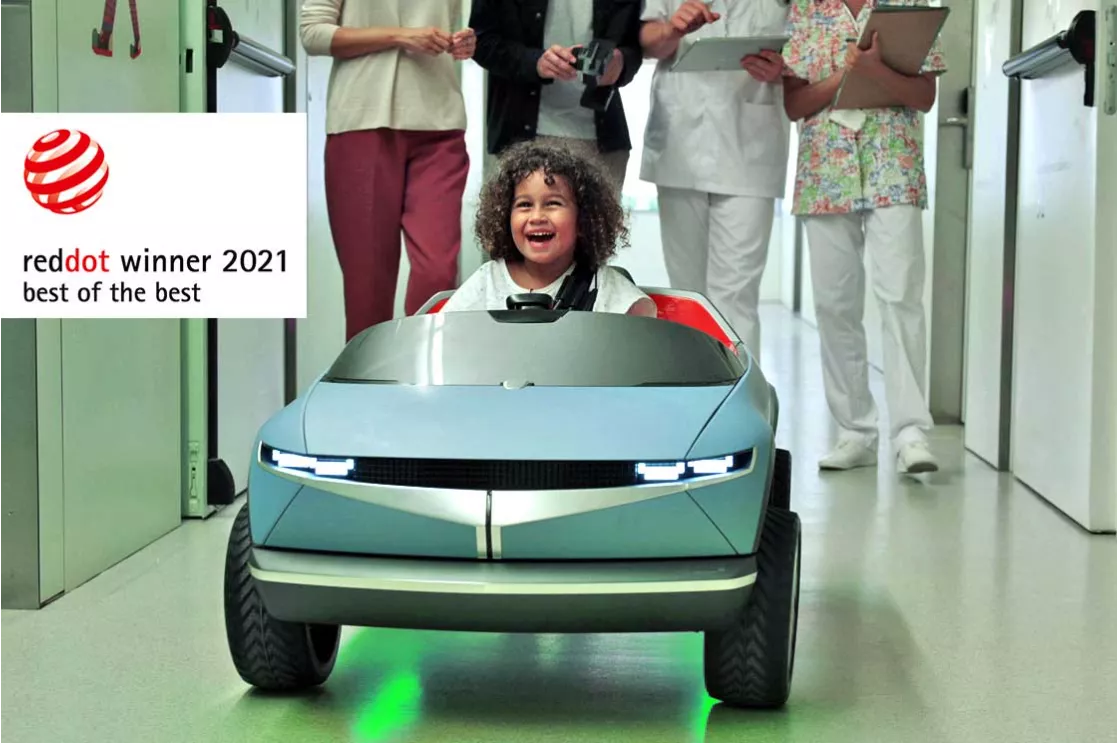