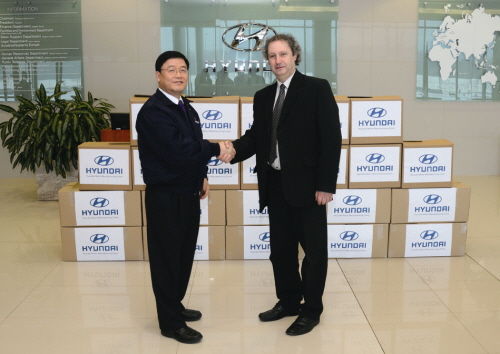 HMMC ran a drive for collecting second-hand clothes from among its employees from January 27 through 28. Conducted for the second time this winter, the campaign collected twenty-two boxes of second-hand clothes to be donated in total. The latest campaign attracted three times as much winter jackets, pants, and hats as the December campaign did. These clothes were delivered to Charita Ostrava, a local charity organization, on February 1.