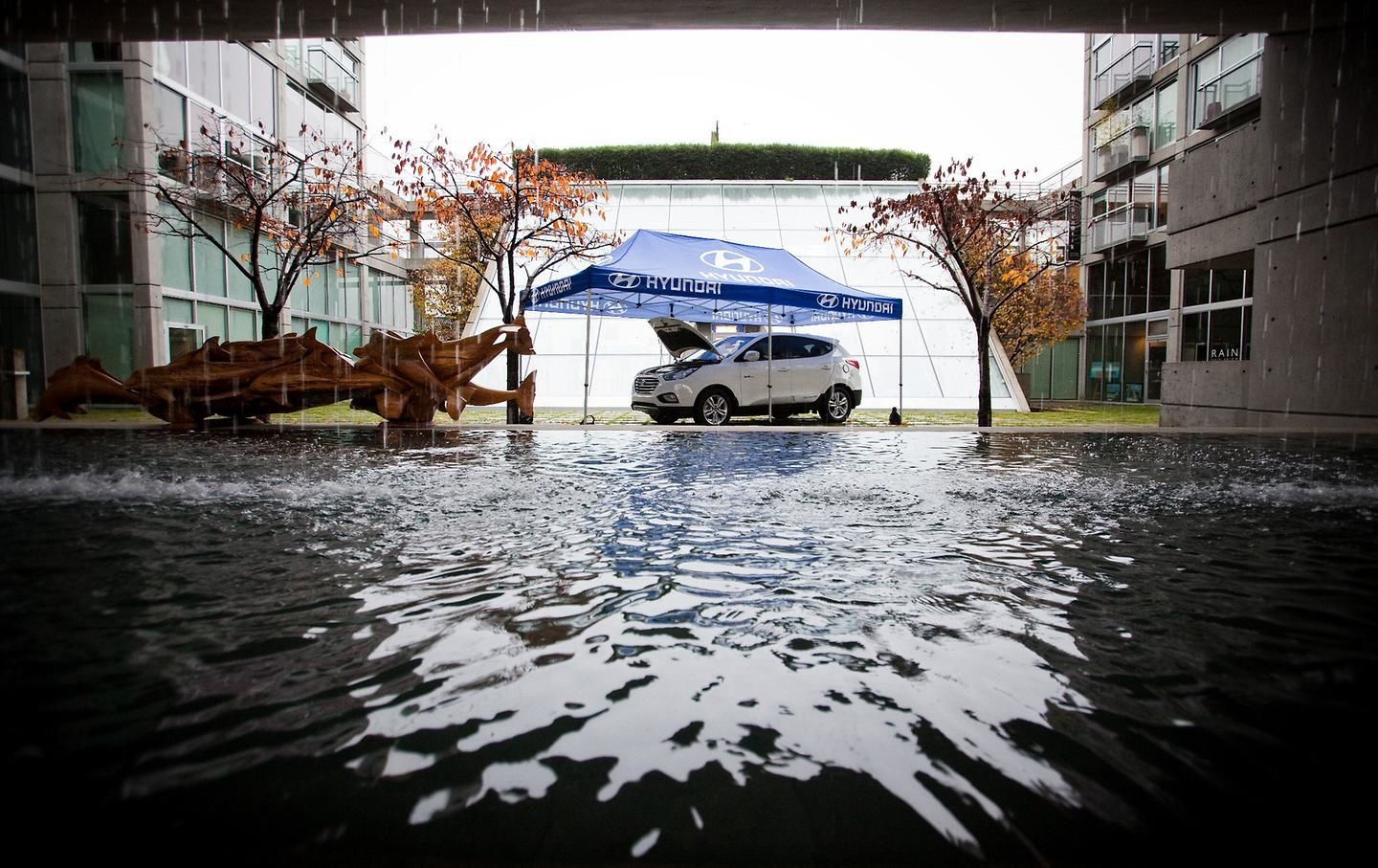 - Hyundai established global leadership in fuel cell vehicles by becoming the first to mass-produce the zero-emissions Tucson Fuel Cell in 2013
VANCOUVER (November 26, 2014) – Demonstrating leadership in implementing advanced engineering and zero-emissions technology, Hyundai Auto Canada Corp. announced today that it will be the first automotive company to make hydrogen fuel cell electric vehicles available to the Canadian public and launched a dedicated website to find its first customer. The Hyundai Tucson Fuel Cell Electric Vehicle (FCEV) will be available to Canadians on a 3-year lease beginning in early 2015 in the Vancouver area.

"We firmly believe that Hyundai has already surpassed the tipping point in fuel cell technology development and that it’s ready to be driven by customers interested in pioneering a zero-emissions automotive future," said Don Romano, President and CEO of Hyundai Auto Canada Corp. "The challenge facing this technology has always been characterized by a chicken-and-egg scenario, where car companies won’t bring fuel cell vehicles to market without an infrastructure and there is no need for a refueling industry without customers. It’s time to move beyond simply talking about the opportunity. Hyundai was the first to mass-produce fuel cell electric vehicles and will be the first to bring them to Canadian customers. We’re planting the seed for a new segment of the industry.”

The cutting-edge Hyundai Tucson Fuel Cell stores hydrogen gas and draws an inflow of air to the fuel cell stack. There is no combustion of hydrogen and the stack has no moving parts. The electrochemical process of combining oxygen and hydrogen in the fuel cell stack creates electricity to power the vehicle's electric motor and charge an onboard battery. The only by-product of the process is pure water vapour, resulting in zero greenhouse-gas emissions.

In 2013, Hyundai Motor became the first ever auto manufacturer to mass-produce fuel cell vehicles. The Tucson Fuel Cell is based on its traditional, gasoline-powered Tucson crossover vehicle. This approach brings manufacturing costs of the vehicle down significantly and allows the company to scale production to meet demand.

To introduce the new Tucson Fuel Cell to the Canadian market, a select group of lucky Canadians will have the exclusive opportunity to lease the vehicle at $599 per month over a three year term. The lease includes maintenance and unlimited hydrogen refueling. In addition, Tucson Fuel Cell owners will enjoy an “At Your Service” valet program. Based on the company’s full-size Equus premium sedan program launched in 2010, should a Tucson Fuel Cell require any service, a Hyundai dealer will pick up the vehicle and provide a loaner hybrid vehicle, then return it after service is complete to their home or business, at no charge.

The company is taking applications from customers exclusively through a dedicated website at www.HyundaiHydrogen.ca.

As the first announcement of its kind, Hyundai is also committed to being a leader in the field by working with the Canadian government at all levels and the fuel industry to make fuel cell vehicles not only more affordable, but accessible by realizing a vision for a nation-wide infrastructure of hydrogen refueling stations.

Romano added: “We are proud to be leading the fuel cell movement and now is the time for auto companies, governments, and citizens to join us in this initiative and push for the creation of a hydrogen infrastructure in Canada to maintain this positive momentum."

"Fuel cell vehicles have the potential to make a huge, positive impact on the environment and climate change," said Eric Denhoff, President and CEO of the Canadian Hydrogen and Fuel Cell Association. "Hyundai's commitment to hydrogen power proves that it is time for us to take the next step and make the fuel cell dream a reality in Canada by expanding hydrogen infrastructure, making fuel cell vehicles the most popular and accessible vehicles for Canadians."

Hyundai Motor began its fuel cell research and development in the 1990s with the aim of protecting the global environment and leading the industry with environmental technology. In 2000, it successfully created a hydrogen fuel cell vehicle that performed comparably to internal combustion engines. After years of development, the Hyundai Tucson Fuel Cell – with the company’s latest-generation fuel cell stack – became the world's first mass-produced hydrogen fuel cell vehicle in 2013.

The Hyundai Tucson Fuel Cell is currently available to customers in a number of countries around the world, including the U.S., the U.K., Germany, France, Belgium, Italy, Austria, Netherland, Denmark, Sweden, Norway, Finland, and South Korea.

HYUNDAI AUTO CANADA CORP.
Hyundai Auto Canada, established in 1983 and headquartered in Markham, Ontario, is a subsidiary of Hyundai Motor Company of Korea. Hyundai vehicles are distributed throughout Canada by Hyundai Auto Canada and are sold and serviced through more than 210 dealerships nationwide. Hyundai is also the first to offer its zero-emissions Tucson Fuel Cell Electric Vehicle to Canadian customers. More information about Hyundai and its vehicles can be found at www.HyundaiCanada.com. 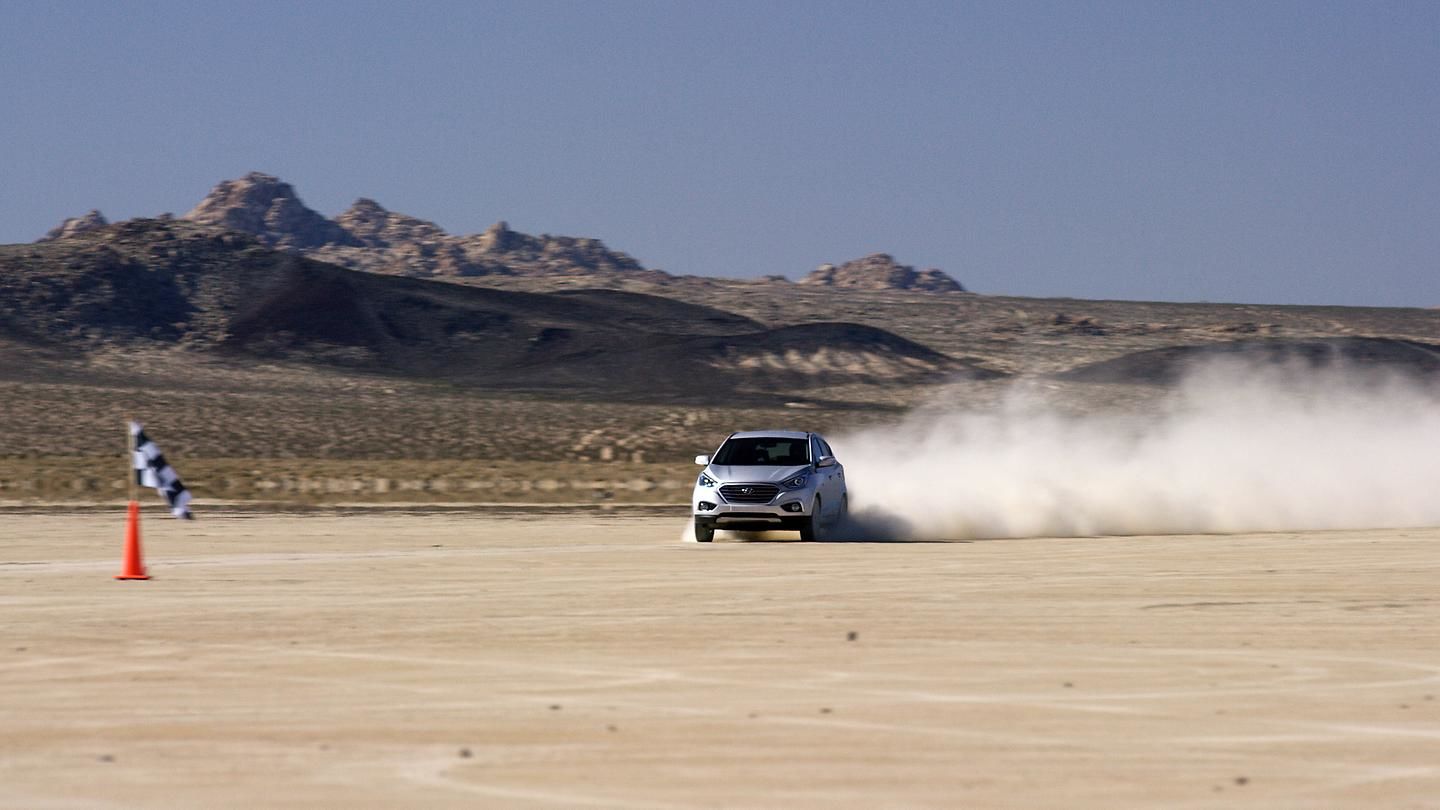