CHICAGO, Feb. 9, 2011 – With the next generation of Hyundai buyers eagerly awaiting the upcoming launch of the 2012 Veloster, Hyundai fuels the excitement by teaming with Rhys Millen Racing (RMR) and Red Bull to campaign the car in the high-energy sport of rallycross.
At the Chicago Auto Show, Hyundai Motor America adds the Veloster coupe to its motorsports program with the help of champion race car driver Rhys Millen, who fabricated and will race the first 500-horsepower AWD Veloster rally car in the 2011 U.S. Rallycross Championship. RMR and Hyundai are constructing a second Veloster rally car that will be a shared ride between rally champion Marcus Dodd and world record freestyle motorbike rider Robbie Maddison. Millen and Maddison will drive the Veloster rally cars at Summer X Games. A third Veloster rally car will be constructed to compete in the 2WD class in limited number of U.S. Rallycross Championship events and will be piloted by to-be-announced celebrity drivers.

“We feel the Veloster is a perfect fit for X Games and the U.S. Rallycross Championship series as we expand our motorsports efforts,” said Mike O’Brien, vice president, Product and Corporate Planning, Hyundai Motor America. “The all-new 2012 Veloster is a playful, fun to drive car and thanks to Rhys and his team we’re excited to introduce it to racing fans ahead of its launch this summer. I teamed up with Rhys’ father, Rod, nearly twenty years ago for Hyundai’s original Pikes Peak rally program, so it is great to be back in the sport again with his son inspiring a new generation.”
“The Veloster Concept inspired me to expand Hyundai’s motorsports program back into their routes of rally,” said Millen, professional race driver and founder of RMR. “We’ve transformed the Veloster’s lightweight, rigid architecture into a rally car with an engine producing 500-horsepower and 600 lb.-ft. of torque. We hope some of the performance learning’s from the Veloster rallycross program have a role in the development of future Veloster models.”

THE CHASSIS BUILD
Twelve RMR employees applied everything they know about fabricating racecars into the Veloster rally Car. The production Veloster was stripped to bare metal and the chassis spent five days in an Alkali bath removing all rubber and adhesives. The chassis was also stitch welded for added structural rigidity.

CARBON/KEVLAR BODY PANELS
Millen quickly decided to take the already light weight Veloster and make it even lighter. His crew took molds of the Veloster body panels to replicate them out of carbon/Kevlar. The hood, doors, quarter panels, front fascia and rear fascia are all built out of carbon/Kevlar. The carbon/Kevlar panels are 75 percent lighter than the sheet metal they replaced. This weight-saving approach is carried throughout the car without compromising its powerful curves and surface detail or hidden third door.
Downforce has been further increased by a custom RMR rear wing. The hood is vented to dissipate heat. The curb weight for the car is 2,656 pounds.

INTERIOR
The interior of the RMR Red Bull Hyundai Veloster rally car is unrecognizable from its origins as a well-appointed sporty coupe designed with everyday driving in mind. All comfort and convenience features are removed to make way for a custom-fabricated eight-point safety cage and firewall which reinforce the Veloster’s already stiff chassis. Braces on the A and B pillars also tie into the strength of the body. The safety cage is required for rallying and a Sparco racing seat further protects the driver in the overhauled cockpit.

SUSPENSION
The RMR Red Bull Hyundai Veloster rally car utilizes a custom suspension with a lot of travel for the jumps rallycross cars have to make.

ENGINE AND TURBO KIT
The Hyundai 2.0-liter four-cylinder engine is further enhanced by a HKS ball bearing turbocharger. The engine is mated to an X-Trac six-speed sequential transmission. The end result is a Veloster that produces 500-horsepower and 600 lb.-ft. of torque.

RALLYCROSS
A race consists of five rally-style cars jumping and sliding on a road course made of pavement and gravel. Five drivers line up to start at once, piloting 500+ horsepower four wheel drive compact cars through race traffic over a challenging short course that features jumps, unbanked turns, dirt and pavement. Each car must also take a “Joker” lap at some point during their heat. A Joker lap is a small detour – normally over a jump – that adds a level of unpredictability to the heat’s outcome, by changing a driver’s strategy in an instant.

RHYS VERSUS HIS RIVALS
Rhys Millen will be taking on David Higgins and Dave Mirra in their Subaru WRX STIs, Ken Block and Tanner Foust in their Ford Fiesta’s and Antoine L’Estage in his Mitsubishi EVO X to name a few.

RHYS MILLEN
World Champion driver Rhys “Mad Skills” Millen pilots the RMR Red Bull Hyundai Genesis Coupe in the Formula DRIFT Championship and the RMR Red Bull Hyundai Veloster rally car in the U.S. Rallycross Championship Series, including Summer X Games. Millen and his team are an ideal match to help launch Hyundai’s motorsports effort. Millen’s driving credentials include movie stunts, multiple drifting championships, a Pikes Peak world record and his 2008 New Year's Eve Las Vegas truck flip at Red Bull: New Year. No Limits. Behind Millen’s success in the driver’s seat is a full team of engineers and fabricators that know how to maximize the potential of a race car. Rhys and his team will once again attempt to set a new world record at the Pikes Peak International Hill Climb (PPIHC) driving the Hyundai PM580 powered by a turbocharged Lambda V-6 engine.
With more than 17 years of racing experience, Rhys Millen has established himself as one of the premier rally/drifting drivers in North America. Rhys is the son of famed rally and off-road racer Rod Millen. Rhys won the Formula Drift championship in 2005 and the Red Bull Drifting World Championship in 2008. In 2009 at the PPIHC, Millen won the Time Attack 2WD class in his carbon-bodied Hyundai Genesis Coupe. His time of 12:09.397 crushed the class record.

ROBBIE MADDISON
Robbie “Maddo” Maddison is an Australian freestyle motocross rider. On New Year’s Eve in 2007, he set the record (322 feet) for the longest motorcycle jump at Red Bull: New Year. No Limits. in Las Vegas. He followed it up later that year with strong finishes on the AST Dew Tour and Red Bull X-Fighters series. On New Year’s Eve 2008, Maddison successfully jumped 96 feet onto the top of the Arc de Triomphe at Paris Las Vegas and then descended more than 80 feet off the monument to a ramp below. In 2010, Maddison become the first person to jump the start gantry at the Formula One race in Melbourne, Australia. The following month he performed an amazing jump over the Corinth Canal in Greece, becoming the first person to cross the canal on a motorcycle. Last summer, Maddison won a silver medal at X Games 16 in MotoX Best Trick.

MARCUS DODD
Marcus Dodd is a five-time British National Rally Champion with an extensive Motocross and rallying background. Over his 24-year career, Dodd has won more than 50 National Championship Rallies. He participated in his first rally at the age of 17 and joined the Ford racing team in 1998. Dodd won his first British National Rally Championship in 2000 and went on to win four more Championships in his HPM Hyundai, a feat which put him in the record books as the most successful driver in the history of British National Rally champions. Dodd has won five Championship Titles over a period of nine years. Dodd also has considerable experience preparing and developing rally cars which has contributed to his reputation as a fast competitor and an exceptional development driver. 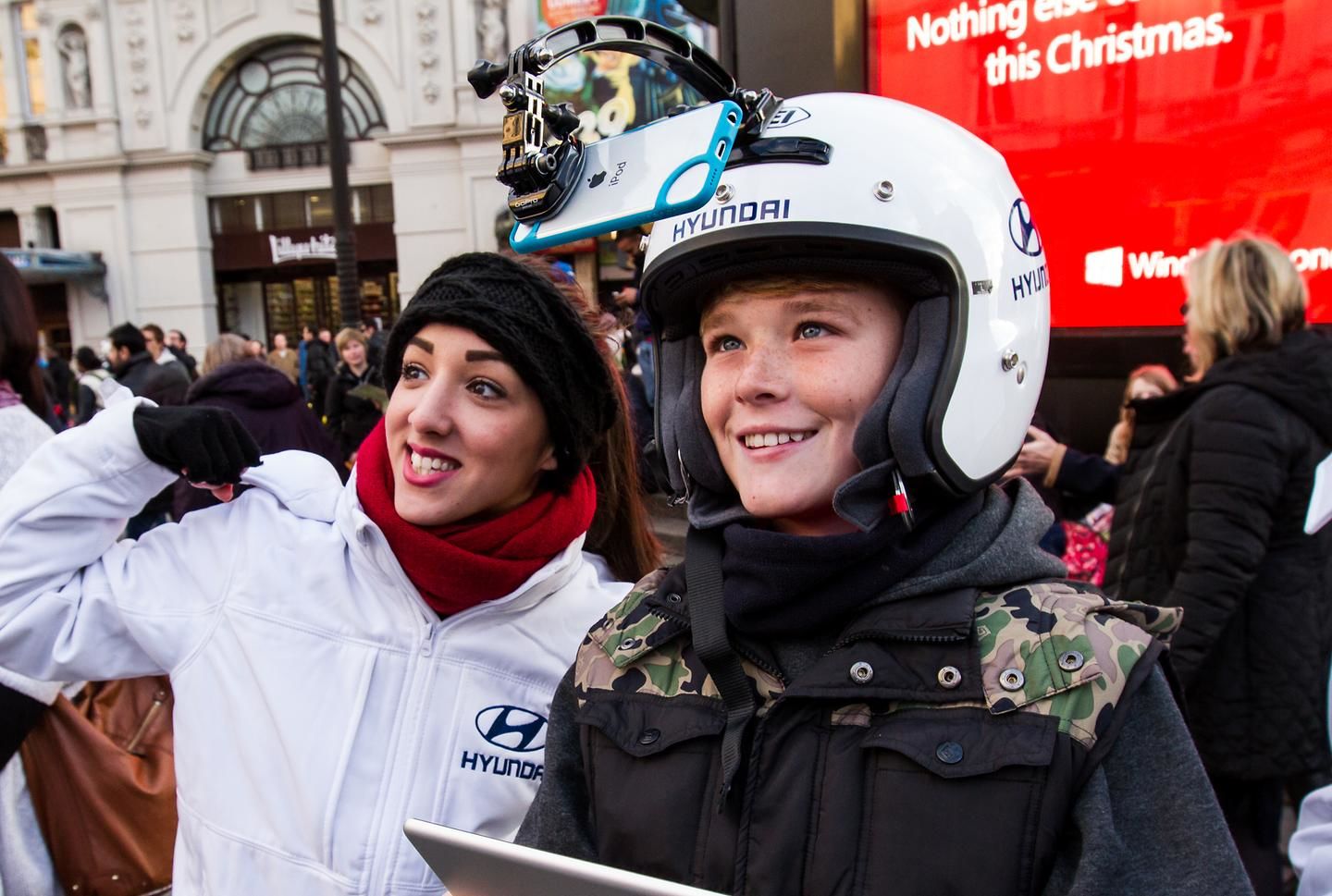 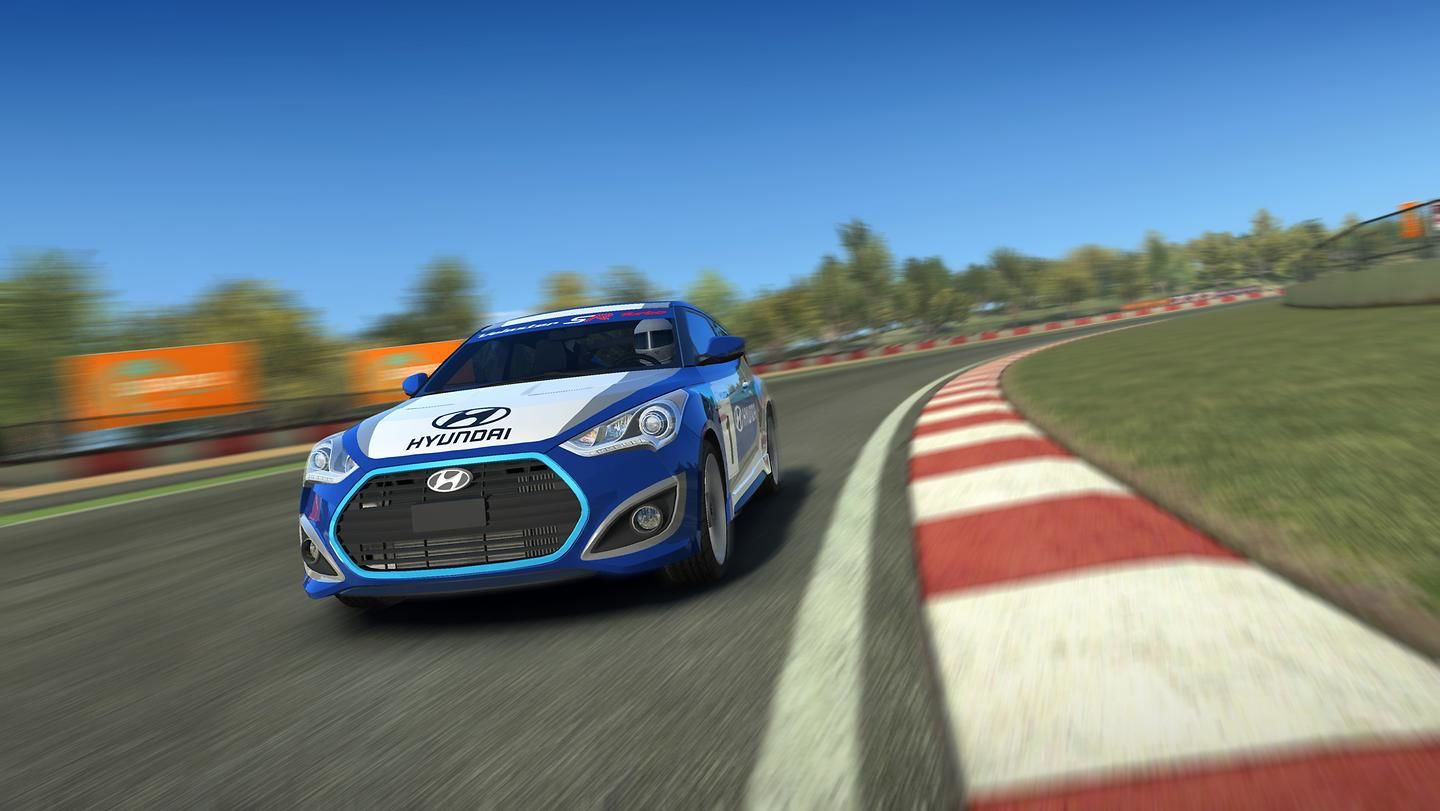