Dubai, United Arab Emirates, 20 November, 2011 – Hyundai Motor Company, one of the world's fastest-growing major automakers, today announced the launch of the limited edition Genesis Prada in the Middle East. The Genesis Prada, based on the 2012 Genesis sedan and featuring Hyundai's award-winning Tau 4.6 MPI engine was unveiled to over 100 VIP guests, company executives and media colleagues at an exclusive event held at the Park Hyatt hotel in Dubai.

Genesis Prada is characterized by a special design that combines Prada's sophisticated innovation, attention to detail and uncompromised quality approach with Hyundai's advanced technology and expertise in car manufacturing. The collaboration between one of the world’s leading carmakers and Prada, one of the world's leading brands in the luxury goods industry, is the result of the Genesis Prada concept which was introduced at the Seoul Motor Show in 2009.

“The Middle East is a very strategically important market for Hyundai, having been here for over 28 years,” said Mike Lee, Marketing Manager, Hyundai Middle East Regional HQ. “The fact that this is only the second market globally to receive this limited edition vehicle underlines our commitment to the market. Joining forces with Prada, a world-renowned fashion house, lends a distinct air of luxury to the Genesis Prada and underscores the importance of this award winning vehicle for Hyundai.”

The joint project of Genesis Prada is the result of both companies' approach to create a highly unique version of the Genesis model, addressed to the most sophisticated clientele. In particular, the project reflects Hyundai's new marketing direction – "New Thinking. New Possibilities." – which aims to provide customers with new experiences and values beyond their expectations. This matches the brand image of Prada, which also balances tradition and innovation.

Explaining the design cues that make the Genesis Prada a distinguished vehicle, Francesco Longanesi Cattani Director of External Relations, Prada said: “We felt it important to make Genesis Prada owners not only see, but also feel the difference when inside the car. From the outside-in, the car looks in a class of its own, with special paint and badges. The interior also gets special treatment, with signature Prada Saffiano leather used to give it an air of luxury and sophistication.”

Genesis Prada is based on the 2012 Genesis, which was launched in February this year. The car, which won the prestigious 2009 North American Car of the Year award, is powered by Hyundai's Tau V8 engine, which has been chosen as one of Ward's 10 Best Engines for three consecutive years since 2009. The 2012 Genesis's Tau 4.6 MPI engine produces 366ps at 6,500rpm, and 44.8kg/m of torque at 3,500rpm mated to an eight-speed automatic transmission that allows drivers to enjoy the car’s power and driving dynamics to their fullest extent.

Genesis Prada comes in three special colors – Black Nero, Blue Baltico and Brown Moro – that are applied with a three-layer coat technology with stereoscopic gold pearl. Dark chrome is applied to the radiator grille, emblem and door handles to reflect the unique palladium-coated buckles on Prada's bags. The innovations introduced by Prada include also 19-inch alloy wheels and an outer antenna with a wedge shape.

For the interior, the dashboard and the upholstery have also been revised and artisan-crafted in "saffiano" leather – Prada's signature top quality leather – to obtain a luxurious and sophisticated finish.

Genesis Prada will be produced by customized personal orders, while the limited Genesis Prada badge and GP500 emblem will emphasize the scarcity of the car, limited to a production run of just 1,200 units globally. Hyundai, together with Prada, will carry out exclusive VIP marketing activities to provide customers with ultimate satisfaction and convenience.

Initially offered in limited numbers in the Korean market, this is the first time that the Hyundai Genesis Prada is being exported to the Middle East, and will be followed by other Asian countries in the near future.

Further information about Hyundai Motor Co. and its products are available at http://www.hyundai.com  or http://worldwide.hyundai.com 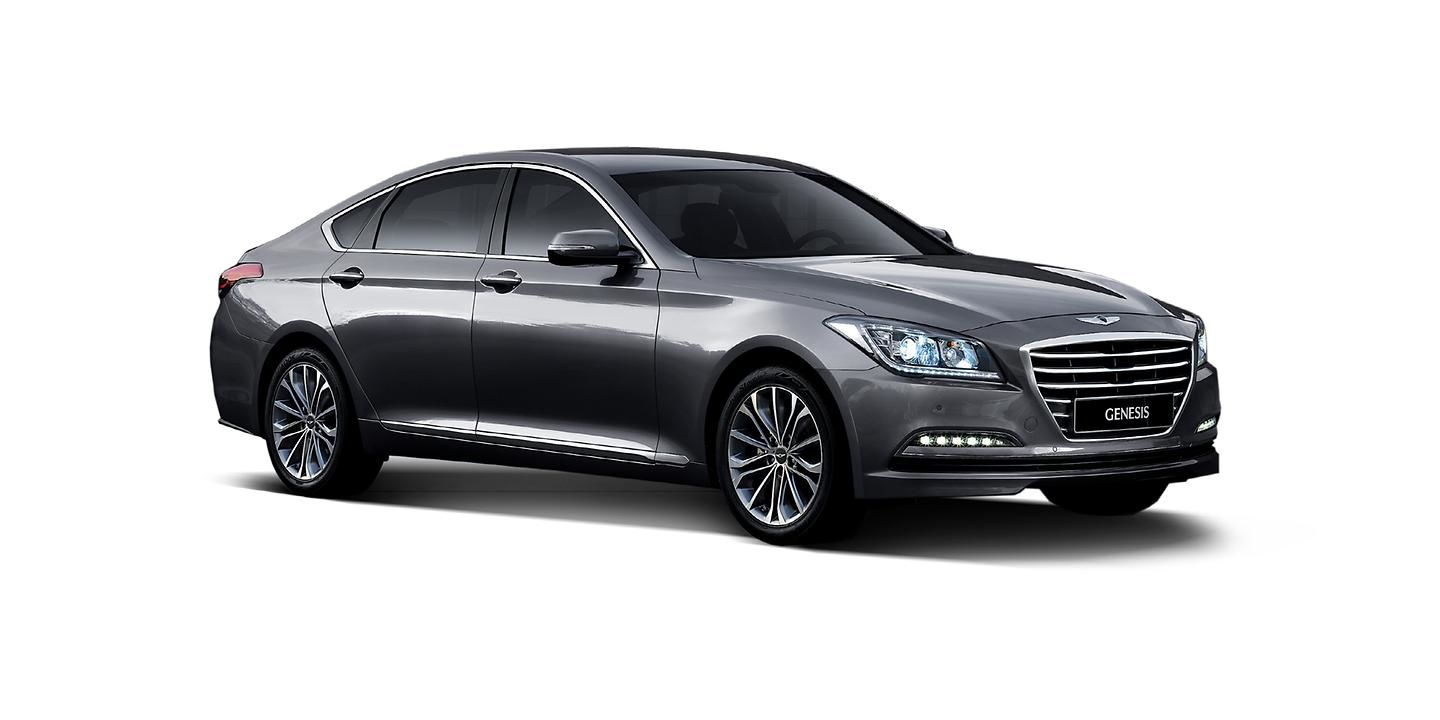