- Hyundai to accelerate expansion in the region with new Brazil plant

Hyundai, which began exports to the region (Ecuador) in 1976 with five units of its first proprietary model, Pony, achieved cumulative exports of one million units in 2006, 30 years after its entry. However, it took the automaker only five more years to double that figure.

“This achievement is more meaningful as the Central and South America region was our first export destination, paving the way for our company’s overseas growth,’’ said Seung-Tack Kim, Senior Executive Vice President and COO at Hyundai Motor’s Global Business Division. “We will be able to accelerate our sales expansion and secure a leading position in the region when our plant in Brazil is completed next year.”

Hyundai exports a total of 17 models to 41 countries in the region, including the Accent, Elantra and Tucson ix*. In markets such as Chile, Colombia, Ecuador and Peru, Hyundai’s market share reaches as much as 10 to 15 percent. When the company’s 150,000-units-a-year plant is completed in Piracicaba, Brazil, next year, the automaker will be able to actively respond to the region’s demands.

Despite high import taxes imposed by some countries in the region, Hyundai is continuing to expand with its improved brand image, high-quality new models and localized marketing strategies. Furthermore, Free Trade Agreements (FTA) concluded with Chile (2004) and Peru (2011), as well as the expected Korea-Colombia FTA this year are helping reduce taxes and promote stable growth for Hyundai.

Hyundai exported a total of 175,275 units to the Central and South American markets through September this year, with 56,365 units to Brazil, 24,034 units to Chile and 18,834 units to Colombia. In total, Hyundai plans to export about 255,000 units by the end of this year to the 41 countries in the region (excluding commercial vehicles).

* Some models named differently by region. 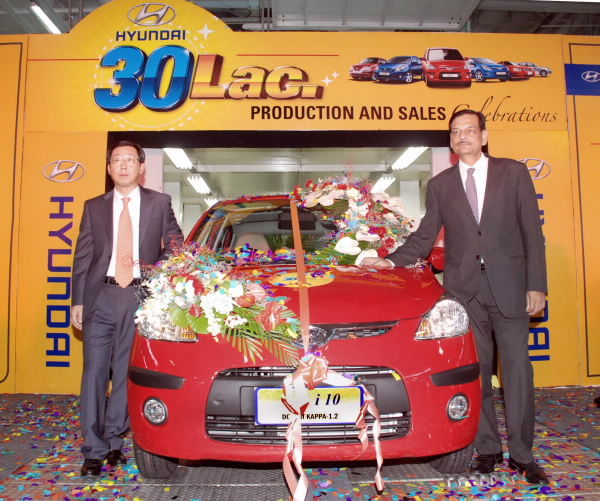