- With improved styling and efficiency, the new truck is expected to raise Hyundai’s presence in the global commercial vehicle market

March 28, 2013 – Hyundai Motor Company’s commercial division today unveiled its new heavy duty truck Xcient at the 2013 Seoul Motor Show. The next generation of Trago, which debuted in 2006, returns with greater styling and a variety of improved features.

The Xcient is expected to set new standards in the heavy duty truck market with an impressive combination of grand, dynamic style, best-in-class fuel economy and spacious cabin room. The name ‘Xcient’ was made combining XC, the biggest unit measuring data, and the word ‘efficient,’ conveying the truck’s power and efficiency.

“The Xcient is the result of Hyundai Motor’s relentless pursuit of excellence and technology innovation,” said Hanyoung Choi, Hyundai Motor’s Vice Chairman. “We believe that this new vehicle will help us achieve our goal of becoming a major player in the commercial vehicle market.”

The Xcient, which took three years and 200 billion won of investment to develop, offers a full lineup including cargo, tractor and dump. From the early development stages, truck customers’ needs and market trends were fully reflected.

The wide grille strengthens its confident look, while side character lines add to its bold yet sophisticated image.

Due to improved engine performance, the new model’s fuel economy has been enhanced by seven percent from the previous model. In addition, the new model boasts enhanced durability resulting from improved components, including dump spring, twin clutch and air suspension, making the truck more economically efficient by lowering maintenance costs.

Hyundai Xcient will go on sale in the second half of this year with a target of 60,000 global sales by 2017. Hyundai is set to hold events for the new car in overseas markets including Peru and Russia.

During the 2013 Seoul Motor Show, Hyundai displays a total of eight models, including the Xcient, CNG hybrid bus and electric bus at a separate booth dedicated to commercial vehicles. 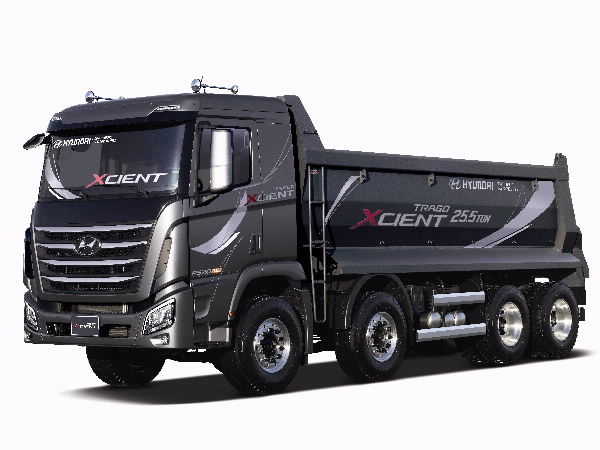 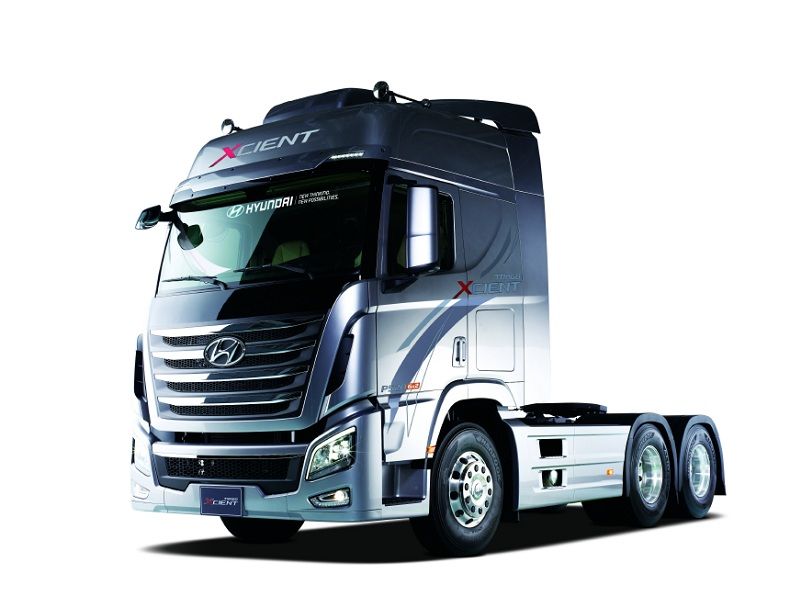