-- Adds Australia as a new market with a shipment of i20

Chennai, February 22, 2010: Hyundai Motor India Ltd, the country’s largest passenger car exporter and the second largest car manufacturer, today achieved yet another significant milestone with its cumulative exports crossing the 10 lakh mark. To mark the event Hyundai shipped its first ever consignment to Australia from the Chennai Port this morning. With this shipment, Hyundai is the first automobile company in India to achieve this feat in a record time of just over a decade.

HMIL began exporting cars in 1999 when it shipped a batch of 20 Santro’s to Nepal and it reached the first milestone of exporting 100,000 cars in four years and ten months in October, 2004. In October, 2005 it exported its 200,000th car followed by its 300,000th car and 400,000th car in October, 2006 and August, 2007 respectively. By exporting the 500,000th car in March, 2008, HMIL had become the ‘fastest’ Indian passenger car manufacturer to achieve this stupendous milestone in record time. In a little over a decade since Hyundai has been present in India it has become the leading exporter of passenger cars with a market share of 66% of the total exports of passenger cars from India making it a significant contributor to the Indian automobile industry.

Commenting on the occasion, H W Park, Managing Director & CEO, HMIL said, “Reaching the 10 lakh export car landmark is not only a significant milestone but also a matter of great pride for the Hyundai family as it showcases the global success story that Hyundai as a brand enjoys. I take this opportunity to thank all our customers and stakeholders for their trust and support which has helped us reach this landmark. In the future we are sure to increase our overseas presence as we add more markets.”

Currently, Hyundai Motor India is exporting four of its popular models namely - Santro, i10, i20 and Accent to 110 countries. In 2009, in spite of a global slowdown, Hyundai exports grew by 10.7% inspite of the economic slowdown. In 2010 Hyundai plans to add 10 new markets with the Australia being the latest entrant to the list. The first shipment to Australia was of 500 units of the i20 and the total market size expected to be in the region of 15,000 units per annum.

Hyundai Launches the All New i-Gen i20 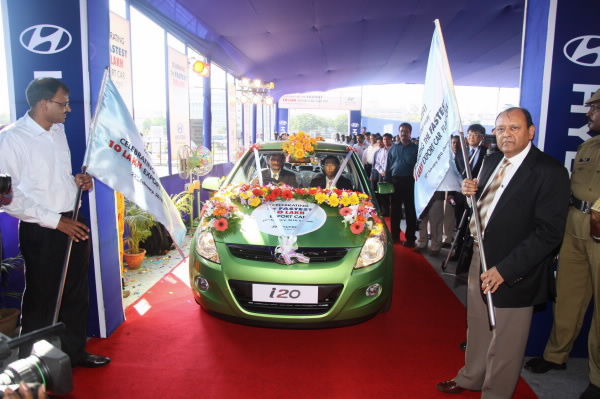 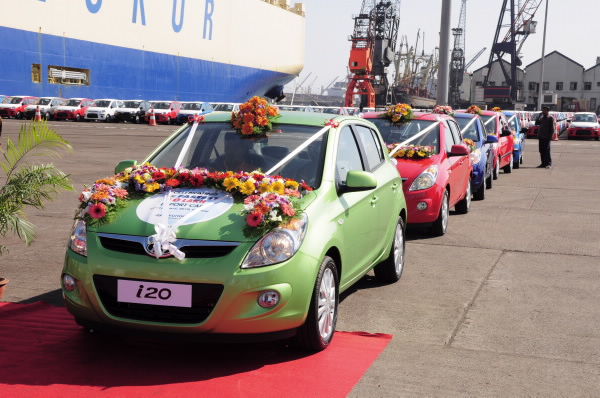 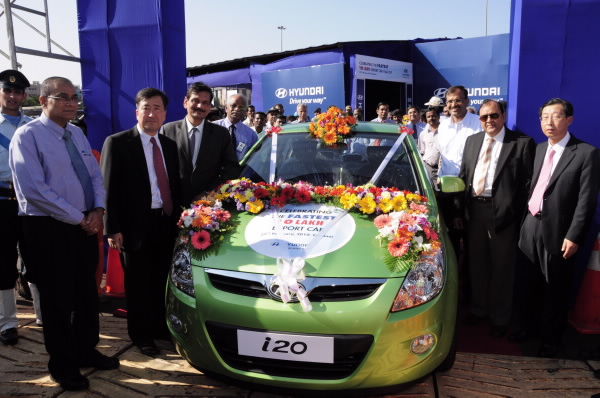