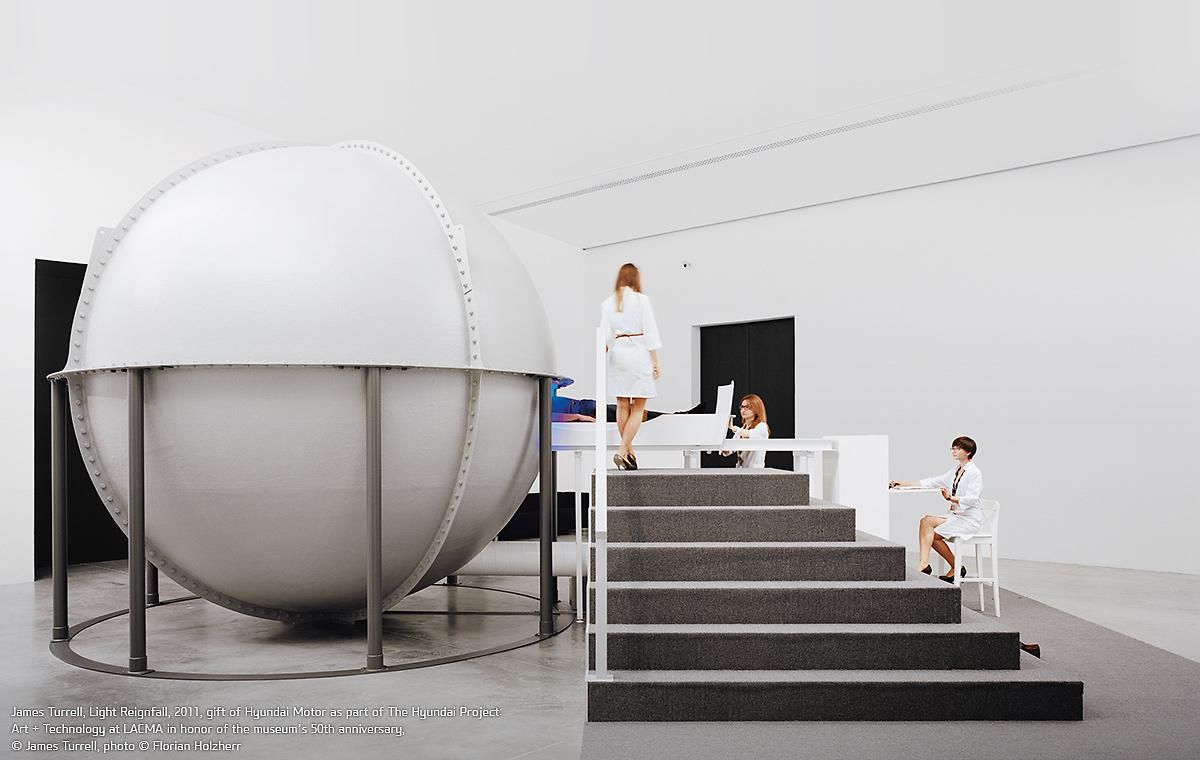 'The Hyundai Project' at LACMA


March 26, 2015 - Hyundai Motor Company and the Los Angeles County Museum of Art (LACMA) have today announced a 10-year partnership ‘The Hyundai Project’ that will foster stronger ties between the worlds of art and technology, promote greater understanding of Korean art, and increase awareness of contemporary Korean artists.

Throughout the next decade, Hyundai Motor and LACMA will jointly support a renewed ‘Art + Technology’ program and a new ‘Korean Art Scholarship Initiative’.

Located in the center of the creative hub of Los Angeles, the LACMA has during its 50-year history developed into a fully representative museum of the West coast. With its roots in the Los Angeles Museum of History, Science and Art, LACMA has been devoted to works of art of diverse cultures and histories and is now the largest art museum in western USA. Hyundai Motor’s and LACMA’s shared belief in the value of openness, flexibility and creative thinking has provided the ideal conditions to start this 10-year partnership.

The return of the Art + Technology at LACMA, a program of the late 1960s that brought together art and technology, clearly speaks of the two organization’s ambition to expand their imagination. As a first step, Hyundai Motor will support the acquisition of Robert Irwin’s Miracle Mile (2013), currently on view in BCAM, and James Turrell’s Light Reignfall (2011). The two works are significant in that both artists were members of the initial ’60s program.

Hyundai Motor, will also present a series of innovative exhibitions of global artists that bring together art and technology. Los Angeles-bred media artist, Diana Thater will be the inaugural artist with the exhibition ‘Diana Thater: The Sympathetic Imagination’, opening November 22, 2015. Hyundai Motor will also be the presenting corporate sponsor of the Art + Technology Lab, which promotes next-generation artists to help them explore new possibilities merging art with technology and gives the public the opportunity to view new trends in contemporary art.

The ‘Korean Art Scholarship Initiative’ is a new program designed to encourage profound Korean art studies outside Korea. This program reflects the relative lack of systematic research into the history of Korean Art, compared to heightened interest in Korean art shown by the public today. LACMA opened its Korean galleries in 1999 and continues to explore Korean art history, so it is the most appropriate institution to promote Korean art with global scholars. Hyundai Motor will support exhibitions, international symposia and publications building a long-term platform for Korean art in LA.

One of the key underlying principles of ‘The Hyundai Project’, part of Hyundai Motor’s global arts and culture support, is to show respect for the art community and its creative approach. Programs and exhibitions are planned and designed through internal discussions with museum curatorial staff where Hyundai Motor does not exert any kind of commercial pressure respecting and trusting world-class museums’ ethos and heritage. Hyundai Motor hopes that the museum partnership initiative with LACMA opens up new ways for the public to celebrate and engage with art.

Euisun Chung, Hyundai Motor Company Vice Chairman, said, “Art is a creative expression of human values that transcends age, gender, race and culture. The Hyundai Project at LACMA seeks to support global art communities in the areas of technology and Korean art. I am confident that this collaborative partnership will realize mutual objectives and bolster a deeper understanding of people, culture, and our environment.”

Welcoming the new partnership, Michael Govan, LACMA CEO and Wallis Annenberg Director, commented, “Hyundai Motor’s partnership with LACMA is significant not only for the longevity of its commitment, but also because of its innovative approach to supporting two critically important fields. LACMA is already a leader in the field of Korean art and now Hyundai Motor’s support allows us to promote scholarship in under-represented areas of study. Their support of our Art + Technology efforts is also incredibly significant in recognizing pioneering artists like Robert Irwin, Diana Thater, and James Turrell, and in supporting the next generation of artists through the Art + Technology Lab.”

Hyundai Motor, through its art partnerships, is expanding outreach to customers as a way to deliver more personal and emotional aspects of its ‘Modern Premium’ value brand positioning. Hyundai aims to communicate and engage with communities of different regions such as South America, Eastern Europe, and Asia, while conducting a variety of educational and cultural programs in collaboration with its partners.

The partnership with LACMA has a common thread with previously established arts sponsorships in terms of long term and non-commercial support. The new link up with LACMA will be a third museum partnership for Hyundai Motor, following the partnership with the National Museum of Modern and Contemporary Art (Seoul, Korea) in 2013 and Tate Modern (London, England) in 2014.

-  Art + Technology Lab
Inspired by LACMA’s seminal 1967–71 Art & Technology program, which paired prominent artists such as Claes Oldenberg and Andy Warhol with major corporations, LACMA’s Art + Technology Lab develops artist projects that engage emerging science and technology in collaboration with innovators in private industry. The Lab provides grants, in-kind support, and facilities at the museum to support new projects that take purposeful risks and foster innovation and collaboration across disciplines. Initial grants were awarded to six artists in 2014, with a second round of grants to be awarded this spring. A public lab at the museum houses the initiative, and the space is used for artist demonstrations and public programming.

- Robert Irwin, Miracle Mile (2013) and James Turrell, Light Reignfall (2011)
Robert Irwin and James Turrell, both participants in the original Art & Technology program, each create artworks that investigate perception and the experience of art. With Miracle Mile, Irwin reconsiders the properties of light, material, and color. Installed on the ground level of LACMA’s Broad Contemporary Art Museum (BCAM), the site-specific work subtly plays with the architecture in which it is housed and responds to both Wilshire Boulevard and Primal Palm Garden, an outdoor installation Irwin created at LACMA in 2008. A linear configuration composed of 66 fluorescent tubes, the work stretches to a length of approximately 36 feet and can be experienced both from within and beyond the gallery walls.

James Turrell’s Light Reignfall is a “Perceptual Cell,” a type of artwork directly influenced by Turrell’s collaboration with Dr. Ed Wortz of Jet Propulsion Laboratories during the original Art & Technology program. Visitors experience the work alone, lying down in an enclosed spherical chamber to observe what Turrell calls “behind-the-eyes seeing.” Light Reignfall is provisionally scheduled to be reinstalled at LACMA in 2016.

- Diana Thater: The Sympathetic Imagination
Exhibition dates: November 22, 2015–April 17, 2016
A pioneer in film, video, and installation-based art, Los Angeles–based artist Diana Thater has been active since the 1990s. Thater’s work emphasizes the tension between the natural environment and mediated reality and, by extension, the tamed and wild, and science and nature. Often drawing on the complex relationship between animal and plant behaviors in the context of their respective environments, Thater’s evocative works occupy exhibition spaces via both time and dimension, creating dischords and harmonies for the viewer.

The Hyundai Project: Korean Art Scholarship Initiative
With Hyundai’s support, LACMA curators will create three ground-breaking exhibitions over the next 10 years that will examine key aspects of Korean art. Scholarship in each of these areas will be pursued through exhibitions, symposia, online presentations, and publications, including catalogues for each exhibition as well as a reference book for 20th century Korean art.

- 2018 | Korean Calligraphy
Although an increasing number of American art museums own and display collections of traditional Korean art, almost none have collections of Korean calligraphy - in either traditional Chinese characters or Hangeul script. LACMA’s exhibition will provide a long overdue survey of the history of calligraphy in Korea. This would be the first exhibition of its kind in the United States, and a critical introduction in English to this major art form.

- 2022 | Korean Art: Contemporary
Building on the success of the 2009 Your Bright Future exhibition, the first major survey of contemporary Korean art in the United States (organized by LACMA and the Museum of Fine Arts Houston), in 2022 LACMA will organize a larger and far more ambitious survey of recent Korean art with the goal of creating a definitive presentation of the contributions of Korean visual culture in the contemporary world.

- 2024 | Korean Art: 20th Century
Many American museums now have collections of Korean art from the Three Kingdoms Period through the Joseon dynasty, and a number of museums have begun to exhibit and collect contemporary Korean art. None, however, have seriously investigated or collected Korean art of the modern period, specifically from the end of the Joseon dynasty (shortly after 1900) up to 2000. LACMA will organize a major exhibition focusing on this key and long-overlooked phase in the history of Korean art.

About LACMA
Since its inception in 1965, the Los Angeles County Museum of Art (LACMA) has been devoted to collecting works of art that span both history and geography, in addition to representing Los Angeles's uniquely diverse population. Today LACMA is the largest art museum in the western United States, with a collection that includes over 120,000 objects dating from antiquity to the present, encompassing the geographic world and nearly the entire history of art. Among the museum’s strengths are its holdings of Asian art, Latin American art, ranging from pre-Columbian masterpieces to works by leading modern and contemporary artists; and Islamic art, of which LACMA hosts one of the most significant collections in the world. A museum of international stature as well as a vital part of Southern California, LACMA shares its vast collections through exhibitions, public programs, and research facilities that attract over a million visitors annually, in addition to serving millions through digital initiatives, such as online collections, scholarly catalogues, and interactive engagement. Situated in Hancock Park on over 20 acres in the heart of Los Angeles, LACMA is located between the ocean and downtown.]
Location: 5905 Wilshire Boulevard, Los Angeles, CA, 90036. lacma.org


About Hyundai Motor
Established in 1967, Hyundai Motor Company is committed to becoming a lifetime partner in automobiles and beyond. The company leads the Hyundai Motor Group, an innovative business structure capable of circulating resources from molten iron to finished cars. Hyundai Motor has eight manufacturing bases and seven design & technical centers worldwide and in 2014 sold 4.96 million vehicles globally. With almost 100,000 employees worldwide, Hyundai Motor continues to enhance its product line-up with localized models and strives to strengthen its leadership in clean technology, starting with the world’s first mass-produced hydrogen-powered vehicle, ix35 Fuel Cell.
More information about Hyundai Motor and its products can be found at:
http://worldwide.hyundai.comor www.hyundaiglobalnews.com
Further information about Hyundai Motor’s global arts and culture support is available athttp://brand.hyundai.com 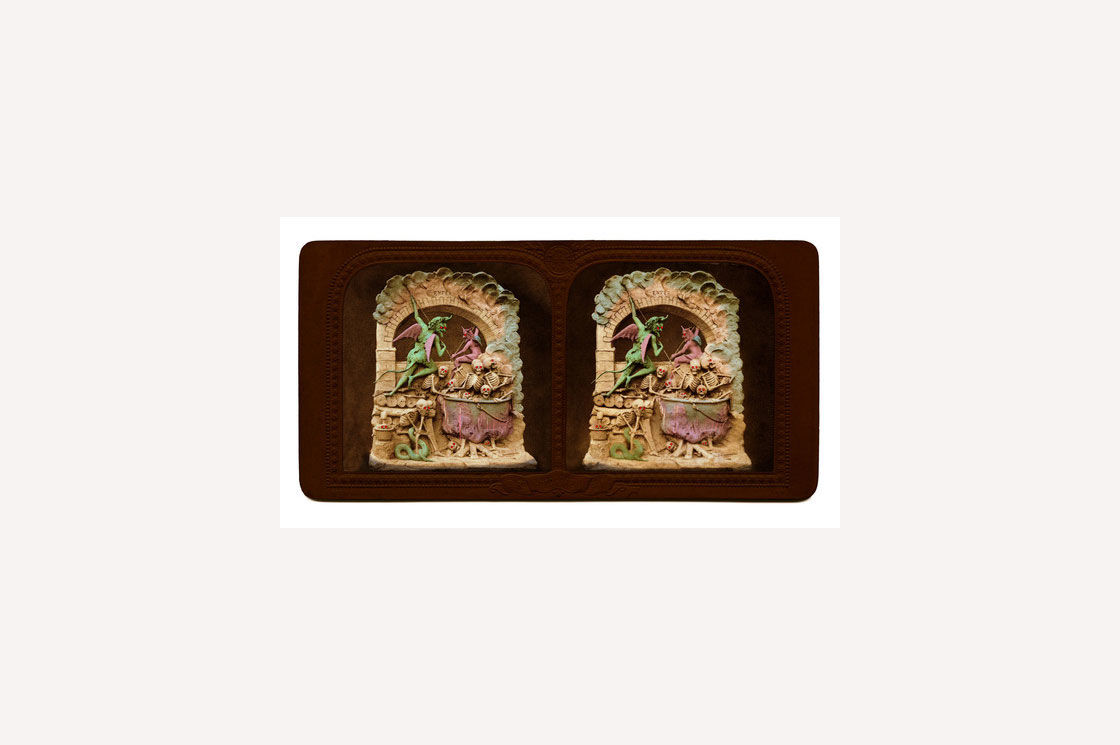 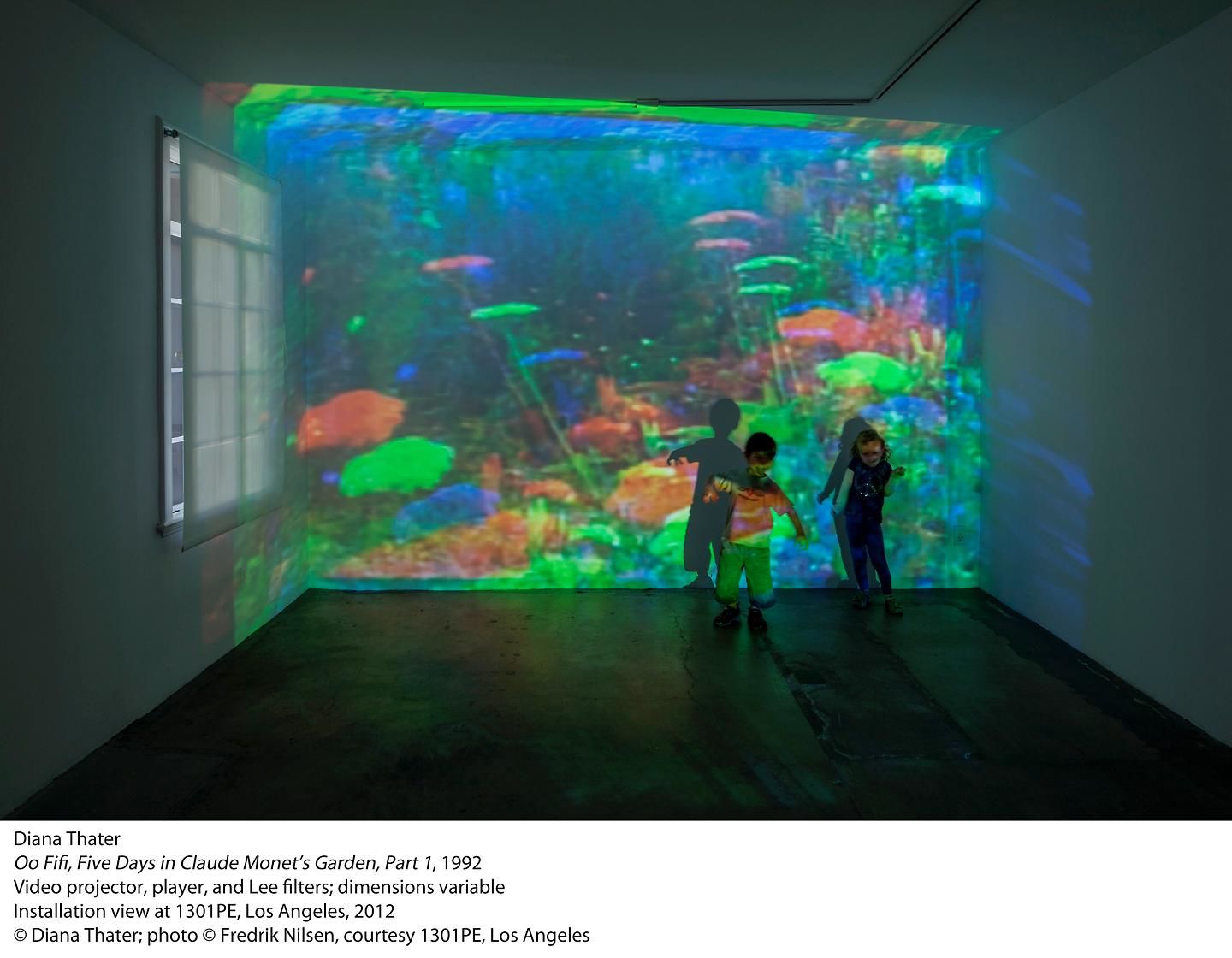 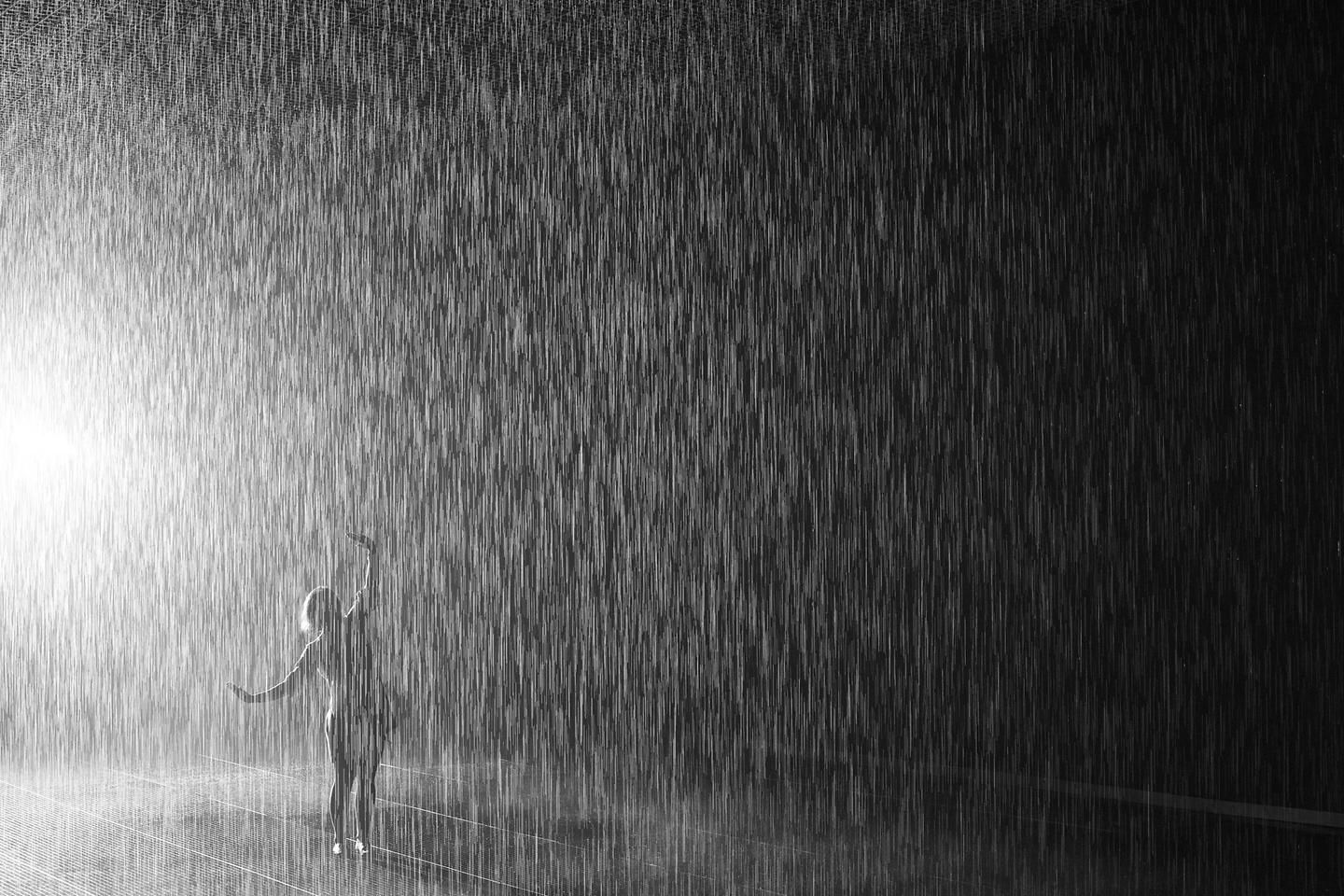