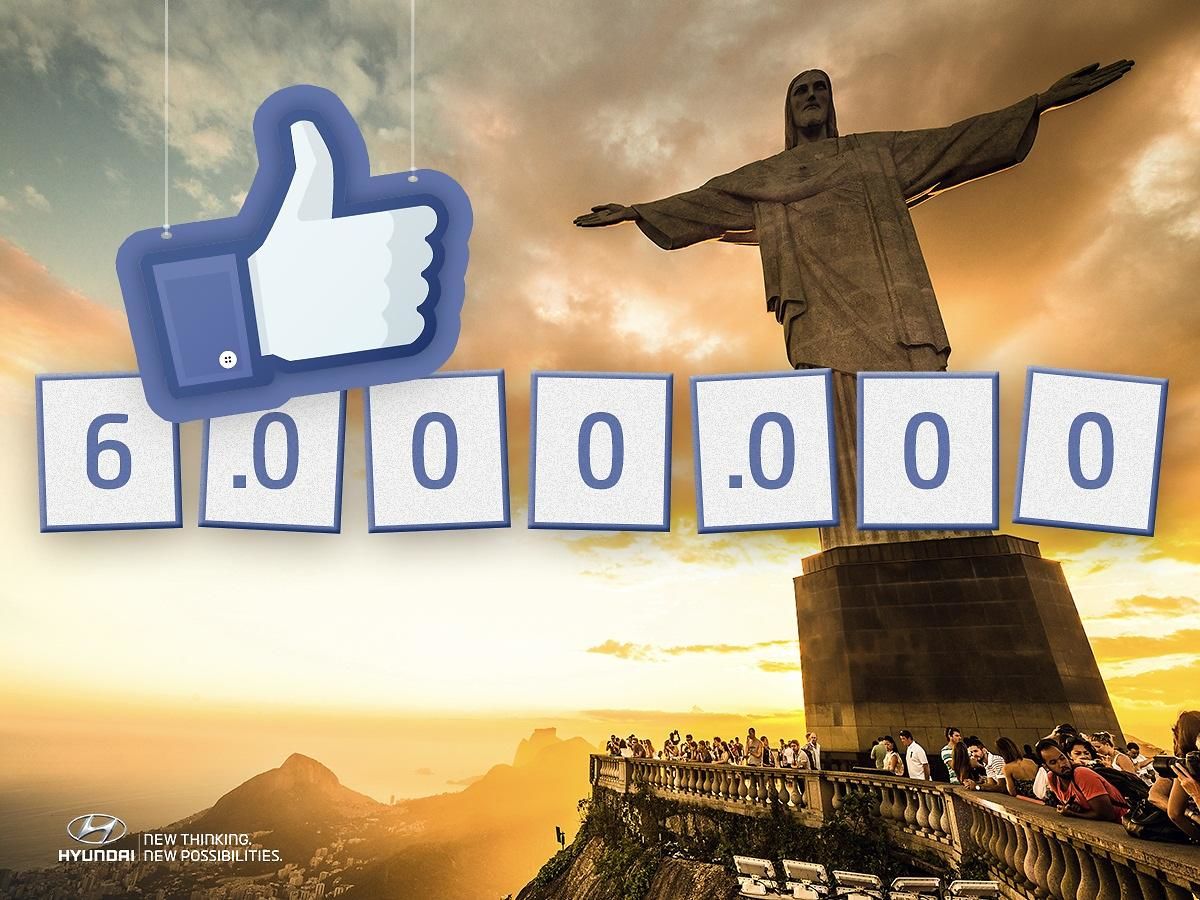 
Dec. 2, 2015 – Hyundai Motor Brasil surpassed 6 million fans on Facebook, becoming an automaker with the highest number of fans on the country’s social network in just three years of operation. Impressive number of 1 million fans were added just during the last couple of months, motivated by the enhancement of the local car model, HB20.

Cassio Pagliarini, Marketing Director at Hyundai Motor Brasil, said, "We have a team dedicated to monitor, understand and respond to 100% of interactions on Facebook in a time span of about three hours. We also create unique and relevant content for each fan's profile on a daily basis". He also emphasized that the team focuses more on the way that the brand followers are treated than just increasing the number of fans.

Appointed in 2014 by Social Bakers, an online provider of social media analytic tools, as one of "Smart Storytellers", Hyundai Motor Brasil fan page on Facebook is an important channel of promoting relationship with customers and admirers, performing about 1,000 interactions a month.