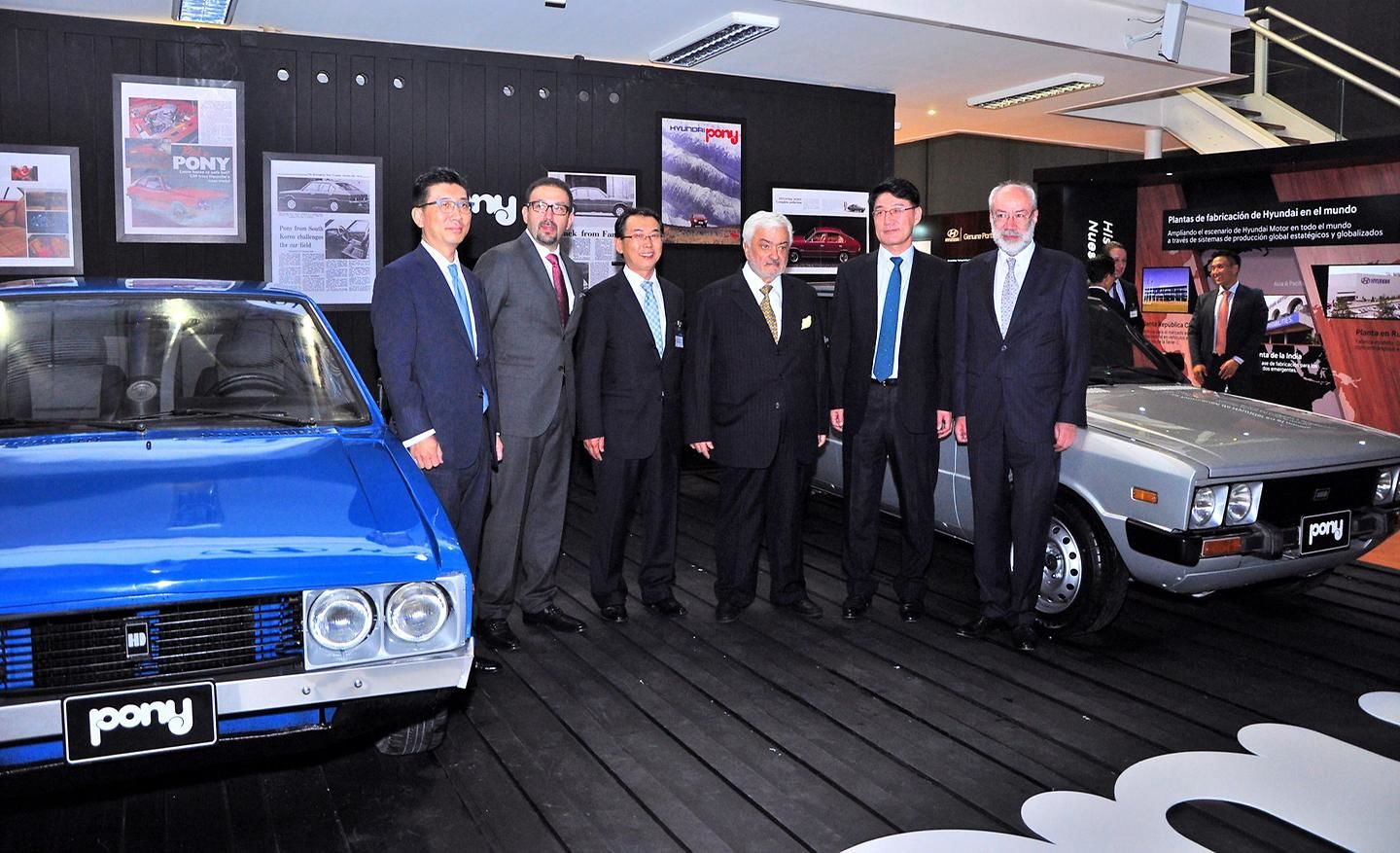 November 17, 2016 – Hyundai Motor is celebrating 40 years of exports to international markets, following a period of significant overseas growth that has seen it become one of the fastest growing brands in the world. From South Korea's first mass-produced model to the latest generation of eco-friendly cars, more than 23 million Hyundai Motor vehicles have been exported worldwide since 1976.

At an event to celebrate the milestone in Guayaquil, Ecuador – Hyundai Motor’s first export destination – Zayong Koo, Vice President, Head of Global Corporate Communications at Hyundai Motor Company, said: “Since exports began 40 years ago, Hyundai Motor’s pioneering ethos has seen it become one of the biggest and fastest-growing brands in the world. With such steady growth, we anticipate an evolution from being a transportation company, to a mobility service provider.”

To recognize the historic occasion, Hyundai Motor presented a range of 26 heritage and current production vehicles at the event in Ecuador. To reflect Hyundai’s export history the line-up of cars included two original Pony models, current Tucson and Santa Fe SUVs, as well as the pioneering IONIQ hybrid and electric cars. Following the event, attendees took part in an IONIQ test drive event to experience both hybrid and fully-electric versions of the vehicle in the beautiful Galapagos Islands.

Building on its international export success, Hyundai Motor is now the sixth-largest automotive brand in the world and the 35th biggest brand overall globally, according to the latest rankings by Interbrand. Despite yet another challenging year for the automotive industry, the company’s global brand value grew 11% since 2015, reaching $12.6bn in 2016, securing the Korean company’s place among the biggest brands on the planet.

The Hyundai Motor brand is set to achieve even greater heights with the launch of IONIQ - the world’s first vehicle platform to offer three electrified powertrains, making low- to zero-emission mobility accessible to everyone. In 2017, high-performance Hyundai N cars will come to market and the future-mobility focused ‘Project IONIQ’ will continue to push the automotive industry’s boundaries, moving Hyundai Motor into new automotive spaces.

All export figures reported in this news release are based on domestically produced (Korean) units only.