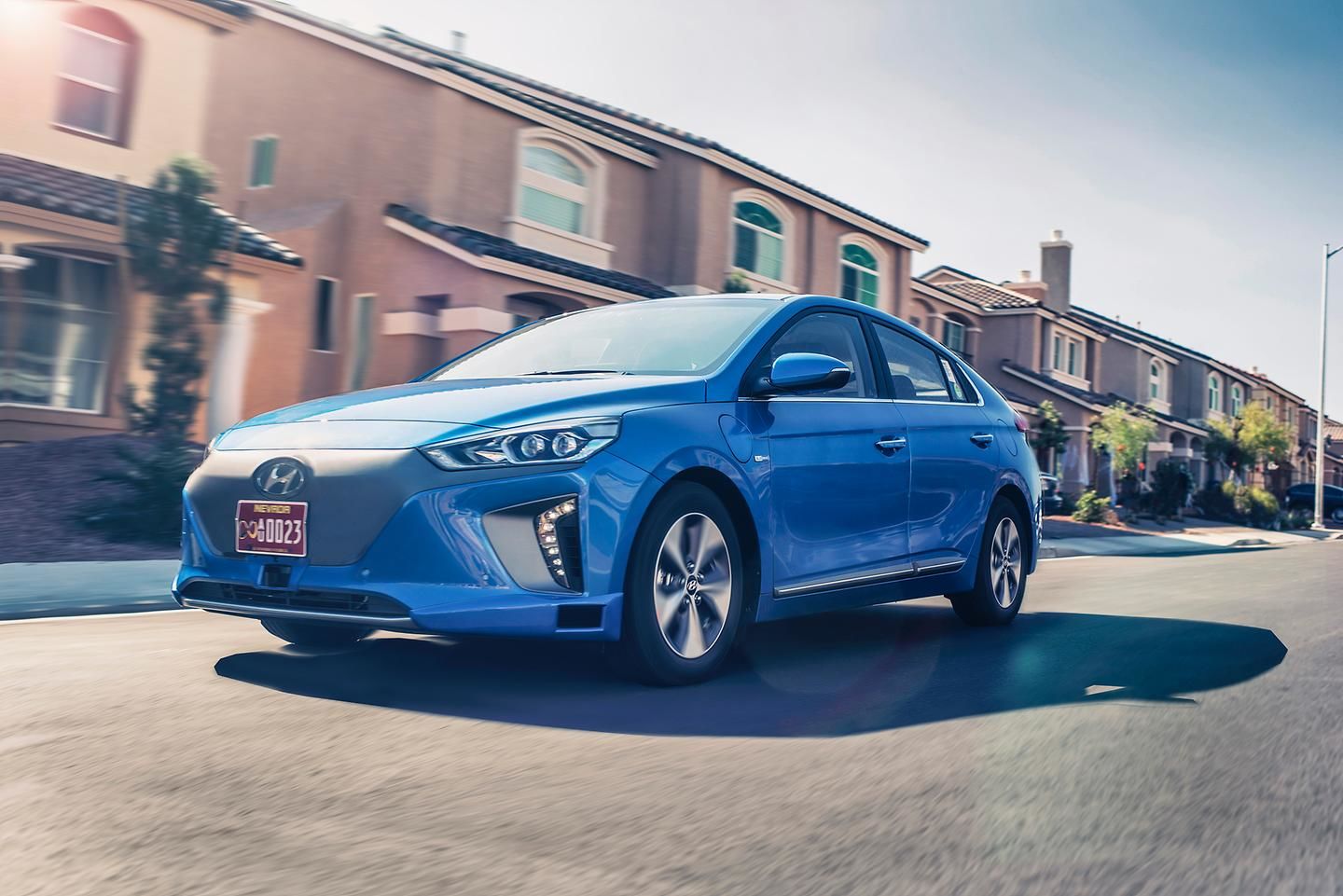 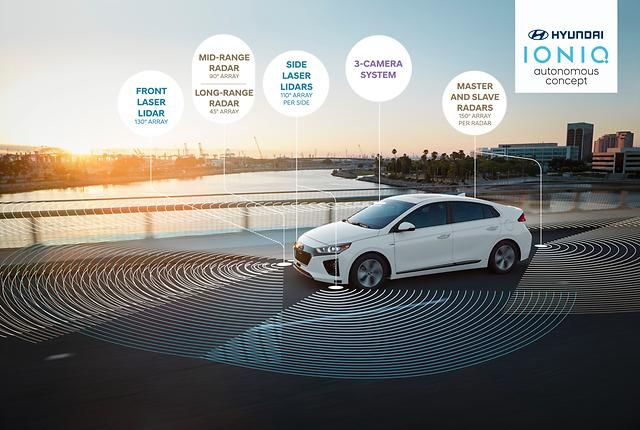 Los Angeles, Nov. 16, 2016 – Hyundai Motor announced the introduction of the Autonomous IONIQ concept during its press conference at Automobility LA (Los Angeles Auto Show). With a sleek design resembling the rest of the IONIQ lineup, the vehicle is one of the few self-driving cars in development to have a hidden LiDAR system in its front bumper instead of on the roof, enabling it to look like any other car on the road and not a high school science project. 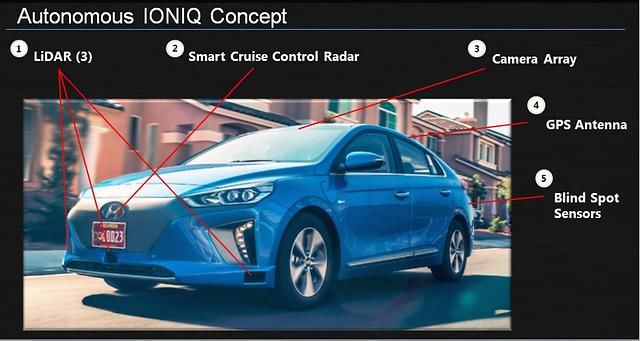 The goal of the autonomous IONIQ concept was to keep the self-driving systems as simple as possible. This was accomplished by using the production car’s Smart Cruise Control’s forward-facing radar and Lane Keeping Assist cameras, which are integrated with LiDAR technology.  Hyundai is also developing its own autonomous vehicle operating system, with the goal of using a lot less computing power. This will result in a low-cost platform, which can be installed in future Hyundai models the average consumer can afford.

These features build upon the capabilities of the product IONIQ, which offers Automatic Emergency Braking with Pedestrian Detection, Smart Cruise Control, Lane Departure Warning and Rear Cross-Traffic Assist. The vehicle also incorporates all autonomous controls into existing systems to ensure that drivers can have a seamless transition between active and self-driving modes.

To showcase its autonomous vehicles in action, Hyundai Motor will debut two autonomous IONIQs at the Consumer Electronics Show (CES) in January 2017 where the cars will be found driving up and down the neon-and sunlit boulevards of Las Vegas. The testing in Las Vegas will build upon the Hyundai’s current efforts to bring the most adept and safest self-driving car to market.

In addition to offering media rides, these IONIQs will be prepared to tackle: