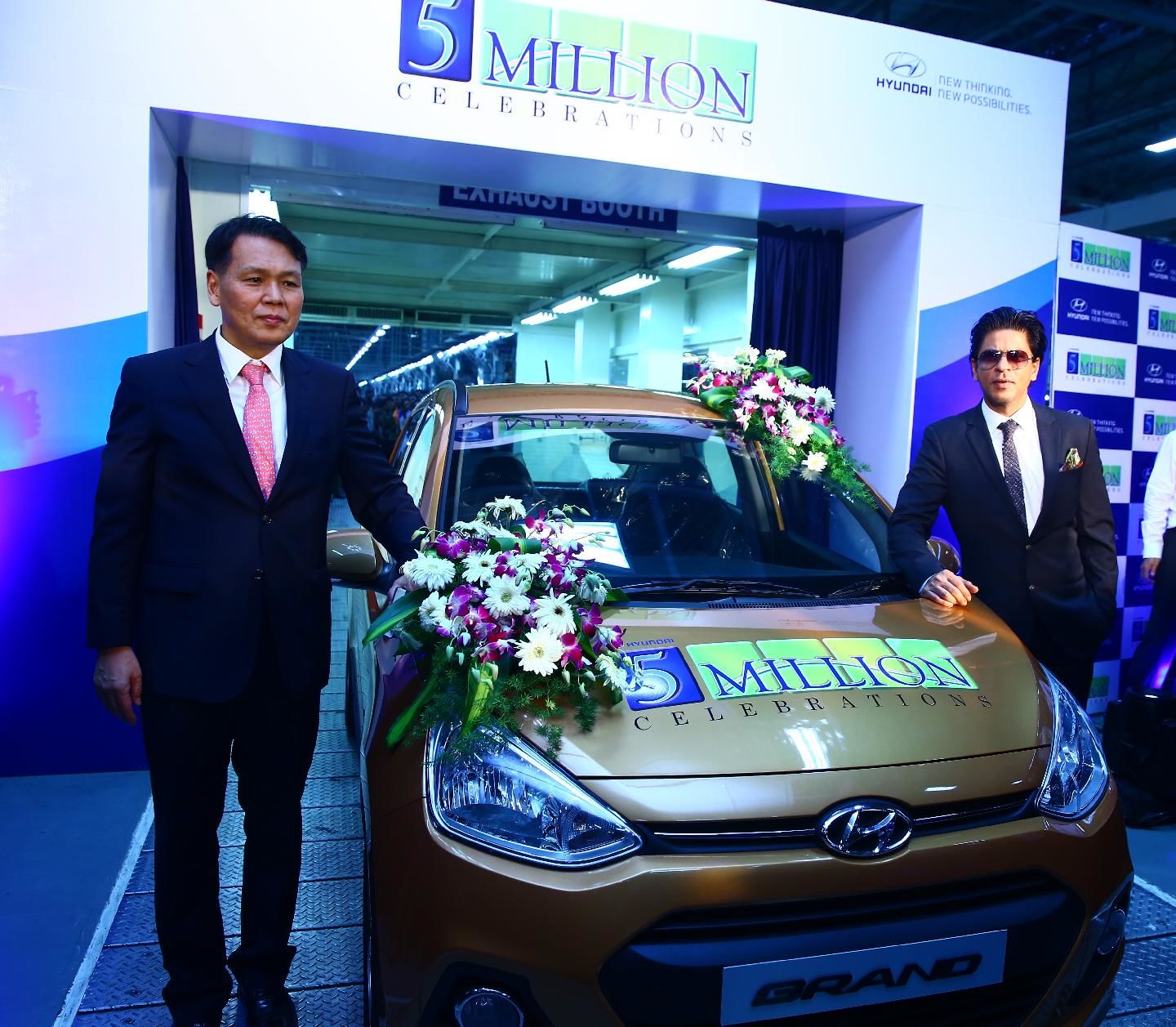 - Newly launched Hyundai Grand i10 gets the honor

Oct. 17, 2013 – Hyundai Motor India Limited (HMIL), a wholly owned subsidiary of Hyundai Motor Company, today marked the production of the 5 millionth car at its manufacturing unit in Chennai, since it started local production in 1998.

With an investment of USD 2.7 billion, the country’s second-largest car manufacturer has successfully completed 15 years of bringing world-class products to India’s market.

With a GDP contribution of 4 percent to the Tamil Nadu State government, HMIL has significantly contributed to the Indian economy since 1996. Leading with 46 percent export market share and 20.3 percent in the passenger car segment, Hyundai has become the most loved and trusted car manufacturer in India.

HMIL’s CSR arm, Hyundai Motor India Foundation (HMIF) was founded to put into action sustainable, compassionate and effective practices for our stakeholder community and has announced a program to plant 1 million trees as part of the ‘Go Green’ Initiative. So far, HMIF has planted 20,000 trees under this novel initiative.

Speaking on the occasion, Mr. B.S. Seo, CEO of HMIL said, “The 5 millionth car roll-out is an important milestone and a symbol of Hyundai's long-term commitment to the Indian market. As we reach this significant landmark, I thank our valuable customers, founding partners, employees, dealers and suppliers for their support and commitment. We will continue to focus our efforts in the Indian automobile industry through continued investments and world-class products.”

With the 5 million car roll-out, Hyundai also celebrates 15 years of excellence in India accompanied by its long term association with Shahrukh Khan, the popular Indian film actor. Hyundai and Shahrukh Khan’s association is one of the longest-running brand ambassador associations in India.

Further information about Hyundai Motor and its products is available at http://worldwide.hyundai.com  and www.hyundaiglobalnews.com .
.
About HMIL
Hyundai Motor India Limited (HMIL) is a wholly owned subsidiary of Hyundai Motor Company (HMC). HMIL is the largest passenger car exporter and the second largest car manufacturer in India.