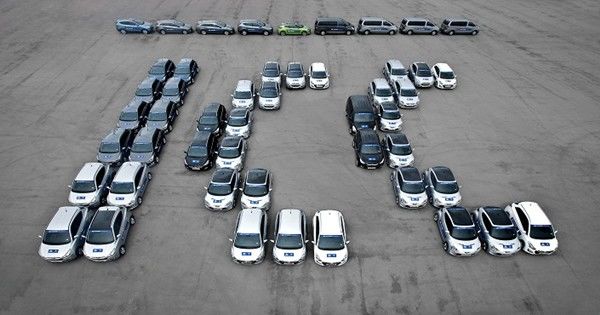 
• Hyundai vehicles to be provided for the ICC Champions Trophy 2013
• Mixture of models ranging from sporty Veloster to roomy i800 (H-1)
• Cars to be used by teams, staff, VIPs, match officials and staff
• Extends Hyundai’s support for international cricketing competition

June 5, 2013 – As official partner of the International Cricket Council (ICC), Hyundai Motor Company delivered 70 vehicles in advance of the start of this year’s prestigious ICC Champions Trophy, which begins tomorrow in Cardiff.

The ICC will be using a number of different Hyundai models during the Champions Trophy tournament, which will take place in world-renowned venues in England and Wales.  The vehicles, including the i30, i40, Veloster and i800 (H-1), will be fully branded and used by teams, staff, VIPs and match officials, and even as team buses.

Tony Whitehorn, CEO of Hyundai Motor UK, commented, “Hyundai Motor has an ongoing partnership with the ICC, and we are delighted to support the ICC Champions Trophy tournament here in England and Wales over the next couple of weeks.  This exciting tournament provides us with a fantastic opportunity to showcase our product range to a broad audience of cricket fans.”

ICC’s General Manager – Commercial, Campbell Jamieson, said: "The ICC values the partnership with Hyundai Motor, which grows stronger with each event. The company's provision of transportation for teams, officials, VIPs and the working staff speaks to its dedicated commitment to the partnership."

The ICC Champions Trophy 2013 one-day series runs from June 6 to 23, during which the world’s top eight one-day sides compete for the prestigious title.  Title holders India will be seeking to maintain their status, competing against teams from England, South Africa, The West Indies, Pakistan, Australia and New Zealand.

Hyundai Motor will announce the results of the tournament and match schedule via its giant advertising LED screen at Piccadilly Circus from June 5 to 23.


About Hyundai Motor
Established in 1967, Hyundai Motor Co. has grown into the Hyundai Motor Group, with more than two dozen auto-related subsidiaries and affiliates.  Hyundai Motor - which has seven manufacturing bases outside of South Korea including Brazil, China, the Czech Republic, India, Russia, Turkey and the U.S. - sold 4.4 million vehicles globally in 2012. Hyundai Motor, which employs over 90,000 workers worldwide, offers a full line-up of products including small to large passenger vehicles, SUVs and commercial vehicles. 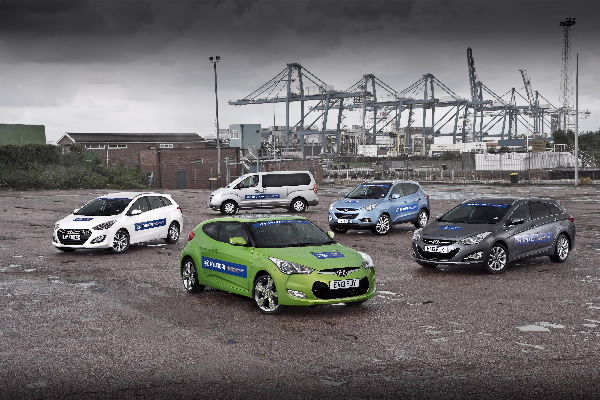