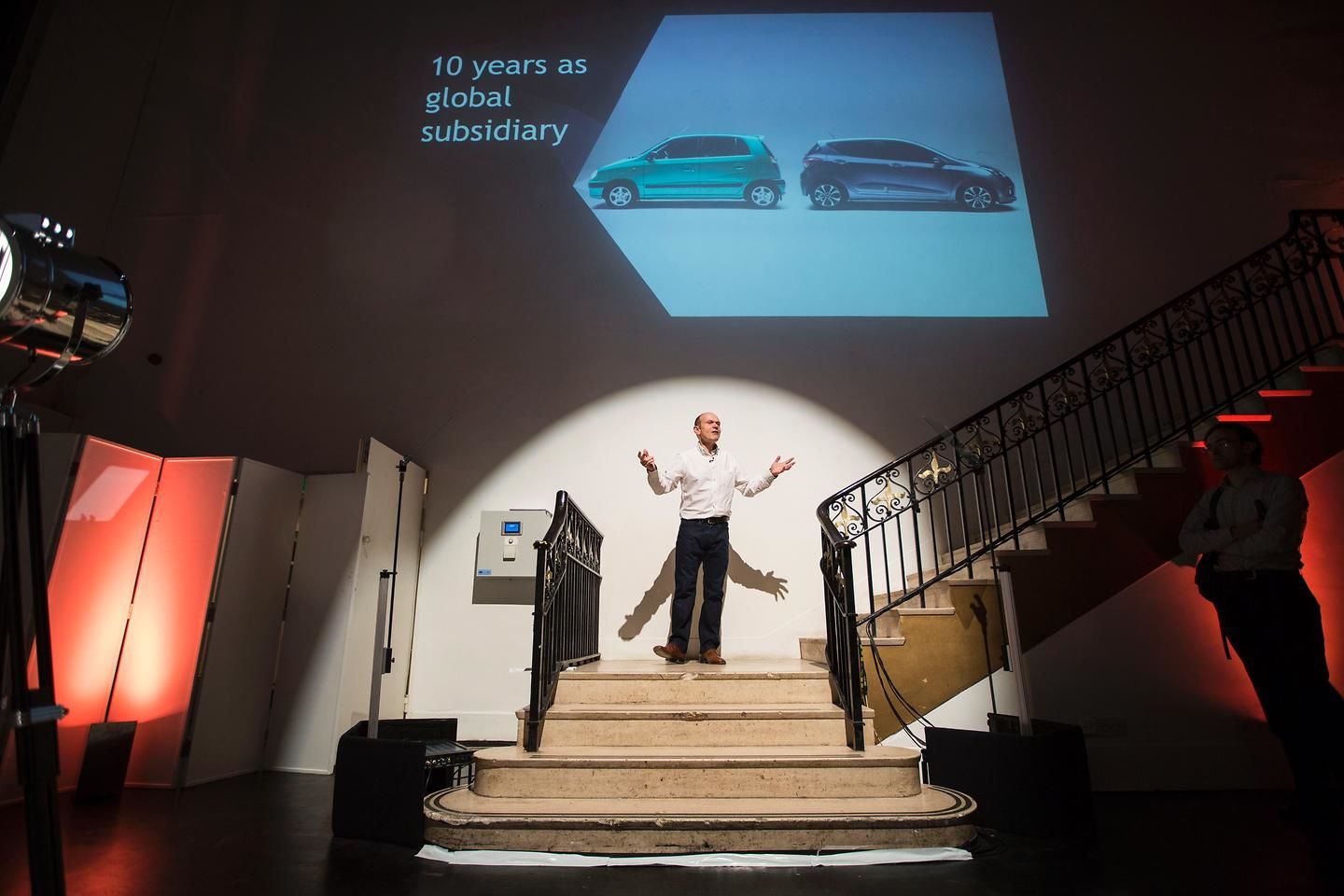 Hyundai Motor reaches One Millionth Milestone in the UK

-  Running for a million seconds (11.6 days) from 26 November, #M1LLION allows Hyundai
fans to nominate their ‘one in a million’ – a person they feel deserves to win a new Tucson

-  New campaign announced in the year that Hyundai Motor UK marks another milestone:
10-years as a global subsidiary, celebrated by www.astreetcarnamedhyundai.com

November 26, 2015 – Hyundai Motor has today announced a significant milestone in its UK history - it has sold exactly one million vehicles since 1982 when it imported its first car, the Pony.

The landmark one millionth car is the all-new Tucson compact SUV which is Hyundai Motor’s latest and fastest-selling model in the UK.  To celebrate reaching this milestone, the Company will give this top-of-the-range vehicle away through its #M1LLION campaign.

The competition launches today and will ask users to nominate their ‘one in a million’ – a person they believe deserves to win the brand new car.

Tony Whitehorn, President and CEO of Hyundai UK said: “To have reached a million cars sold in the UK is an amazing achievement for our business and this #M1LLION competition is a way to share this milestone with our loyal customers and social media fans.

“We have been selling cars in the UK for a lot longer than many people think - since 1982 in fact. The last ten years, though, have been the most seminal in our history with more than 600,000 of the one million vehicles sold since 2005 and our market share has more than doubled to 3.5 percent.  This has made us the fastest growing car brand in the UK.

“They say the best advertisement for a car company is to see cars on the road and with that many out there, the future looks good for Hyundai.”

Entries for #M1LLION can be made on Hyundai UK’s Facebook wall (www.facebook.com/hyundaiuk) or on Twitter (@Hyundai_UK) and Instagram (@hyundaiuk) using the hashtag #M1LLION. The promotion runs for a million seconds from 26 November, the equivalent of 11.6 days. During that time there will be an unannounced ‘winning moment’, where all entries submitted during that moment will be eligible to win.

Entries can be submitted as a text, image or video, with the winning entry awarded a Hyundai Tucson 2.0-litre diesel Premium SE in Ara Blue worth £28,345 for their nominated ‘one in a million’. Full terms and conditions can be viewed here: http://www.hyundai.co.uk/content/downloads/hyundai_million_terms.pdf

Packed full of technology and with an eye-catching design, the all-new Tucson is the perfect representation of the Hyundai brand. It is available with Autonomous Emergency Braking, Lane Departure Warning System with Lane Keep Assist, Smart Park Assist, as well as Keyless Smart Entry with engine start-stop and TomTom navigation with LIVE traffic updates.

This landmark comes as Hyundai UK marks another milestone: 10 years as a global subsidiary. This was celebrated with “A Streetcar Named Hyundai” (www.astreetcarnamedhyundai.com) – a world-first zero-emissions driving challenge in London, which with the use of cutting-edge technology has created the first ever mosaic image made up of 503,919 photographs of every street in London. The final image was also revealed today at a special event held at the Sunbeam Studios in London.

About Hyundai Motor
Established in 1967, Hyundai Motor Company is committed to becoming a lifetime partner in automobiles and beyond. The company, which leads the Hyundai Motor Group, an innovative business structure capable of circulating resources from molten iron to finished cars, offers top-quality best-sellers such as Elantra, Sonata and Genesis. Hyundai Motor has eight manufacturing bases and seven design & technical centers worldwide and in 2014, sold 4.96 million vehicles globally. With almost 100,000 employees worldwide, Hyundai Motor continues to enhance its product line-up with localized models and strives to strengthen its leadership in clean technology, starting with the world’s first mass-produced hydrogen-powered vehicle, ix35 Fuel Cell.
More information about Hyundai Motor and its products can be found at:
http://worldwide.hyundai.com or http://www.hyundaiglobalnews.com


About Hyundai Motor UK
Hyundai has sold vehicles in the UK since 1982. In 2005, Hyundai opened its own UK subsidiary, Hyundai Motor UK Ltd, based in High Wycombe. Since 2008, the company has risen from 21st to one of the top manufacturers in the UK and last year sold a record 82,159 vehicles. Hyundai Motor UK employs over 3000 people through its UK operations and dealer network.
Hyundai offers a full range of vehicles from the award-winning New Generation i10 city car through to the capable Santa Fe SUV and iLoad LCV. All passenger cars come with Hyundai’s industry-leading 5 Year Unlimited Mileage Warranty package. Further information about Hyundai and its products is available at www.hyundai.co.uk.
Follow us on Twitter @Hyundai_UK_PR