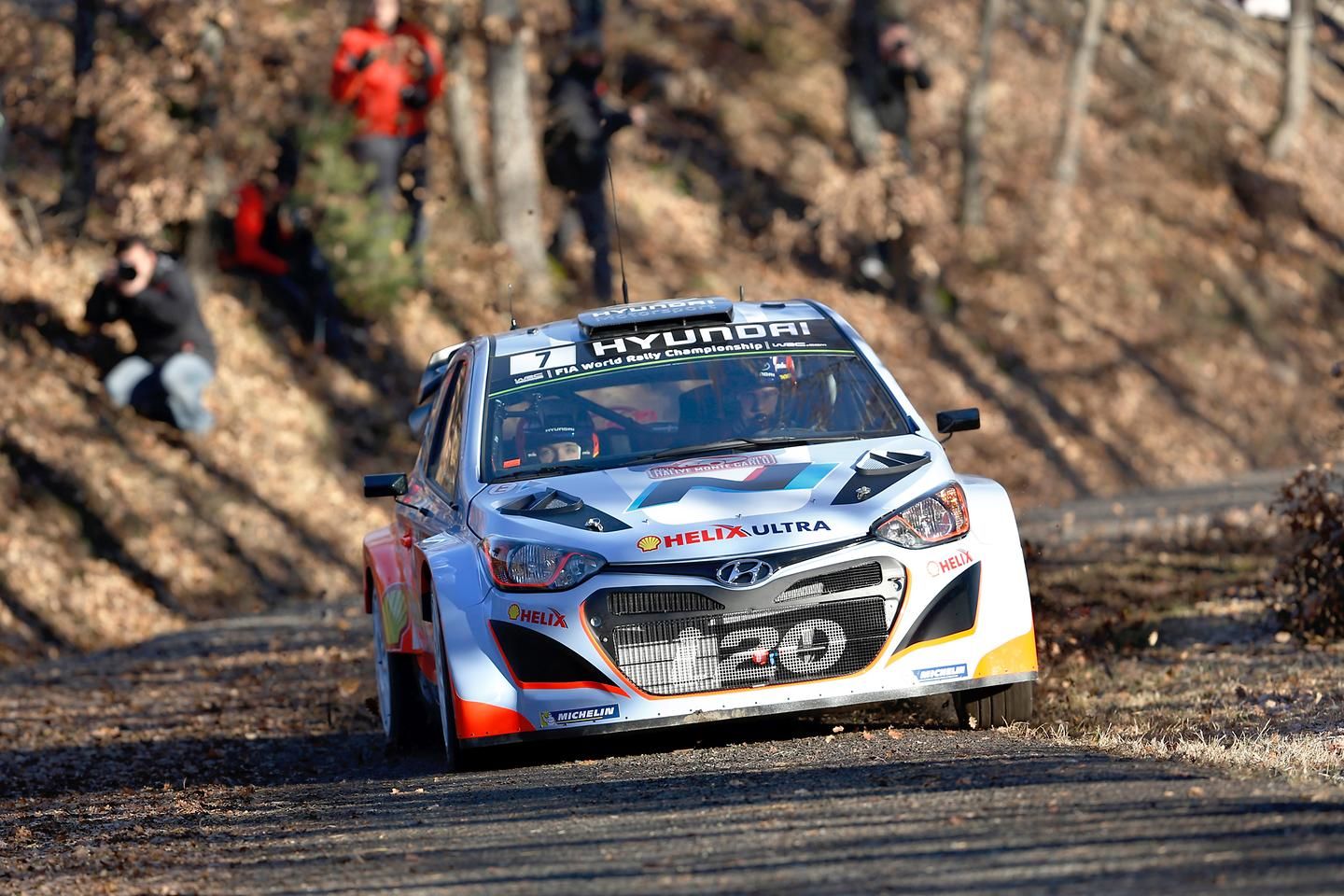 • Three weeks after the finale of the 2014 FIA World Rally Championship, the Hyundai Shell World Rally Team is already working towards the opening rounds of its second season in competition.

• The team’s 2015 drivers Thierry Neuville and Dani Sordo both conducted two days of testing each with the Hyundai i20 WRC this week to prepare Monte Carlo rally.

• The pair will move soon to the Arctic Circle for four further days of testing to prepare the car for Round 2 of the 2015 Championship at Rally Sweden.

December 5, 2014 – The Hyundai Shell World Rally Team has begun preparations for its second season in the FIA World Rally Championship (WRC) with a four day test in the region of Ardèche this week.

The team’s appointed rally drivers for 2015, Thierry Neuville and Dani Sordo, have both put the Hyundai i20 WRC through its paces in anticipation of the opening round of next season, which will take place 22-25 January – just seven weeks from now.

The team was greeted with a variety of weather conditions this week as 2014 WRC rally winner Neuville carried out two days of testing on Monday and Tuesday before handing over to his team-mate Sordo for Wednesday and Thursday’s running.

The Hyundai i20 WRC that will start the 2015 season will be a substantially developed iteration of the car that started Monte Carlo earlier this year so the team has spent the past four days understanding how the latest specification car handles on the Monte Carlo Rally roads.

Thierry Neuville said: “We’ve spent a productive two days in the car this week, keeping us busy as we prepare for next season. I’ve had a good feeling from the car and we have been moving forward, step by step and getting quicker. It’s important for us to start as early as we can for the first rallies of 2015. We will now continue with our winter programme so we can head into Christmas and New Year in the best shape.”

Dani Sordo said: “The 2014 season might be over but the work doesn’t stop as we carry out our 2015 preparation. Thierry and I have both had two days in the Hyundai i20 WRC in Ardèche this week and it has been good to keep driving. December is a busy month but we need to do all we can to prepare for the next season.”

Team Principal Michel Nandan commented: “The purpose of this week’s test on asphalt and very soon on snow is to understand how the latest specification Hyundai i20 WRC handles on these conditions. Although we have a full year of experience under our belts since we started our first event, we have to keep on working to prepare for the first rallies of the 2015 calendar – the first of which takes place next month. Our 2015 drivers Thierry and Dani both drove two days each this week and will also carry out a four day test in Sweden mid-December. We are continuing to evolve the Hyundai i20 WRC so these tests allow us to get final pieces of information for us to fine tune the cars for the first rounds of the new season.”

The team will now carry out a similar preparatory test in Sweden mid-December with Neuville and Sordo again sharing the Hyundai i20 WRC for two days each. Hyundai Shell World Rally Team will then head into the festive break with up-to-date information from the car which will prove useful for the opening two rounds of its second season in the World Rally Championship.

The test team will go back to action early January during a final pre-event test to hone its set-up shortly before Rallye Monte Carlo.

About Hyundai Motorsport GmbH
Established on 19 December 2012, Hyundai Motorsport GmbH is responsible for Hyundai’s global motorsport activities and primarily for its World Rally Championship programme.  Based in Alzenau on the outskirts of Frankfurt in Germany, the company embarked on its debut season in the FIA World Rally Championship in 2014 with a bespoke team of skilled staff and a brand new car, the Hyundai i20 WRC.