Hyundai On The Podium For The First Time

Hyundai on the podium for the first time

Hyundai has posted its best ever sales ranking since the brand started selling cars in Australia in 1986. The sales result of 7,208 units was also its best ever February result.

In a total market that has increased +17% (February YTD 2010 v. February YTD 2009), Hyundai Motor Company Australia has achieved an overall increase in sales of +73.6%.

iLoad posted its best ever sales result of 657 units and best ever market share of 33.7%, ranking first in the van segment for the first time.

“The team at Hyundai and the Hyundai Dealer network are excited that more Australians are considering Hyundai when they are looking for a new car,” said Damien Meredith, Hyundai’s Director of Sales. “The all-new ix35 compact SUV was launched last month and we have the i20 compact hatch and i45 mid-sized sedan launching before the middle of the year.” 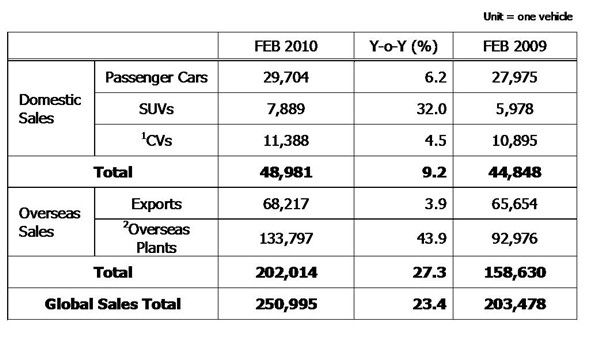