Hyundai Motor Company, UEFA EURO 2012TM top partner, today announced a new initiative for this year’s tournament: Team Hyundai.  Comprising five of the best-known players in Europe – all of them top-class internationals – Team Hyundai will act as ambassadors for the brand in Hyundai’s communications activities around what will be this year’s biggest footballing event.

Allan Rushforth, Senior Vice President and COO of Hyundai Motor Europe commented, “The five ambassadors will be rivals on the field during the upcoming UEFA EURO 2012TM , but they are united by their passion for football and it’s a great pleasure to bring them together as Team Hyundai.  Their determination and talent sets them apart on the field, and every Team Hyundai player has the potential to be a game-changer during this year’s tournament.”

Team Hyundai will be a constant reminder to fans of the excitement, dynamism and passion that football inspires.  Each of the Team Hyundai members has made it to the top through determination and continuous improvement, corresponding closely with Hyundai’s achievements in the European car market.

Further to the Team Hyundai announcement, Hyundai will also launch a new charitable initiative, with the company once again supporting young people and players to realise their ambitions to become game-changers of the future.

Football fans and followers of Hyundai will be invited to participate in the initiative, reflecting Hyundai’s commitment to always engaging in a way that reflects the spirit of the game – through openness and inclusion.

By entering the dedicated application on Hyundai's global Facebook page – www.facebook.com/Hyundaiworldwide – fans can ‘like’ their favourite Team Hyundai player.  For every ‘like’, Hyundai will donate €1, and the company is targeting a total donation of €250.000.

Further details of this and other activities to be run by the company will be announced ahead of the UEFA EURO 2012TM tournament.

Hyundai Motor Company has been a partner of UEFA for more than 12 years, including UEFA EURO 2000TM , UEFA EURO 2004TM and UEFA EURO 2008TM . As the UEFA EURO 2012TM top partner, Hyundai will deliver a fleet of more than 350 Hyundai vehicles consisting of various models to transport teams, VIPs and tournament officials. 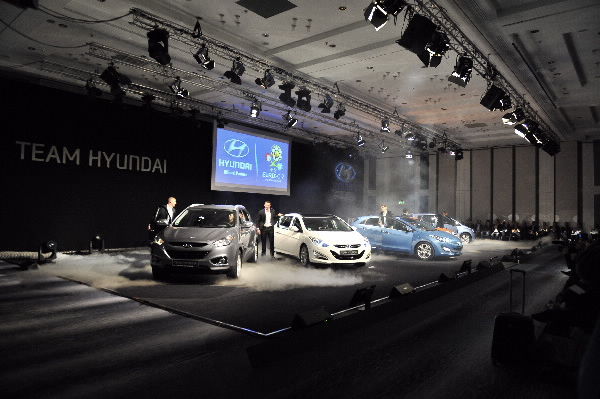 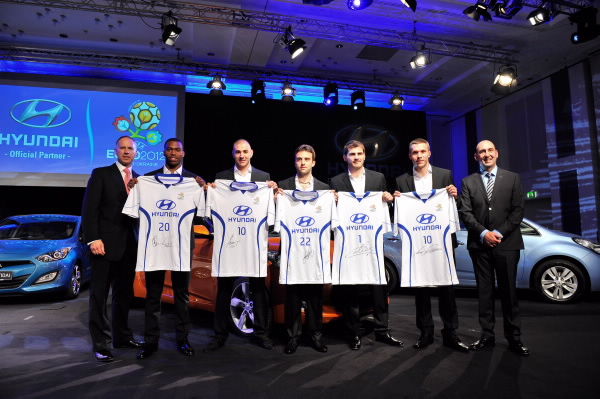 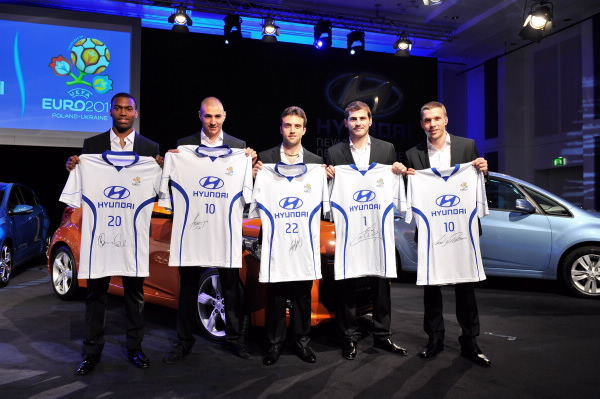 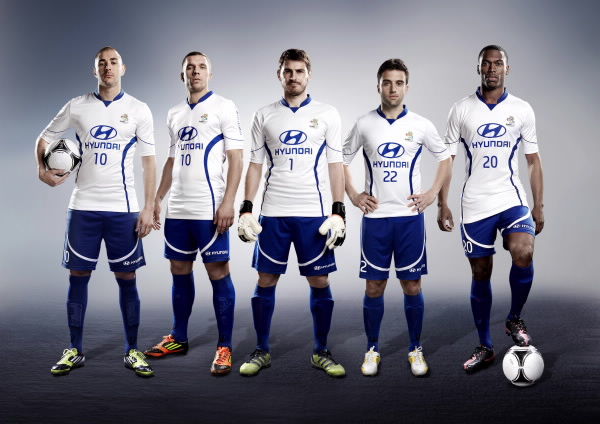