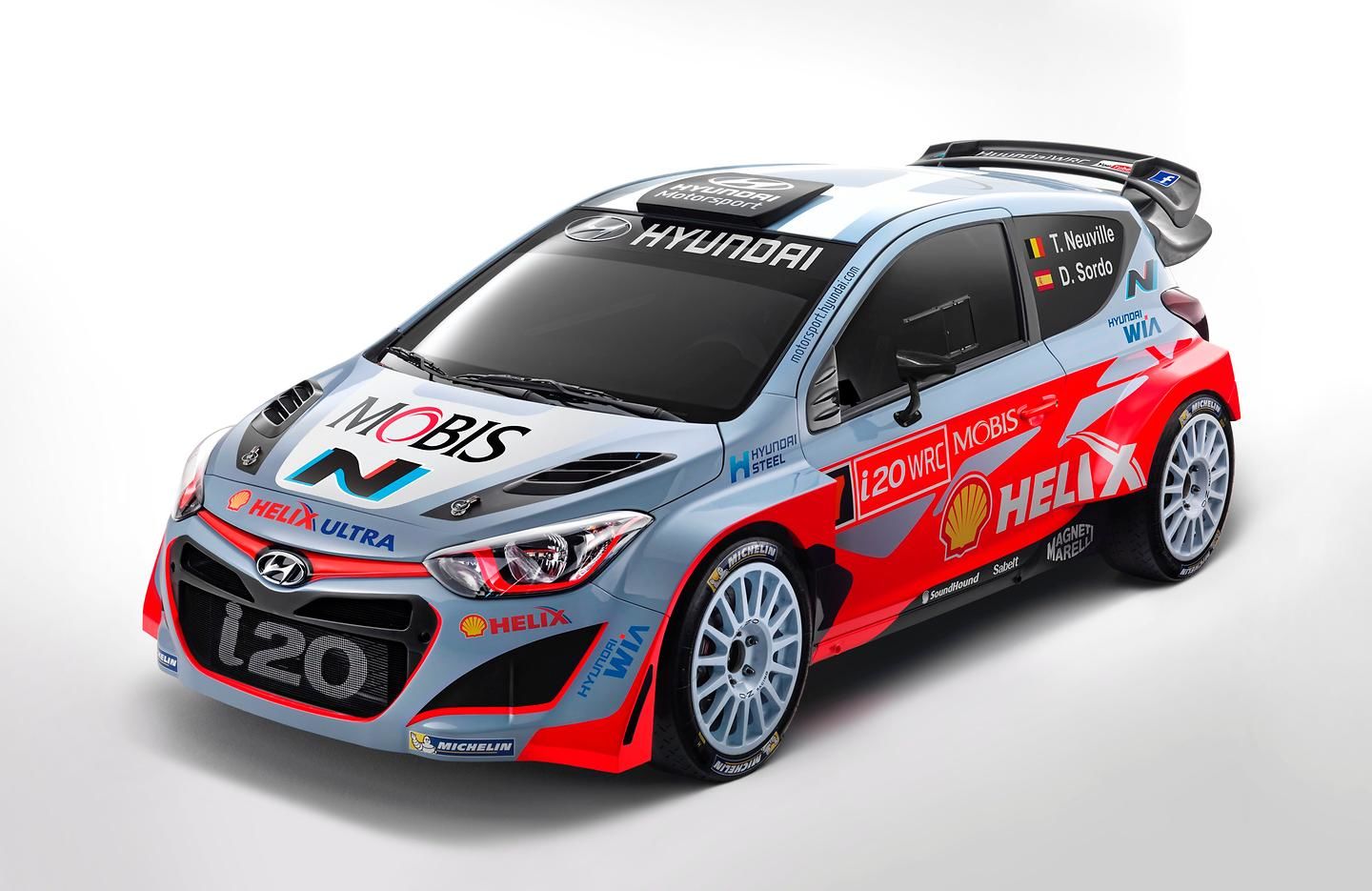 • Ahead of the season opening rally at Monte-Carlo, Hyundai Motorsport has announced new partnerships with affiliates Hyundai Mobis, Hyundai WIA and Hyundai Steel

• The team also announces the signing of young Dutchman Kevin Abbring in the role of official test driver for 2015.

January 16, 2015 – Hyundai Motorsport has added a number of new names to its team line-up as the start of the 2015 FIA World Rally Championship (WRC) fast approaches.

The success of Hyundai Motorsport’s debut season in the WRC has been well supported by Hyundai around the world. As a result of the team’s performances in 2014, which included the memorable 1-2 in Rallye Deutschland, a number of Hyundai affiliates have come on board as official partners ahead of the 2015 season.

Automotive parts company Hyundai Mobis, parts manufacturer Hyundai WIA and steel firm Hyundai Steel will all be partners of Hyundai Motorsport from the first round of the year at Monte Carlo, with their company logos displayed on the Hyundai i20 WRC cars.

The team’s maiden season in WRC was the first proper foray into the world of motorsport for much of the Hyundai world. The interest in the rally programme and visits to the team’s hospitality unit at events resulted in a greater understanding of the business benefits that can be derived from Hyundai Motorsport’s involvement in WRC, as well as the appeal to customers around the world.

Hyundai Mobis, Hyundai WIA and Hyundai Steel have now partnered with Hyundai Motorsport to use WRC to promote their own businesses on a truly global scale, as befits the nature of their respective businesses.

Team Principal Michel Nandan said: “We have had a lot of support from Hyundai around the world following our inaugural season and it is a pleasure to welcome Hyundai Mobis, Hyundai WIA and Hyundai Steel to the team for 2015. The appeal and business benefits of our WRC activities in 2014 became quickly apparent to Hyundai globally and these new partnerships are a result of that. We’re sure we will share a positive season together with these important companies.”

Hyundai Motorsport has also announced the signing of Dutchman Kevin Abbring in the role of test driver for the coming season.

Abbring, who turns 26 next week, is a young and talented driver with a bright future in the WRC. He carried out some driving duties for the team last year, taking part in a number of pre-event roll-outs. His attitude and skill behind the wheel impressed the engineers, who found him to be a valuable addition to the team.

Abbring, who took part in the FIA European Rally Championship (ERC) as well as Rallye de France last season, will take part in a number of official tests with the main focus on development of the New Generation i20 WRC and will compete in selected WRC events with the team, alongside his co-driver Sebastian Marshall.

Abbring commented: “I am thrilled to be joining the Hyundai Motorsport driver line-up in 2015 in the role of test driver. I watched the team’s debut season in WRC with interest and they really surpassed everyone’s expectations. I look forward to making a contribution to the ongoing development of the car and working with a very talented team of people.”

Team Principal Michel Nandan commented: “We are pleased to include Kevin in our driver line-up for 2015, He is an extremely talented young driver and definitely one to watch for the future. We take our role as a WRC manufacturer seriously and have to invest in the talent of tomorrow. He impressed us with his approach and his ability in some roll-outs last year and we followed his progress in ERC and Rallye de France closely. He has vast experience with different rally cars and his contribution to the development of our New Generation i20 WRC will be valuable. It’s great to have him as part of our driver roster.”