See Yourself On the Big Times Square Billboard

Dec. 05, 2012 - Hyundai Motor Company, the world’s fastest-growing auto company by brand, today presented its new billboard content for New York’s Times Square, continuing to provide innovative and valuable experiences for customers in the heart of one of the world’s busiest commercial districts.

Dubbed as the `Live Image Show,’ Hyundai connected cameras to its main outdoor billboard at Two Times Square, so people can capture images of themselves and have them projected live on Hyundai’s billboard. The billboard then displays an image of the people in Hyundai vehicles traveling through an animated version of New York. The cameras are perched on top of the TKTS ticket booth (i.e., the famous Red Stairs) in Times Square and unlike previous wide-angle shots that capture random people, Hyundai’s cameras zoom in on a handful of people.

“Times Square is one of the world’s most famous tourist spots, where people, including our customers, travel from afar to create unforgettable moments,” said Won-Hong Cho, Chief Marketing Officer at Hyundai Motor Co. in Seoul. “We wanted to create a special moment for our customers at this special venue - a brilliant moment.”

In April this year, Hyundai launched a new global brand campaign called `Live Brilliant,’ which is aimed at illustrating how the company’s brand direction `Modern Premium’ is expressed and delivered in customers’ everyday lives. Hyundai will continue to create more content for its interactive billboard, including personalized short films.

New York’s Times Square is a global landmark, considered to be one of the world’s busiest commercial hubs. Approximately 1.5 million people are estimated to pass by on a daily basis, while 550 million visit on an annual basis. The Two Times Square building, where Hyundai has secured advertising space since October 2009, is one of the most coveted advertising spots in the world.


About Hyundai Motor
Established in 1967, Hyundai Motor Co. has grown into the Hyundai Motor Group, with more than two dozen auto-related subsidiaries and affiliates. Hyundai Motor -- which has seven manufacturing bases outside of South Korea including Brazil, China, the Czech Republic, India, Russia, Turkey and the U.S. -- sold 4.06 million vehicles globally in 2011. Hyundai Motor, which employs over 80,000 worldwide, offers a full line-up of products including small to large passenger vehicles, SUVs and commercial vehicles. Further information about Hyundai Motor and its products is available at www.hyundai.com. 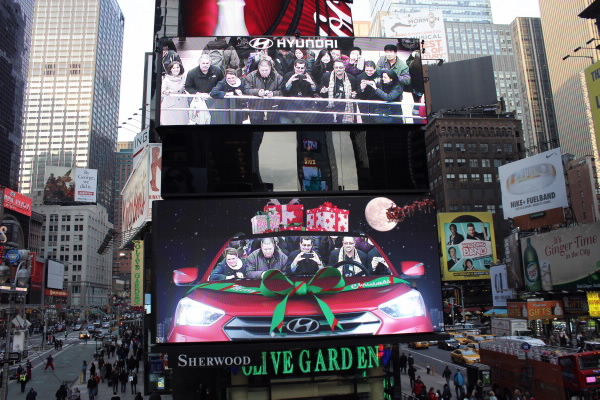 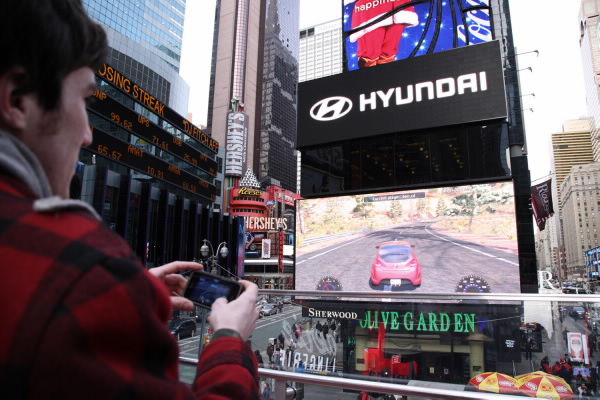 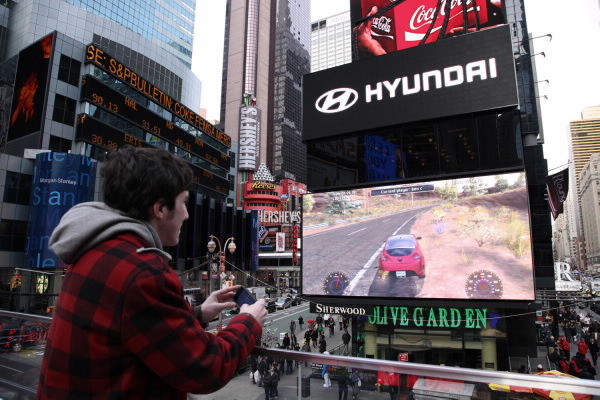