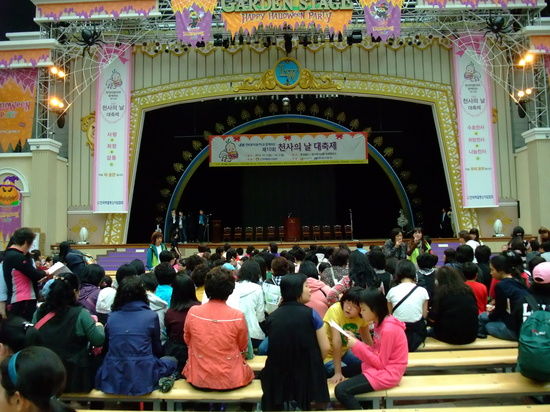 HMC has prepared a special event for children suffering from leukemia and cancer. On October 2, the company will sponsor the 10th Angels’ Day Festival, held overnight at Lotte World in Seoul as well as the Yangpyeong Campus of the English Village in Gyeonggi-do, a camp for children with leukemia and cancer. Hosted by the Korean Leukemia and Children’s Cancer Society and sponsored by HMC and the Ministry of Public Health, the camp will draw 700 participants in total, including children themselves and their family members, providing them with an opportunity to re-energize their bodies and minds.

HMC will also sponsor the special concert to be held by the Children’s Fund and the Children's Cancer Society on the outdoor stage of the Gyeonghee Royal Palace on October 4, inviting 3000 attendees in total, including immigrants; their children as well as children suffering from the disease and their family members; and the Hyundai customers who have participated in the campaign. The concert will  feature important ?gures and celebrities, such as actors Park Sang-won and Shin Hyeonjun, as well as performances by Heartwind Orchestra (composed of children with mental disabilities), by singer In Sun-yi and the choral music by Rainbow Choir, composed of children from immigrant families.