The New i10: More style and advanced technology
for an even greater package


·         The evolution of Hyundai Motor’s second-generation i10 comes with young and modern design refinements
·         New i10 offers new advanced active safety and connectivity features usually found in the segments above
·         Hyundai Motor’s refined A-segment car, designed, developed and produced in Europe, will debut live at the Paris Motor Show 2016

August 31, 2016 – Hyundai Motor’s successful i10 has been enhanced with new advanced active safety and connectivity features from the segments above, as well as modern design refinements, including the new signature Cascading front grille.

“New i10 showcases great build quality with our passion for details, while also including many features from the segments above,” said Thomas A. Schmid, Chief Operating Officer at Hyundai Motor Europe. “The excellent total package representing great value has made the i10 one of the best-selling cars in its class and popular with customers across Europe - a success story that the New i10 is set to carry on.”

Refined design highlights and an enhanced ride
New i10 comes with many design refinements for a more emotionally appealing look, including the new Cascading front grille. It is characterised by its curved natural flowing line and will become the new family identity for Hyundai models in the future.

In the front, the New i10 features a new bumper design and new round LED daytime running lights, positioned at the edges of the new Cascading grille to give the front an emotional look. On the rear, New i10 is also characterised by an evolved bumper design, including refined materials on the rear lights, a new black inlay as well as round rear fog lamps mirroring the new front design. Redesigned side mouldings with a new shape and size round off the fresh profile of New i10.

Moving to the interior, New i10 comes with a new stylish shade of red cloth. Customers can now additionally choose from blue, orange, beige and black interior colours on all trims.

New i10 introduces a new design of 14-inch steel or alloy wheel. Enhancements in ride and handling, for instance due to a larger front bump stopper and modified steering gear ratio, round off New i10’s segment-leading package.

Like its predecessor New i10 will come with the proven choice of two gasoline engines, 1,0-litre and 1,25-litre, driving the front wheels through five-speed manual as standard or four-speed automatic gearboxes. The BlueDrive™ model, based on the 1,0 gasoline variant, includes a number of features to reduce fuel consumption. New i10 is also offered as a 1,0-litre liquid-petroleum gas (LPG) factory-fitted option.


A great package of connectivity, convenience and active safety
The New i10 makes advanced technology available to more people than ever before. Responding to customer demand for single connectivity features, New i10 includes the latest connectivity features, all integrated into the new seven-inch touch screen navigation system. Apple CarPlay and Android Auto guarantee seamless integration, safe operation and mirrored functionality of mobile devices based on iOS or the Android operating system.

In order to be up-to-date at any time, New i10’s navigation system comes with a seven-year free subscription to LIVE Services, offering real-time traffic conditions, local weather and points of interest as well as the position of speed cameras in countries where this is permitted by law. Customers do not even have to choose: New i10 is the only car in its class to offer Android Auto, Apple CarPlay and LIVE Services in a single infotainment system.

In terms of safety New i10 now comes with two new advanced features to actively avoid accidents, both based on the new multi-functional camera: a Front Collision Warning System (FCWS) and a Lane Departure Warning System (LDWS). Using front camera sensors, FCWS alerts the driver acoustically and visually about collision dangers arising from other vehicles. Lane Departure Warning alerts the driver if unsafe movements are made while the car is driving over 60 km/h. The LDWS sounds an alarm before the car moves over lane markings.

On the convenience side, the New i10 scores with the tried and tested feature package of his predecessor: automatic air conditioning, heated steering wheel and front seat warmers, make it an ideal companion for every weather condition and every activity. Up to five people fit into the roomy interior and the segment-leading trunk volume of 252 litres offers generous stowage.


Made in Europe, for Europe – the i10 success story
Since its introduction back in 2008 the i10 has been a major success story for Hyundai Motor with around 670,000 units sold by July 2016. That makes it one of the best-selling cars in this segment in recent years.

The original i10 alone with its unique value for money offer achieved over half a million sales in seven years between 2008 and 2014. When the second-generation i10 was introduced in late 2013 the model truly became a European car – designed and developed at the Hyundai Motor Europe Technical Center (HMETC) in Rüsselsheim, Germany, and manufactured at Hyundai Assan Otomotive Sanayi (HAOS) in ?zmit, Turkey.

The second-generation i10 with its young, modern design and dynamic drivability has been more than capable of keeping up with its predecessor, with more than 220,000 units sold in only three years. The New i10 debuts live for the first time at the Paris Motor Show 2016.

Have a first look at New i10 in this video: https://www.youtube.com/watch?v=eHwGuH9bvkU

About Hyundai Motor Europe
In 2015, Hyundai Motor achieved registrations of 470,130 vehicles in Europe – an increase of 10.9% compared to 2014 – and replaced 80% of its model line-up to create the youngest car range in Europe. 90% of the vehicles Hyundai sold in the region are models designed, engineered, tested and built in Europe to meet the needs of European customers, served by the company’s extensive European infrastructure. This includes two factories in the Czech Republic and Turkey, which have a combined annual capacity of 500,000 units. Hyundai Motor sells cars in 31 European countries through 2,500 outlets.
Hyundai Motor offers its unique Five Year Unlimited Mileage Warranty package with all new cars sold in the region, providing customers with a five-year warranty with no mileage limit, five years of roadside assistance and five years of vehicle health checks.
More information about Hyundai Motor Europe and its products is available at www.hyundai.news/eu.
Follow Hyundai Motor Europe on Twitter @HyundaiEurope and Instagram @HyundaiEurope 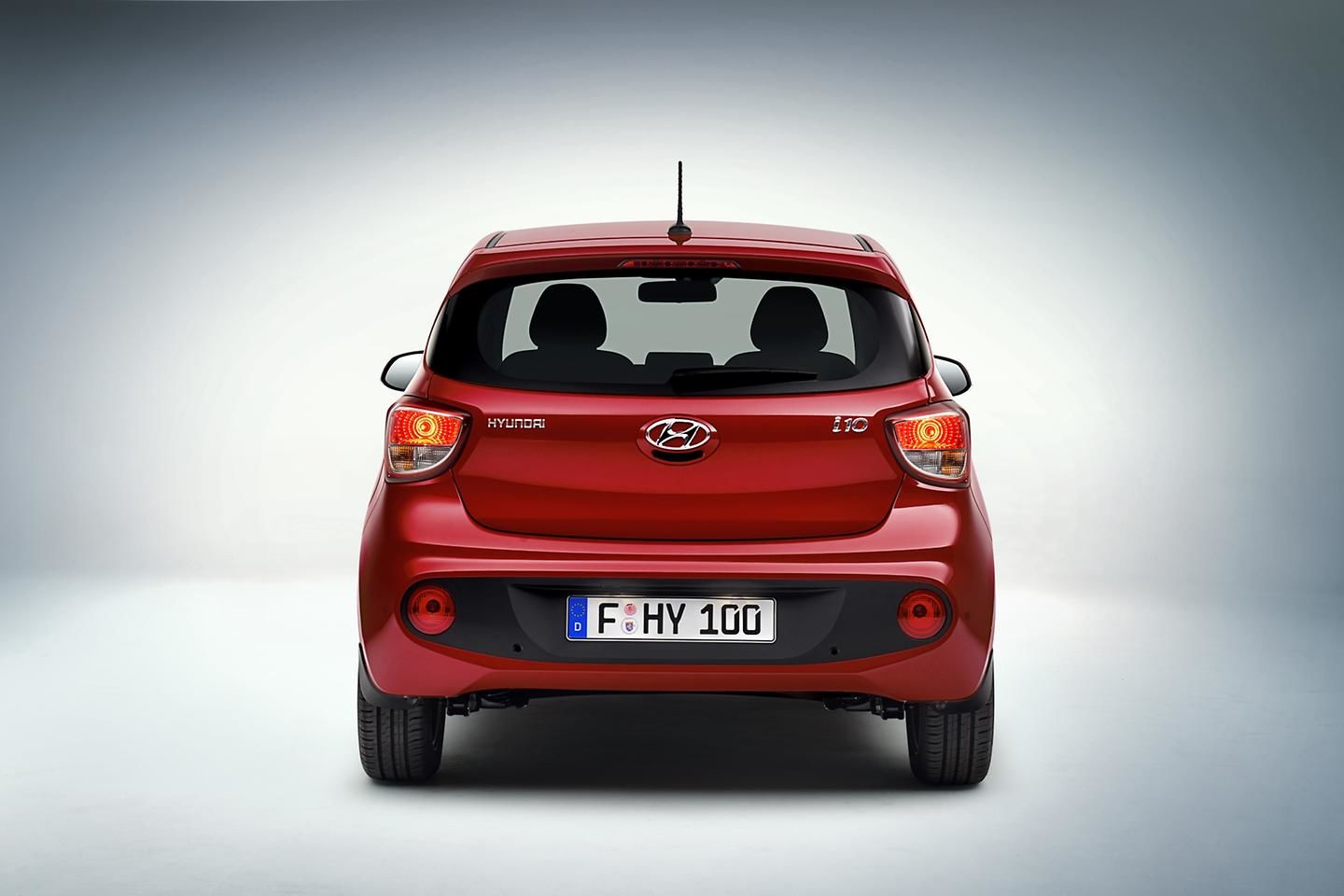 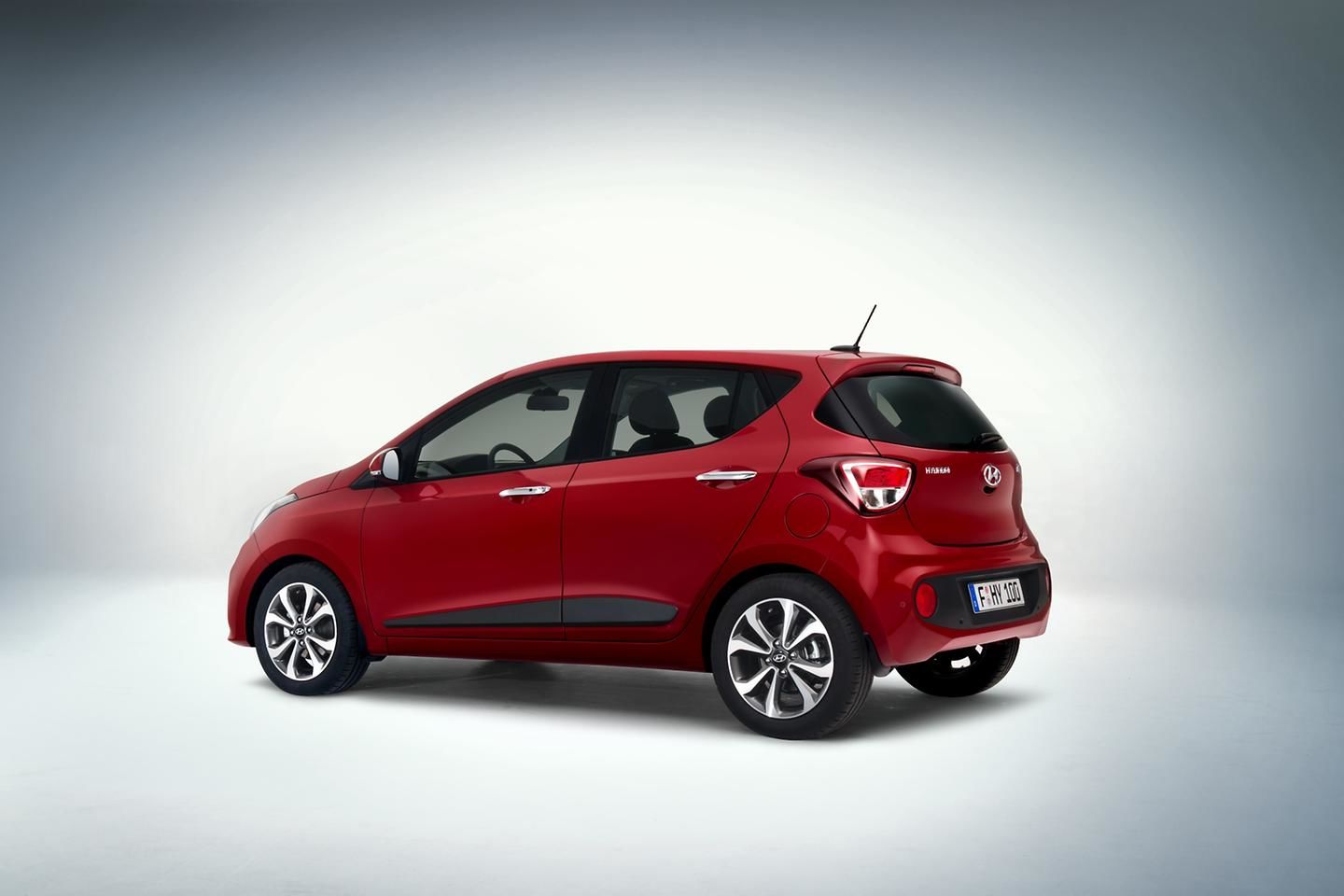