- iOS* smartphone/tablet users worldwide can participate free, from Nov. 19 to 25
- Grand prize includes free trip to Hyundai’s main facilities and auto show in Detroit
- Hyundai expanding marketing channels to raise brand awareness at all levels
Nov. 12, 2012 - Hyundai Motor Company, the fastest-growing automotive company by brand, today announced that it will host a global game competition this month in one of the most popular mobile racing games, Asphalt 7: Heat, as part of its efforts to expand and diversify its marketing channels to raise brand awareness.

Any iOS smartphone/tablet user can download Gameloft®’s Asphalt 7: Heat from the Apple® App Store for free and participate in the ‘Hyundai Asphalt 7 Contest,’ which takes place for seven days from Nov. 19 to 25. Contestants from all over the world will be racing in Hyundai’s Veloster Turbo on a chosen track, while their scores will be automatically transmitted to a server and recorded in order to accurately verify the winner. Previous players can simply update their app to participate.

“We hope this mobile racing game contest will give countless people from all over the world, as well as Hyundai’s current customers, an opportunity to experience the Hyundai brand on a new platform,” said Wonhong Cho, Chief Marketing Officer at Hyundai Motor.
“We will continue to offer our `Modern Premium’ values to customers through innovative marketing activities, to provide experiences above and beyond expectations.”

Gameloft®, a leading global publisher of digital and social games, released the lastest installment to its famed Asphalt series in June. Known for its dynamic gameplay and high-quality graphics, the Asphalt series has been downloaded more than 50 million times since its launch in 2004. In August, Hyundai added its stylish and fun-to-drive models Veloster Turbo and Genesis Coupe to Asphalt’s lineup of about 60 high-performance cars from the world’s premium automakers. Hyundai’s models have been gaining steady popularity during the past three months.

Winners of the contest will be announced in December, while the Grand Prize will consist of a free trip to Hyundai Motor’s key facilities in Korea, as well as to the North American International Auto Show in Detroit, U.S., in Jan. 2013.

* iOS is a mobile operating system developed and distributed by Apple Inc. 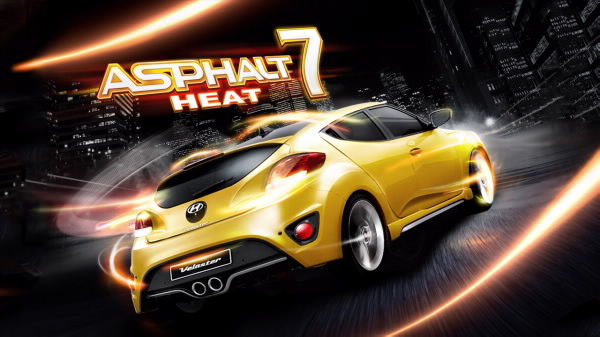