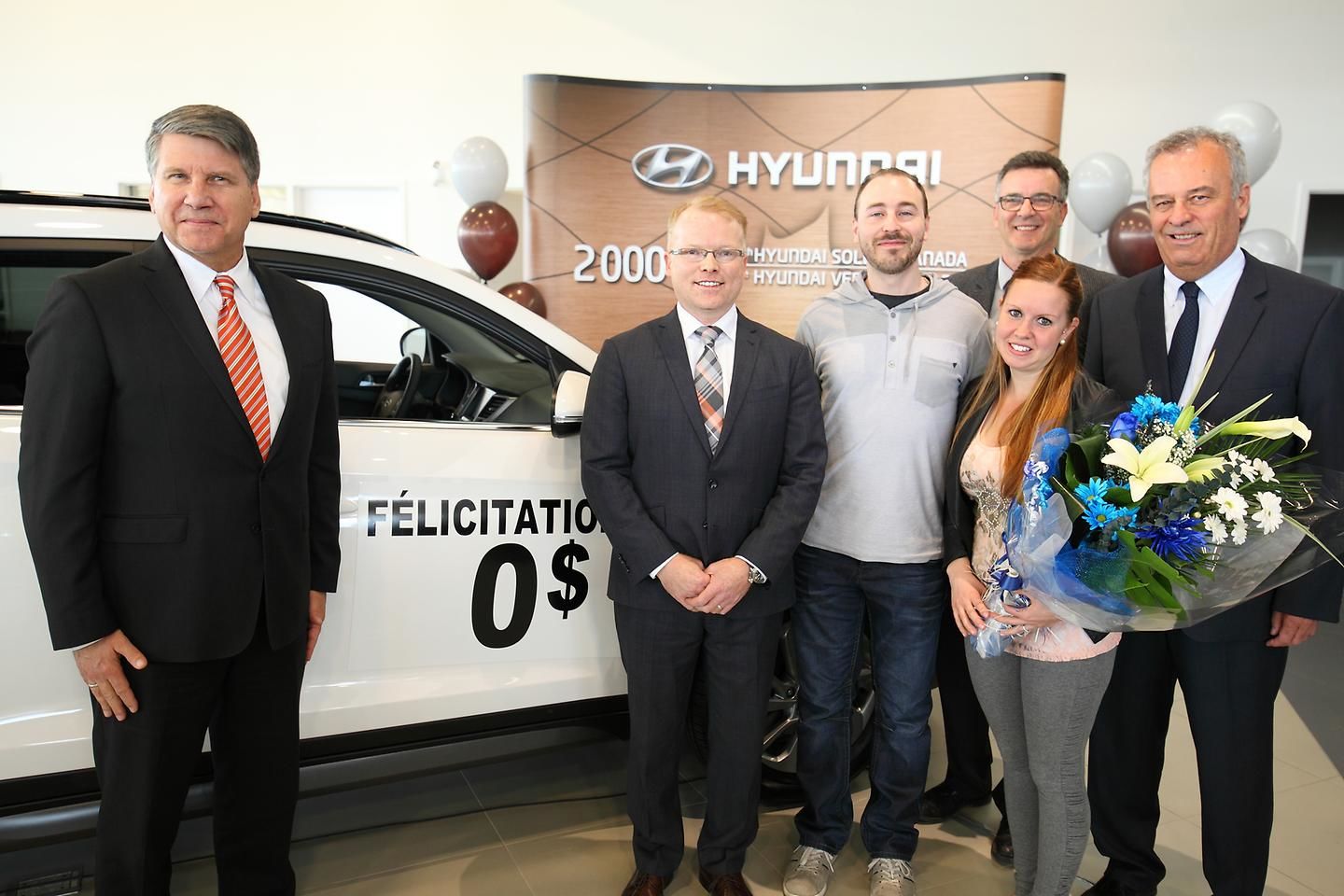 Hyundai Canada Hits 2 Million Cumulative Sales Milestone
• Company took 24 years and 3 months to hit one million sales, but only 8 years and 1 month to hit two million
• Top three highest volume Hyundai vehicles of all time are: Elantra compact car, Accent subcompact car, and Santa Fe compact SUV
May 6, 2016 - Hyundai Auto Canada Corp. announced that it has achieved a significant milestone of 2 million units in cumulative sales since the company arrived in Canada in 1983. This announcement comes just one month after Hyundai Motor sold its 500,000 Elantra compact car in Canada and nearly coincides with a global milestone.
“Cumulative sales of two million units is an achievement only a handful of automotive brands have been able to reach,” said Don Romano, President and CEO of Hyundai Auto Canada. “Hyundai Motor vehicles have developed a solid reputation for quality, design, efficiency, and performance, which has powered us to this significant point. As proud as we are of this milestone, the future looks even brighter for Hyundai Motor with a host of new, industry-leading products that will continue our tradition of challenging the competition with new thinking.”
The remarkable growth of Hyundai Motor vehicle sales in Canada has been well documented, but the pace of growth is vividly shown in the amount of time between sales milestones. It took 24 years and 3 months for the one millionth Hyundai Motor vehicle to be sold, but exactly a third of that – 8 years and 1 month – for the company to hit two million.
Today, Hyundai Motor is one of the country’s highest volume automotive brands thanks to a wide product line-up of cars, SUVs, and luxury vehicles. This is exhibited by the fact that the company sold 461,778 passenger cars in 2011 to 2015 - more than any other single brand in Canada - and both the Tucson and Santa Fe Sport compact SUVs are in the country’s top-15 list of best-selling light trucks. Further, Hyundai Motor will launch its first vehicle under its new luxury brand GENESIS in the second half of 2016.
The launch of the new GENESIS brand is part of a series of developments underway at Hyundai Auto Canada to elevate the brand and redefine the customer shopping and ownership experience.
In addition, the company is making significant strides in developing an eco-friendly model line-up. In 2015, Hyundai Motor was the first to begin delivering the zero-emissions, hydrogen-powered Tucson Fuel Cell Electric Vehicle to real-world customers in British Columbia and Ontario. Later this year in Canada, Hyundai Motor will be releasing IONIQ, the world’s first platform with three alternative powertrains: hybrid, plug-in hybrid, and battery electric.
-Ends-

2011 Best Year Ever For Hyundai Canada