The Hyundai Elantra 1.8 GLS has won the Car of the Year prize for 2012 in the prestigious annual competition of the South African Guild of Motoring Journalists and WesBank.

The elegant Elantra – Hyundai’s medium luxury sedan with its exciting and eye-catching “fluidic sculpture” styling and with driving dynamics to match – was announced as the winner at the SAGMJ and WesBank’s Car of the Year banquet at Gallagher Estate in Midrand.

It is the first time that a Korean car has been awarded the South African Car of the Year prize, and it follows two years where Hyundai Automotive SA had been knocking hard at the door. In the 2011 competition Hyundai had two finalists – the ix35 and Sonata – and the i20 was a finalist in the 2010 Car of the Year competition.

“We are extremely proud of the recognition that a world-class product such as the Hyundai Elantra has received from the South African Guild of Motoring Journalists,” said Alan Ross, managing director of Hyundai Automotive South Africa, after receiving the Car of the Year trophy.

“This award, and the fact that we had no less than two finalists in the previous competition, is confirmation of the giant strides that the Hyundai brand has made locally and globally. It is also recognition of the quality and emotional appeal that the Hyundai products have developed as part of the brand’s ‘Modern Premium’ strategy.”

Since its South African launch in August 2011, the new Elantra has set the cat among the pigeons in its market segment. It quickly became a leader in its segment and gained recognition as the sedan that is more than well equipped to elevate the Hyundai brand to the Next Level: To compete as a modern premium vehicle that offers luxury, quality and an exciting motoring package at an accessible price.

‘Wind Craft’ design language
With its marriage of advanced technology and daring, harmonious styling, the fifth-generation Elantra has the distinctive family-look of Hyundai’s “fluidic sculpture” design language that has unified the company’s recent product line-up.

The swept-back, elongated headlamps itself is a work of art with outstanding projecting capacity and a high-tech exterior design. The low roofline and stylish, sleek curves not only project a sporty and dynamic style, but also improves aerodynamics and lowers air resistance to contribute to the Elantra’s outstanding fuel economy and quiet cabin space.

Having its roots in Hyundai’s Fluidic Sculpture design philosophy that aims to reflect sophistication and dynamic lines into the shape of vehicles, Hyundai applied a specific design concept called “Wind Craft” to the new Elantra, evoking a piece of sculpture literally crafted from by wind.

By lowering the roofline, creating muscular wheel arches and adding sharply creased character lines that flow from the A-pillar along the hood and into the front bumper, Hyundai Motor Company’s Elantra design team gave the compact sedan a powerful and assertive stance. With its lower roofline and low rear deck lid, the new Elantra produces a slicker and sportier profile with a very low drag coefficient  – reducing wind resistance and improving fuel economy.

Refined, quality interior
The refined look of the Elantra continues inside. In particular, the silver garnish that starts from the crash pad and leads to the console features a windblown shape that exudes an overall refined and dynamic image. High-gloss black and metallic colours used in the cabin add a futuristic, high-tech look to the quality interior of the new Elantra.

The quality of design and materials, the refined fit and finish and the ergonomically correct appointments in the Elantra’s interior exceed expectations in the compact segment. It is a well-designed cabin with an air of inviting comfort.

The instrument cluster uses the latest display technology that is gentler on the eyes, more reliable and more accurate, while the centre fascia boasts an attractive 3D design and high-tech image thanks to premium high-gloss materials for a true touch of luxury.

Packaging and space
Although the Elantra’s dimensions are compact, the car feels a lot bigger. It is a masterpiece in the art of “packaging” to maximize space. The Elantra’s overall length of 4,505 m is longer than the main competitors in its segment, and by increasing the wheel base and moving the front cowl forward, a remarkably roomy and efficient interior was created that can accommodate up to five adults.
The cabin offers multiple storage areas with an overall capacity of 16,9 litres, and an impressive luggage compartment of 420 litres – enough to fit up to three full-size golf bags. Folding the rear seatbacks down can extend luggage space.

Audio system
Crystal clear sound is delivered by the audio system through 4 speakers and 2 tweeters. Apart from the radio and CD player, ports are supplied to source music from a USB memory stick, a MP3 player or an iPod or iPhone, with full integration with the Apple products thanks to the iPod-connector cable that comes as standard equipment.

Buttons on the steering wheel puts cruise control and audio and trip computer control a fingertip away. These are not only convenience features, but also a safety aid for the driver to help him concentrate on the road.

Parking with the Elantra is made easier due to three warning sensors in the rear bumper – also a standard feature on the long specification list which includes a rain sensor that adapts its speed according to that of the car.

Suspension and steering components are anchored to an extremely rigid chassis that permits more precise tuning of final ride and handling settings. MacPherson struts are used for the front suspension, and at the rear a coupled torsion beam axle that delivers a smooth, comfortable ride and excellent stability.

Part of the ride quality offered by the Elantra is due to careful attention to reduction of noise, vibration and harshness, inter alia injecting sound deadening material into key body cavities to stop sound waves from propagating.

Made of lightweight aluminum and incorporating new technology such as Continuously Variable Valve Timing, the Elantra’s 4-cylinder engine reduces fuel consumption to an impressive, officially measured 6,5 litres per 100 km, and CO2 emissions to a class-leading 155 g/km.

Flush underbody surfaces and aerodynamic styling has delivered an exemplary drag coefficient of only 0,28 that improves fuel economy.

Safety
Hyundai aims at a leading safety score for the Elantra, not only through passive safety, but also with driver assistance when the car is in motion.

An Electronic Stability Programme (ESP) is standard equipment in the Elantra to take care of active safety. Sensors measure vehicle speed and body yaw and feed the data into a microprocessor that brakes wheels individually to help the driver maintain control under sudden braking and in sharp turns.

With a 5 year or 150 000 km warranty, a 5 year or 90 000 km service plan and roadside assistance for
5 years or 150 000 km to round off the package, the Hyundai Elantra offers exceptional value. It is a truly modern premium sedan at an accessible price. 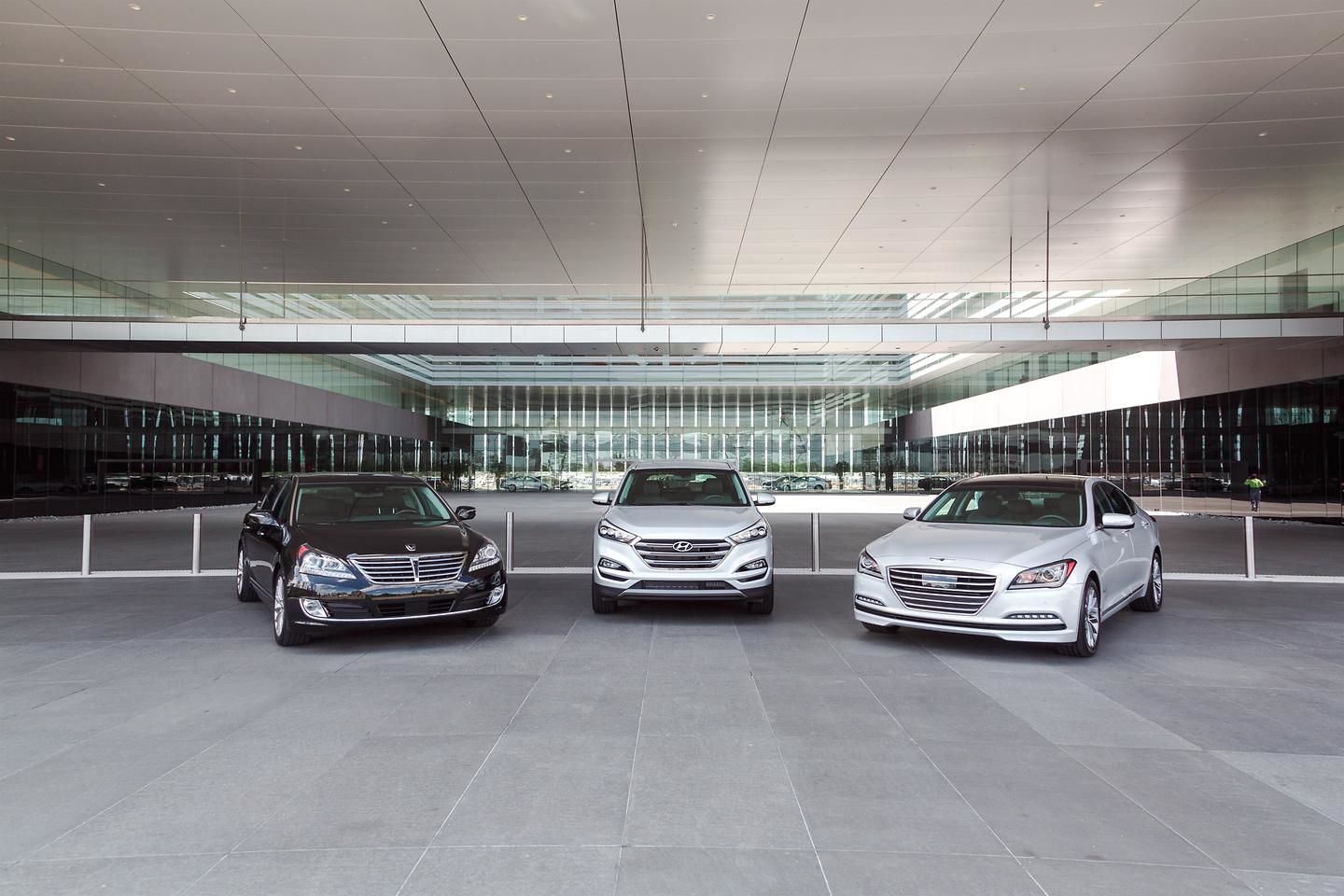 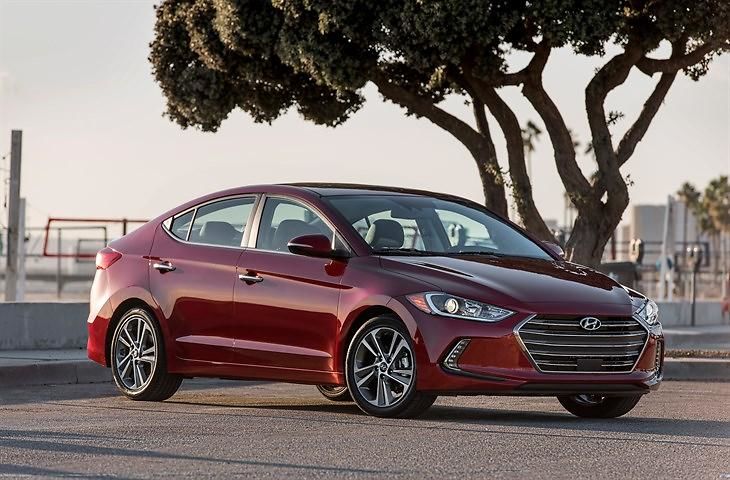