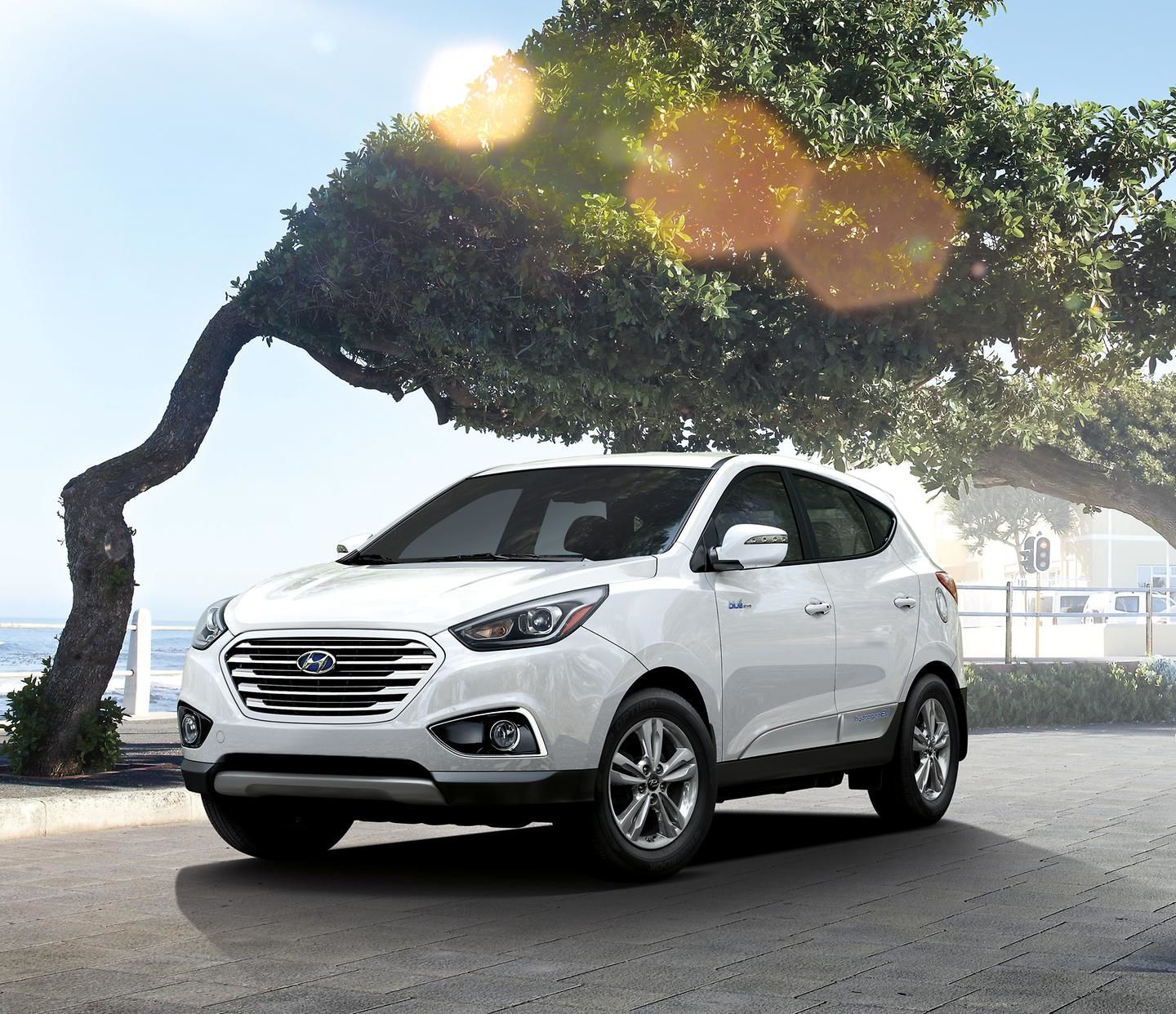 
First Customer to Lease the World’s Only Mass-Produced Fuel Cell Vehicle For $499 per month comes from Huntington Beach, California

“My family is certainly excited to be doing their part in driving a zero-emission vehicle that benefits the environment, and at the same time, reduces our nation’s dependence on imported fuels,” said Mr. Bush. “What’s great about the Tucson CUV is that its day-to-day utility is virtually identical to the gasoline version, so we don’t have to compromise our lifestyle in the process; I can easily fit all of our family’s things in the back. The attractive $499 lease rate with unlimited free hydrogen fuel made the decision to drive a fuel cell even easier.”

Now, all Tucson Fuel Cell lessees can drive Hyundai’s next-generation Tucson Fuel Cell for just $499 per month, including unlimited free hydrogen refueling and At Your Service Valet Maintenance at no extra cost. For the first time, retail consumers can put a mass-produced, federally-certified hydrogen fuel cell vehicle in their driveways, with availability at three select southern California Hyundai dealers: Win Hyundai in Carson, Tustin Hyundai, and Hardin Hyundai in Anaheim.

“Hydrogen-powered fuel cell vehicles represent the next generation of zero-emission vehicle technology, and we’re thrilled to be a leader in offering the mass-produced Tucson Fuel Cell to our first retail customer,” said Dave Zuchowski, president and chief executive officer, Hyundai Motor America. “The range and refueling speed of our new Tucson Fuel Cell compares favorably with gasoline vehicles, making them a seamless transition for our customers from traditional gasoline vehicles. We’re sure that fuel cell technology will increase the adoption of zero-emission vehicles, and that everyone will benefit. The commitment of the State of California and their support in creating a hydrogen fueling infrastructure has been an important part of our decision to offer this fuel cell vehicle to the public.”

The Hyundai Tucson Fuel Cell has also received strong support from government agencies, such as the California Air Resources Board. “Californians are known for our support of smart innovations, and the Bush family’s decision to become the first Americans to drive the Hyundai Tucson Fuel Cell vehicle as their family car fits squarely within that proud tradition,” said Air Resources Board chairman Mary D. Nichols. “These ultra-clean vehicles play a critical role in our efforts to clean the air and meet our climate goals. Fuel cell cars are not vehicles of the future – they’re here now, and we applaud Hyundai for bringing them first to market in California where they are most needed.”

The Hyundai Tucson Fuel Cell will initially be offered to customers in the Los Angeles/Orange County region for a 36-month term at $499 per month, with $2,999 down. This includes the addition of a remarkable benefit – unlimited free hydrogen refueling. Consumers have already shown strong interest in the Tucson Fuel Cell leasing opportunity by visiting the Tucson Fuel Cell microsite at hyundaiusa.com/tucsonfuelcell.

“When we spoke with customers about fuel cell vehicles, many wondered about the cost of hydrogen,” explained Zuchowski. “To ease those concerns as the hydrogen refueling network builds out, we decided that covering this cost for these early adopters was appropriate, and consistent with how we like to treat our customers.”

In addition, Tucson Fuel Cell owners will enjoy similar services enjoyed by Hyundai Equus owners, such as At Your Service Valet Maintenance at no extra cost. As Equus owners have enjoyed since its introduction in 2010, should a Tucson Fuel Cell require any service, a Hyundai dealer will pick up the vehicle and provide a loan vehicle, then return the car after service to their home or business, at no charge.

Customers interested in the Tucson Fuel Cell can indicate their interest (the first step in the ordering process) by visiting Hyundai.com. Availability of the Tucson Fuel Cell will expand to other regions consistent with the accelerating deployment of hydrogen refueling stations.

The Tucson Fuel Cell represents the next generation of electric vehicles – those that create their own electricity, on-board, from hydrogen. According to the University of California, Irvine Advanced Power and Energy Program’s 2013 study, the hydrogen fuel cell provides comparable total well-to-wheel emissions to a battery electric vehicle. For the Tucson Fuel Cell driver, this social benefit is achieved with greater utility, versatility and without compromises. Consider:

The benefits of hydrogen are well known - required supplies for the U.S. market can be produced domestically and its supply is virtually unlimited. It can be produced by varied means - including renewable sources such as biogas. Hydrogen can even be sourced directly from water, using electrolysis to split hydrogen molecules with electricity from renewable energy sources such as wind and solar.

Further supporting hydrogen infrastructure development, California approved a plan in October 2013 to develop up to 100 hydrogen refueling stations in the state over the next several years. This recent California initiative dovetails with increased government support of hydrogen infrastructure development at the federal level, such as H2USA. In addition, the California Energy Commission recently announced proposed awarding of $44.5 million for the development of 28 new hydrogen stations (plus one mobile refueler), bringing the total number of hydrogen fueling stations (open, in-development, and proposed) to over 50 stations.

FUEL CELL TECHNOLOGY: HOW IT WORKS

Hyundai’s fuel cell effectively replaces the battery pack used in an electric vehicle by generating electricity from hydrogen through an electrochemical process that does not involve hydrogen combustion, with no moving parts within the fuel cell stack. 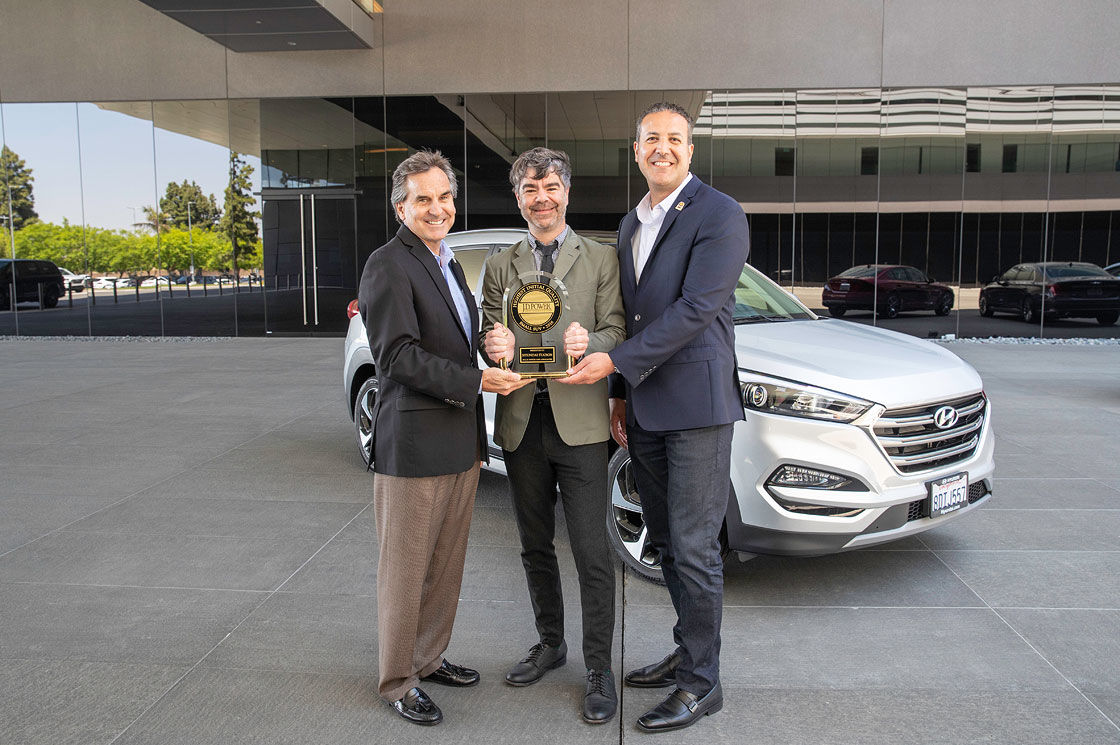 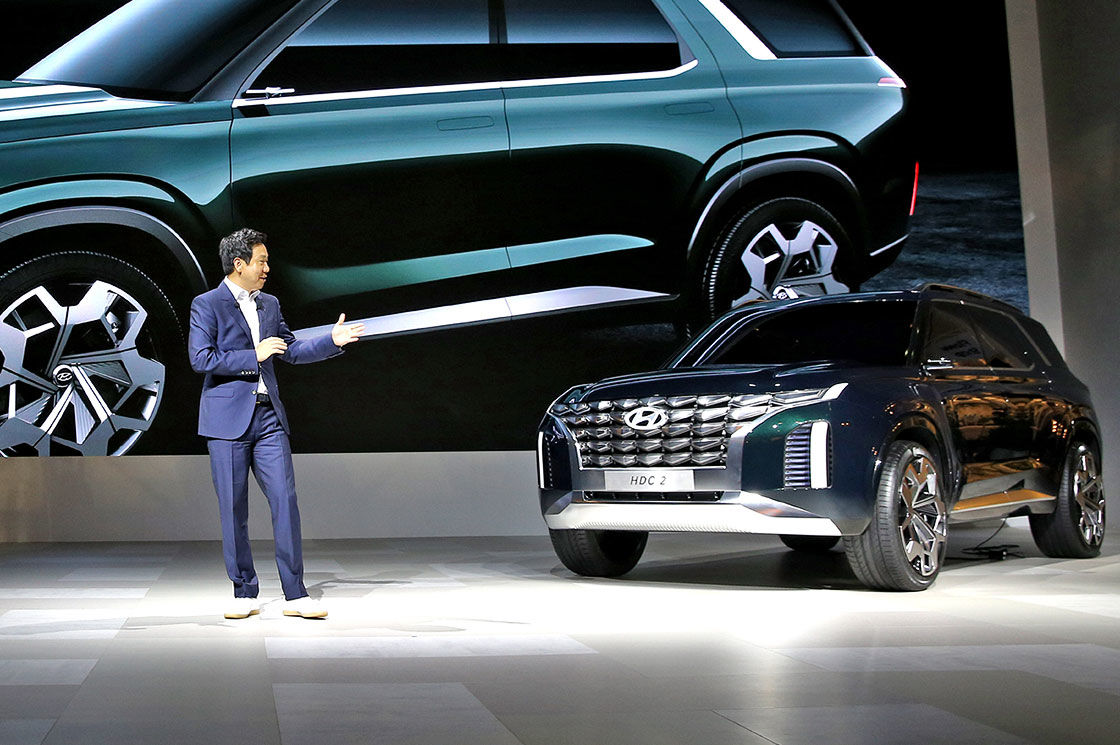 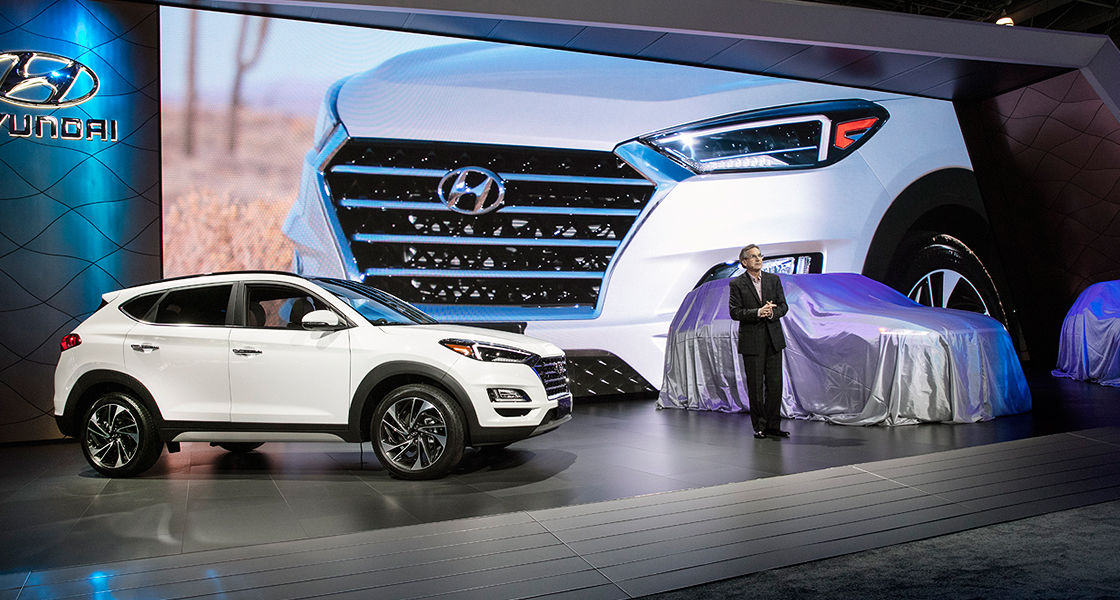