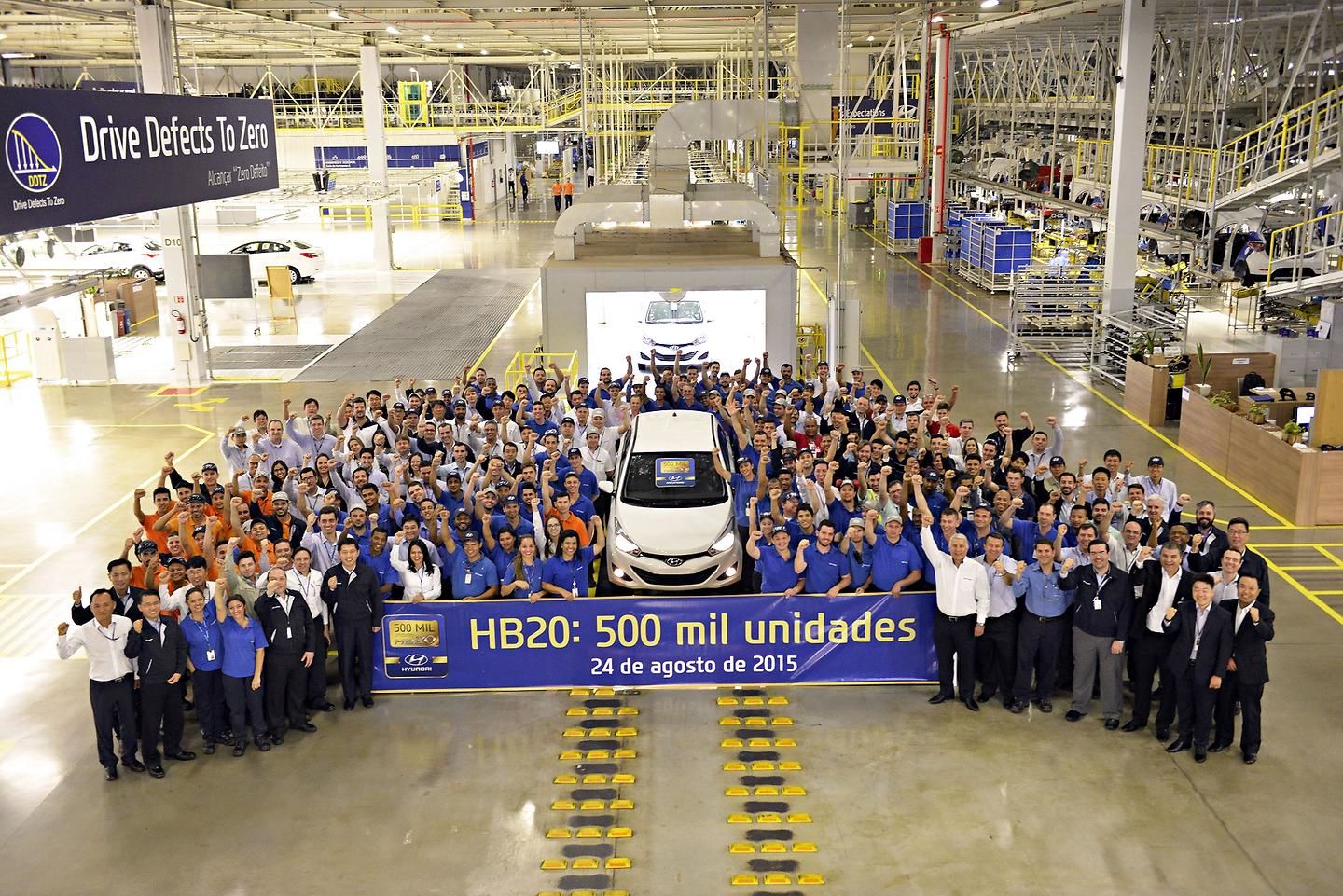 August 26, 2015 – Hyundai Motor Brazil celebrated accumulated production of 500,000 units of its HB20. Developed exclusively for the Brazilian market, the model went into production at its plant in Piracicaba, São Paulo, on September 20, 2012.
“This achievement has a more significant meaning than just the volume itself or the time it took us to achieve it. Rather, it is a concrete proof of the excellent acceptance of the Hyundai HB20 by the Brazilian consumers", said William Lee, President of Hyundai Motor Brazil.
The vehicle has received numerous awards in the country, from the most recent Right Buy 2015 award by Car and Driver, to Best Cars, and Which Car to Buy awards just a year ago to name a few. In line with such recognition, it is by far one of the most popular cars among the customers in the country, having become one of the best-sellers since its launch.
Commemorating this landmark achievement with its customers, Hyundai Motor is conducting numerous promotional activities beneficial to the customers. Also, it is executing diverse marketing campaigns, one of which being sponsorship of the Christ the Redeemer – whereby it is providing wireless internet access free of charge for the first time ever, to the three million people that visit this iconic statue in Brazil for the next two years.

About Hyundai Motor Brasil
Hyundai Motor Brasil is present in the country since 2012, when it opened its plant in Piracicaba (SP), with an investment of US$ 700 million and a production capacity up to 180,000 cars per year. The unit, which has now 2,700 employees, is responsible for manufacturing and marketing of HB20 family, specially developed for the Brazilian consumer. The line-up is currently composed by HB20, HB20S and HB20X models.
To learn more about Hyundai Motor Brazil, visit: www.hyundai.com/br.
Or follow the day to day of the brand on social networks at: www.facebook.com/hyundaibr.
About Hyundai Motor
Established in 1967, Hyundai Motor Company is committed to becoming a lifetime partner in automobiles and beyond. The company, which leads the Hyundai Motor Group, an innovative business structure capable of circulating resources from molten iron to finished cars, offers top-quality best-sellers such as Elantra, Sonata and Genesis. Hyundai Motor has eight manufacturing bases and seven design & technical centers worldwide and in 2014, sold 4.96 million vehicles globally. With almost 100,000 employees worldwide, Hyundai Motor continues to enhance its product line-up with localized models and strives to strengthen its leadership in clean technology, starting with the world’s first mass-produced hydrogen-powered vehicle, ix35 Fuel Cell.
More information about Hyundai Motor and its products can be found at:
http://worldwide.hyundai.com or http://www.hyundaiglobalnews.com