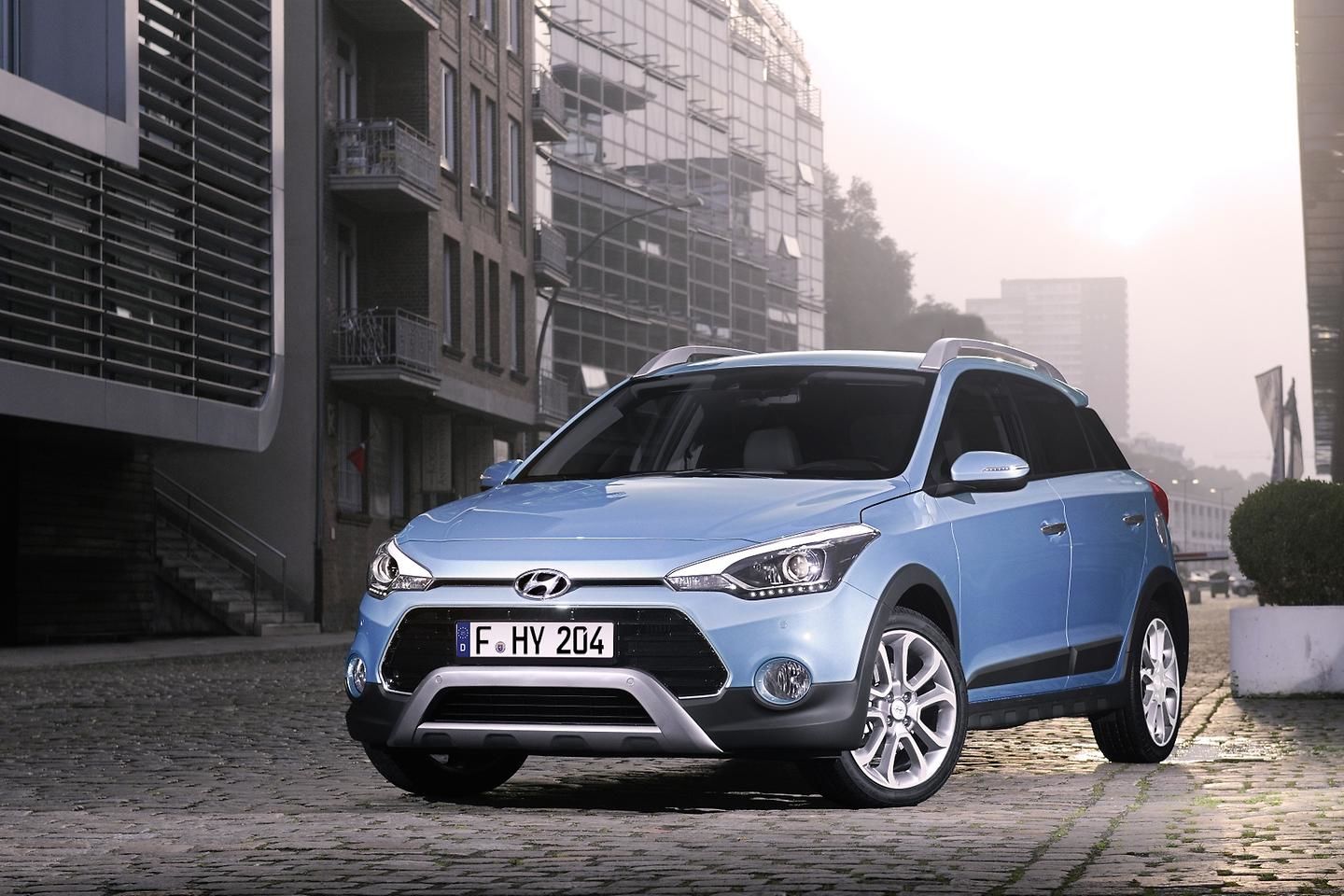 September 2, 2015 - At the Frankfurt International Motor Show 2015 Hyundai Motor is showcasing the passion of its brand, with new models, visionary concept cars and innovative technologies. The New i20 Active and New Santa Fe both premiere on the Hyundai stand, joining the company’s youngest-ever line-up in Europe, with all models being less than two years old. The Android Auto smartphone mirroring technology debuts in the New i40, placing Hyundai among the first in Europe to offer this feature.

The company’s passion for design is presented in the Vision G coupe concept car, making its motor show debut, offering a glimpse on Hyundai’s design evolution and future premium products. Passion for performance is envisioned through the new Hyundai N sub-brand and exciting concept cars such as N 2025 Vision Gran Turismo.

Hyundai Motor’s full crossover and SUV range new or enhanced in 2015
The new i20 Active and new Santa Fe premiere with an advanced range of new active safety, comfort and convenience features while a new 1.0-litre T-GDI engine is introduced across the i20 engine range.

Thomas A. Schmid, Chief Operating Officer at Hyundai Motor Europe, commented: “With the New i20 Active and New Santa Fe we further broaden our European crossover and SUV family, with all models renewed or replaced this year. These two new models also enhance our youngest-ever line-up in Europe. The first eight months of 2015 were our most successful in Europe ever. And we are preparing the way for further organic growth during 2015 and beyond.”

New i20 Active – a rugged crossover for urban adventure
The rugged New i20 Active will further expand the appeal of the i20 range when it goes on sale in Europe from early 2016, joining the spacious, refined i20 five-door and the sporty, individual i20 Coupe. The compact crossover includes a distinctive design and increased versatility for customers with adventurous lifestyles.

To give the i20 Active a characteristic crossover stance, revised suspension settings increase the car’s ground clearance by 20 mm compared to the five-door, with the seating position also raised to give superior visibility. Its unique rugged crossover features like the skid plates on the front and rear and cladding on the wheel arches set it apart from conventional B-segment models and heighten its appeal for new customers.

For greater efficiency, a new three-cylinder 1.0-litre turbocharged petrol engine will be available with two power outputs across all i20 body types from the end of 2015. The 100 PS version is tuned to maximise fuel economy, while the 120 PS unit has been developed to facilitate more spirited driving without sacrificing efficiency.

New Santa Fe – a refined and innovative SUV package
The New Santa Fe premieres with design enhancements and an advanced range of new active safety, comfort and convenience features. The popular SUV is Hyundai Motor’s longest-running model in Europe and has become one of the brand’s iconic nameplates, having built a reputation for sophistication and premium quality.

Hyundai Motor introduces Android Auto for enhanced connectivity
Hyundai Motor was the world’s first car manufacturer to introduce Android Auto in its US produced Sonata earlier this year. Now Hyundai Motor will be among the first in Europe to include the smartphone-based mirroring software in one of its cars when it is introduced to the New i40 in November 2015.

Android Auto enables users of smartphones with Android technology to connect their devices to the screen of Hyundai’s infotainment unit, to access native and third-party apps focused primarily on music streaming, communication and radio services. Android Auto makes use of smartphone capabilities to give Hyundai drivers new ways to stay connected, while staying focused on the road.

The unique ‘sling-shot’ design and advanced technology features were developed through a collaboration of all Hyundai Design Centres around the world. New features such as a sweeping touch screen display with a curved screen add sophistication to the calm, high-quality interior.

Press information, photos and videos for all of Hyundai Motor’s news topics are accessible at the new Hyundai Motor Europe Newsroom at http://www.hyundai.news.