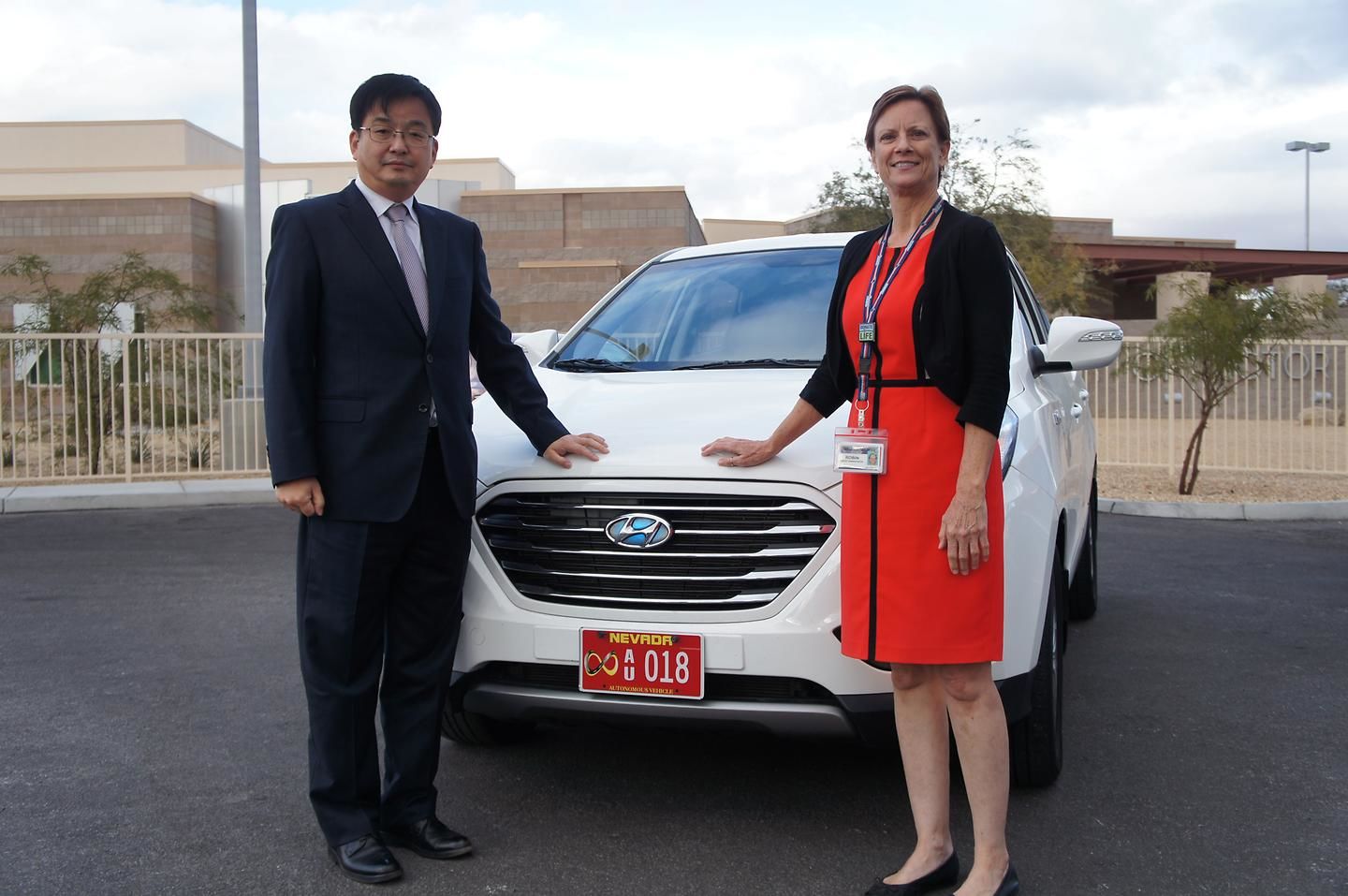 
December 14, 2015 – Hyundai Motor has begun the first tests of a fully-autonomous Fuel Cell Electric Vehicle (FCEV) on public roads in the US having been granted a license by the US state of Nevada.

Hyundai Motor plans to evaluate partially and fully autonomous driving technologies in Nevada, monitoring the car’s performance in real-world conditions, an important part of its roadmap for autonomous driving.

Tae-Won Lim, Vice President, Central Advanced Research and Engineering Institute of Hyundai Motor Group, commented, “A great deal of research and rigorous product testing will need to be undertaken in order to make the ‘self-driving car’ a reality. Thanks to this license we will be able to accelerate the testing of our latest autonomous technologies. We are confident that our latest innovations, both for partially- and fully-autonomous driving, will ultimately make driving safer for all road users.”

Having been granted a licence by the Nevada authorities, two Tucson (ix35) Fuel Cell will conduct a detailed test program on public roads.

3.    Emergency Stop System
- Autonomously directs the car to the side of the road in case of emergency

The testing program to date has evaluated the car’s interaction with traffic signals and signs, pedestrians, cyclists, street furniture and hazards. In addition, the extensive testing has been carried out in all weather conditions to ensure the public road tests are safe at all times.

More information about Hyundai Motor and its products can be found at:
http://worldwide.hyundai.comor www.hyundaiglobalnews.com