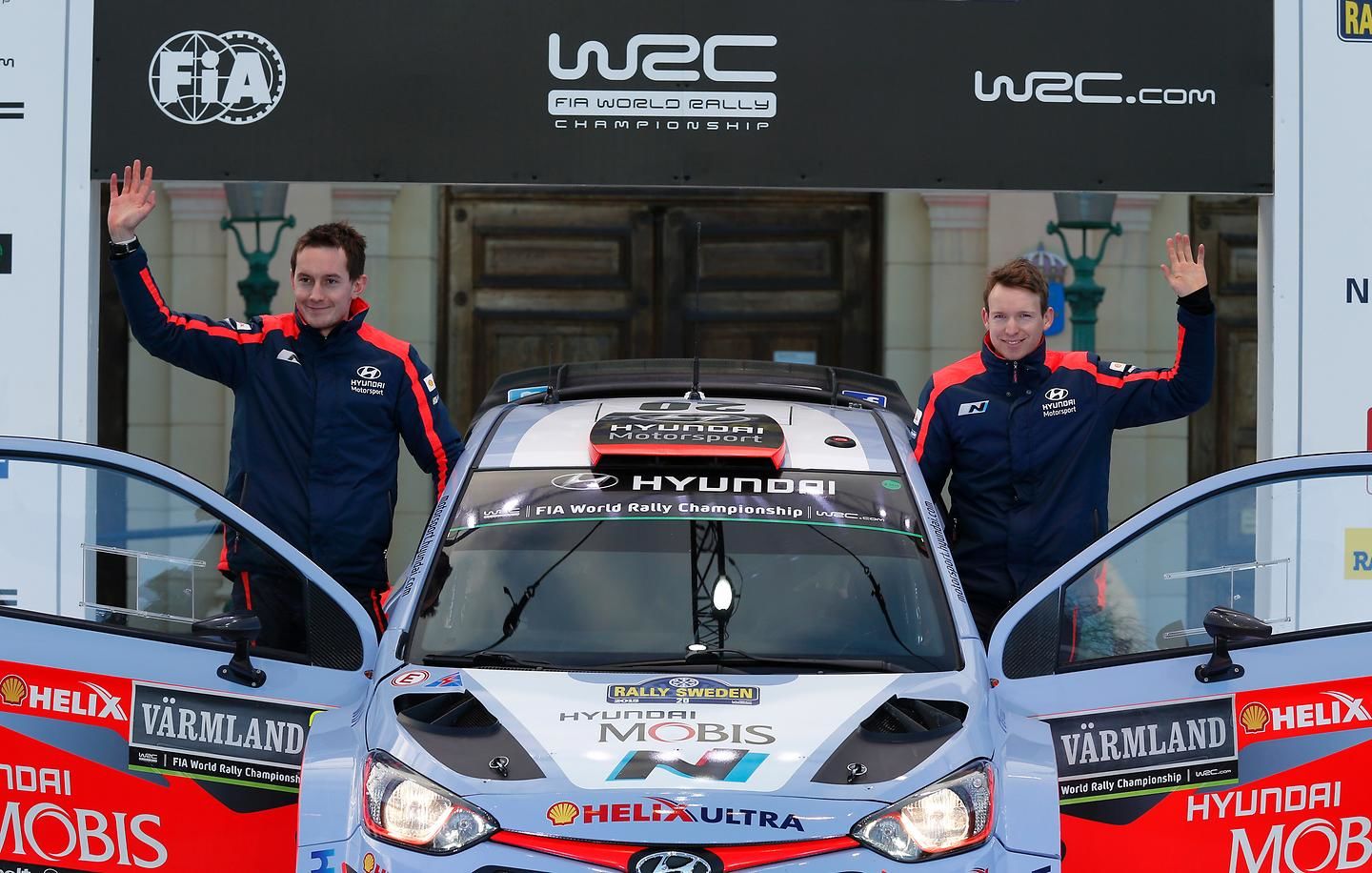 •  Hyundai Motorsport will run a fourth Hyundai i20 WRC car in four events in 2015 – the rallies of Poland, Germany, France and Great Britain
•  The fourth car will be driven by Dutchman Kevin Abbring and his British co-driver Sebastian Marshall, the team’s official test crew
•  Running under Hyundai Mobis World Rally Team, the opportunity will give Abbring valuable experience and emphasise the team’s commitment to nurturing young WRC talent.

The team’s test driver Kevin Abbring and his co-driver Sebastian Marshall will take to the wheel of the #10 Hyundai i20 WRC in all four events as part of Hyundai Motorsport’s commitment to supporting rising talent in the competitive WRC environment.

The duo previously competed at Rally Sweden back in February stepping into the #20 Hyundai i20 WRC for Hayden Paddon who, in turn, was substituting for an injured Dani Sordo in the #8 car. Abbring will now line up alongside Sordo, Paddon and Thierry Neuville, at Rally Poland at the end of June for the first of four contracted events in 2015.

Abbring had a highly promising debut at Rally Sweden, finishing 11th overall after a valuable learning weekend in tough conditions. He picked up a manufacturer point for the Hyundai Motorsport N entry, and will be keen for more in his next four events, in which he has previous experience.

He secured his first Junior World Rally Championship (JWRC) win in Poland in 2009, becoming the youngest ever JWRC round winner in the process. He has taken part in three previous Rallye Deutschland events, including his first ever WRC round in 2007 in a 4x4 Group N car. Corsica will make a welcome return to the WRC this year, an event that Abbring contested as part of the European Rally Championship (ERC) in 2014, finishing third overall and top R5 car.  In GB, he took category win in 2011 in his first attempt at the rally and also took part the following year.  These credentials will undoubtedly provide solid foundations for the young Dutchman.

Hyundai Motorsport Team Principal, Michel Nandan commented: “We are pleased to confirm Kevin’s participation in four WRC events – Poland, Germany, France and GB - in the remaining part of this season. Along with Sebastian, he did a good job in Sweden stepping into the car, with a very professional approach and enthusiastic attitude. These four events will offer Kevin the chance to gain more experience as a WRC driver and to further enhance our aims at nurturing young driving talent in the WRC. We want to give Kevin the chance to compete at the highest level and to grow his skills against the most competitive drivers in WRC.”

Kevin Abbring commented: “I am excited to be returning to WRC and happy to be part of the Hyundai Motorsport’s line-up at four events starting with Poland. From a driver’s point of view, testing is nice to get a rhythm and a feeling for the potential of a car, but there is no substitution for competitive rallying. It feels like a long time since Sweden and I’m looking forward to being back. The experiences of Rally Sweden were useful to get an idea for how the team works during a rally weekend but I’ve been working with the team for a long time now, so it really feels like family. Poland is one of the events where I have some of the best memories, having won there in JWRC in 2009. There is a big passion for motorsport there and an incredible atmosphere, so I am glad to kick off my next four WRC events with Rally Poland.”