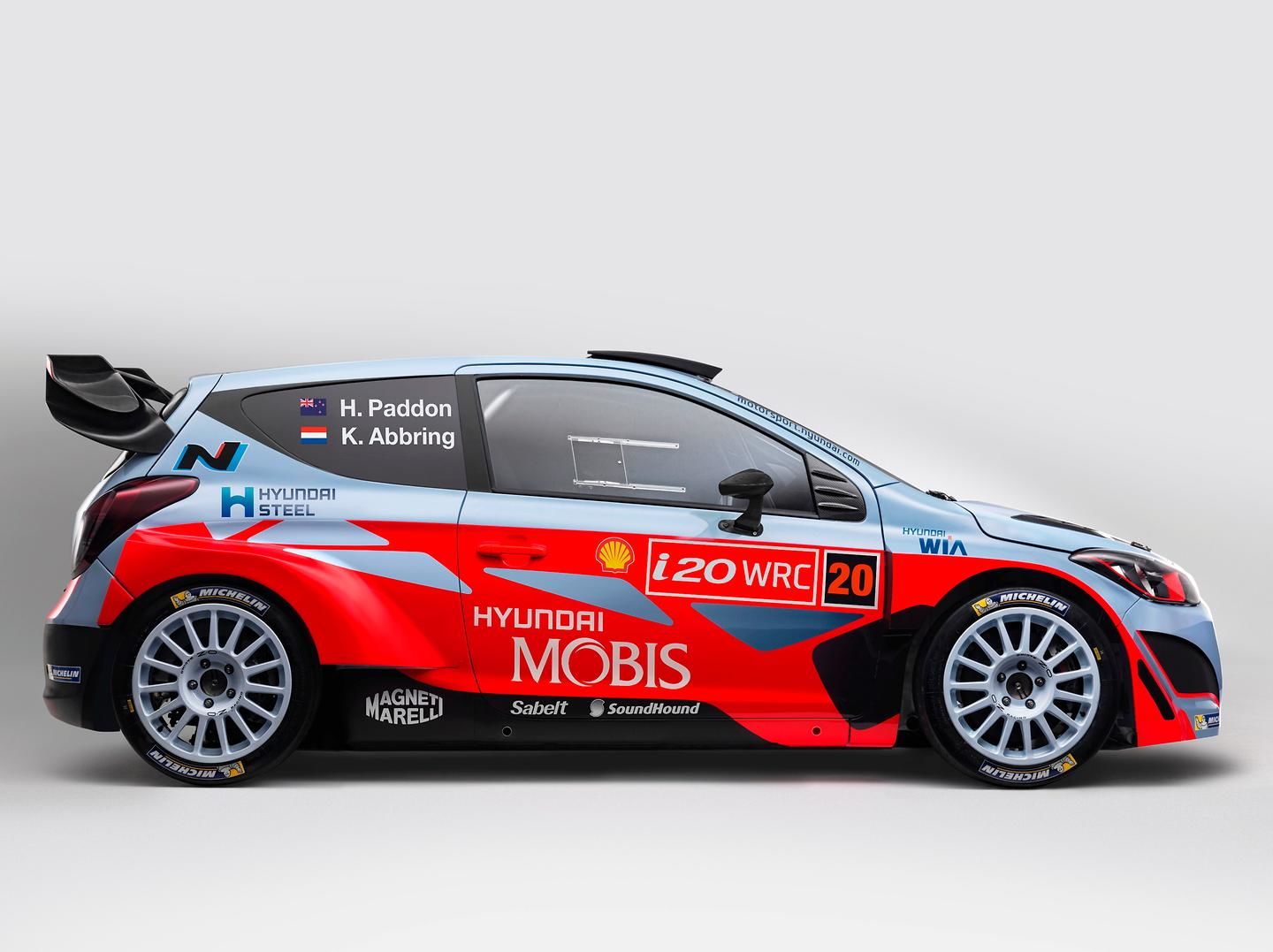 • Hayden Paddon will lead the Hyundai Mobis World Rally Team in the #20 car from Sweden, while Kevin Abbring will take part in at least four events in a fourth Hyundai i20 WRC

Hayden Paddon will take part in his debut in Sweden with the #20 Hyundai i20 WRC, co-driven by compatriot John Kennard, and will lead the Hyundai Mobis World Rally Team at all remaining rounds.

The team’s official Test Driver Kevin Abbring will also take part in at least four WRC rounds for the Hyundai Mobis World Rally Team during 2015 in a fourth car.

Despite rallying with two separate team names in 2015 – as indeed was the case last season – Hyundai Motorsport will manage all cars concurrently from the same multi-purpose operational base in the service park, and with the same skilled team of engineers and mechanics.

Team Principal Michel Nandan said: “We are pleased to name Hyundai Mobis as the primary partner for our second team, the Hyundai Mobis World Rally Team, as we prepare to run three cars from Rally Sweden. The new team will be headed up by Hayden Paddon and will run in parallel to the Hyundai Shell World Rally Team for the rest of the 2015 season. We are also delighted to give our test driver Kevin the chance to take part in some WRC events this year and he will also run under the Hyundai Mobis World Rally Team name. We currently plan for Kevin to take part in four events during 2015 in a fourth car, with a precise schedule still to be defined. While Thierry and Dani will rally for the Hyundai Shell World Rally Team, as they did in Monte-Carlo, the second team will allow some of world rally’s rising stars the chance to showcase their talent on a competitive stage, something we  as a WRC manufacturer take very seriously.”