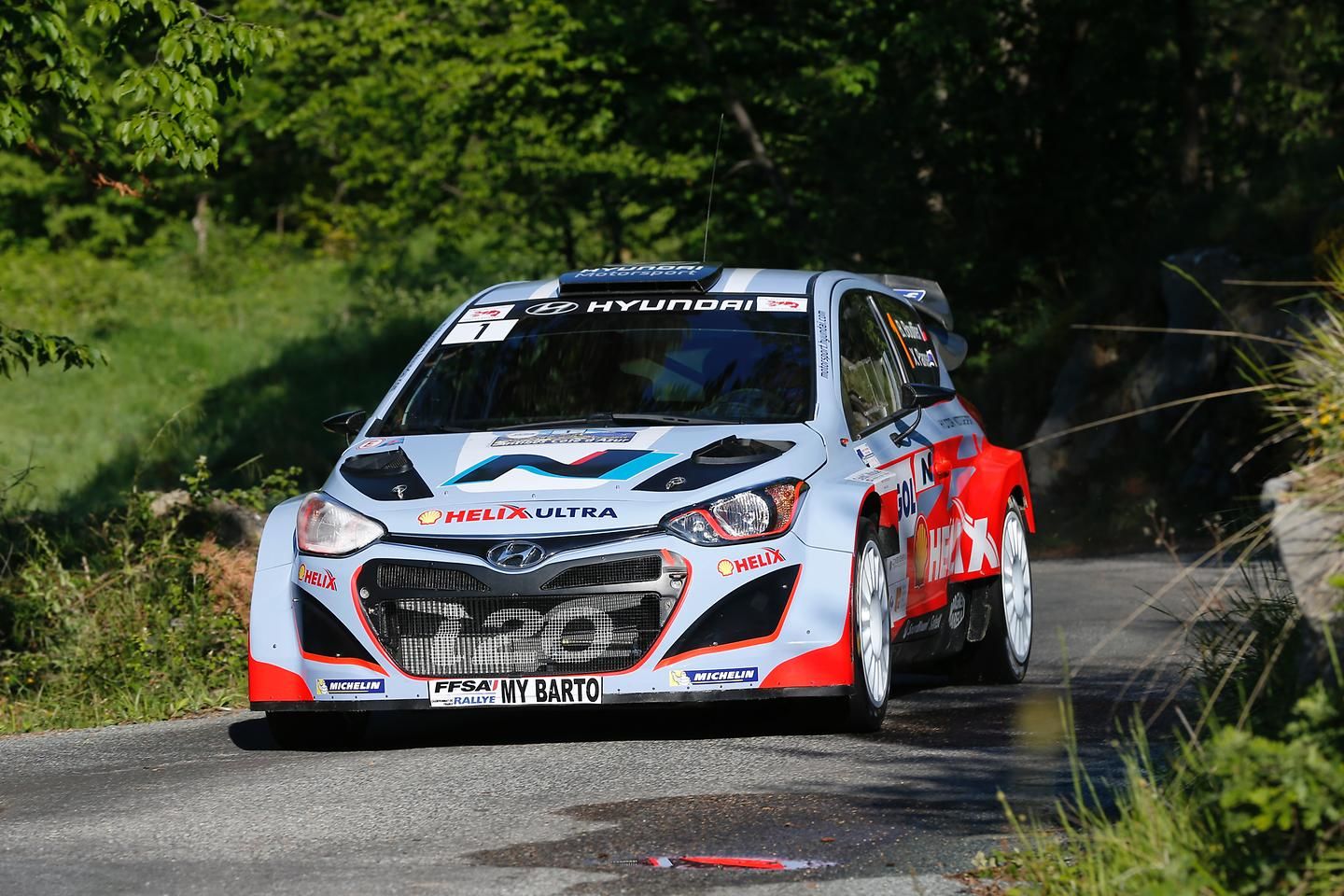 
July 7, 2014 – The Hyundai Shell World Rally Team has announced that Dani Sordo and Bryan Bouffier will join its lead driver Thierry Neuville as part of the team’s line-up for Rallye Deutschland at the end of August.

Neuville will once again spearhead the team’s entry in the #7 Hyundai i20 WRC car, co-driven by Nicolas Gilsoul. Spaniard Dani Sordo will return to the #8 Hyundai i20 WRC alongside his co-driver Marc Martí for his fourth FIA World Rally Championship (WRC) event of 2014 at the asphalt event which he won last season.

Bouffier will join Hyundai Shell World Rally Team for his first WRC event in the Hyundai i20 WRC alongside his co-driver Xavier Panseri. The Frenchman, who has been test driver for the team so far this season, will drive the #20 car in Germany and will compete under the Hyundai Motorsport N banner. He recently claimed the first rally win for the Hyundai i20 WRC, taking victory in Rallye Antibes with the team.

The line-up of Neuville, Sordo and Bouffier will maintain the Hyundai Shell World Rally Team’s three car approach for the third consecutive event as the team continues to develop its car in its maiden season in WRC.

Bouffier said: “I am delighted to be taking part in Rallye Deutschland with the Hyundai Shell World Rally Team. They have made impressive progress since testing last year and I have been honoured to be part of the journey. Having tested the Hyundai i20 WRC since last year, I am excited to make my WRC debut with the team in Germany. We have worked hard to develop the car in testing but nothing beats the thrill of a World Rally event! To be part of the three-car line-up for Germany alongside Thierry and Dani is a real privilege. I will do all I can to contribute to the ongoing development of the car in a competitive rally environment as we enter the second half of the year.”

Team Principal Michel Nandan: “Bryan has been an integral part of the Hyundai Motorsport journey. It was around one year ago that he joined us for the first time as a test driver and we have been fortunate to have him test with us again this season. He knows a lot about the Hyundai i20 WRC and about our team, so he will be a very welcome addition to our driver line-up for Germany along with Thierry and Dani. We are pleased to have Dani back in the #8 Hyundai i20 WRC at Rallye Deutschland for his fourth event with us in 2014 – this time on tarmac. This event will give us a useful opportunity to assess the performance potential of the Hyundai i20 WRC on asphalt and we feel we have the ideal driver line-up to do that in Germany.”