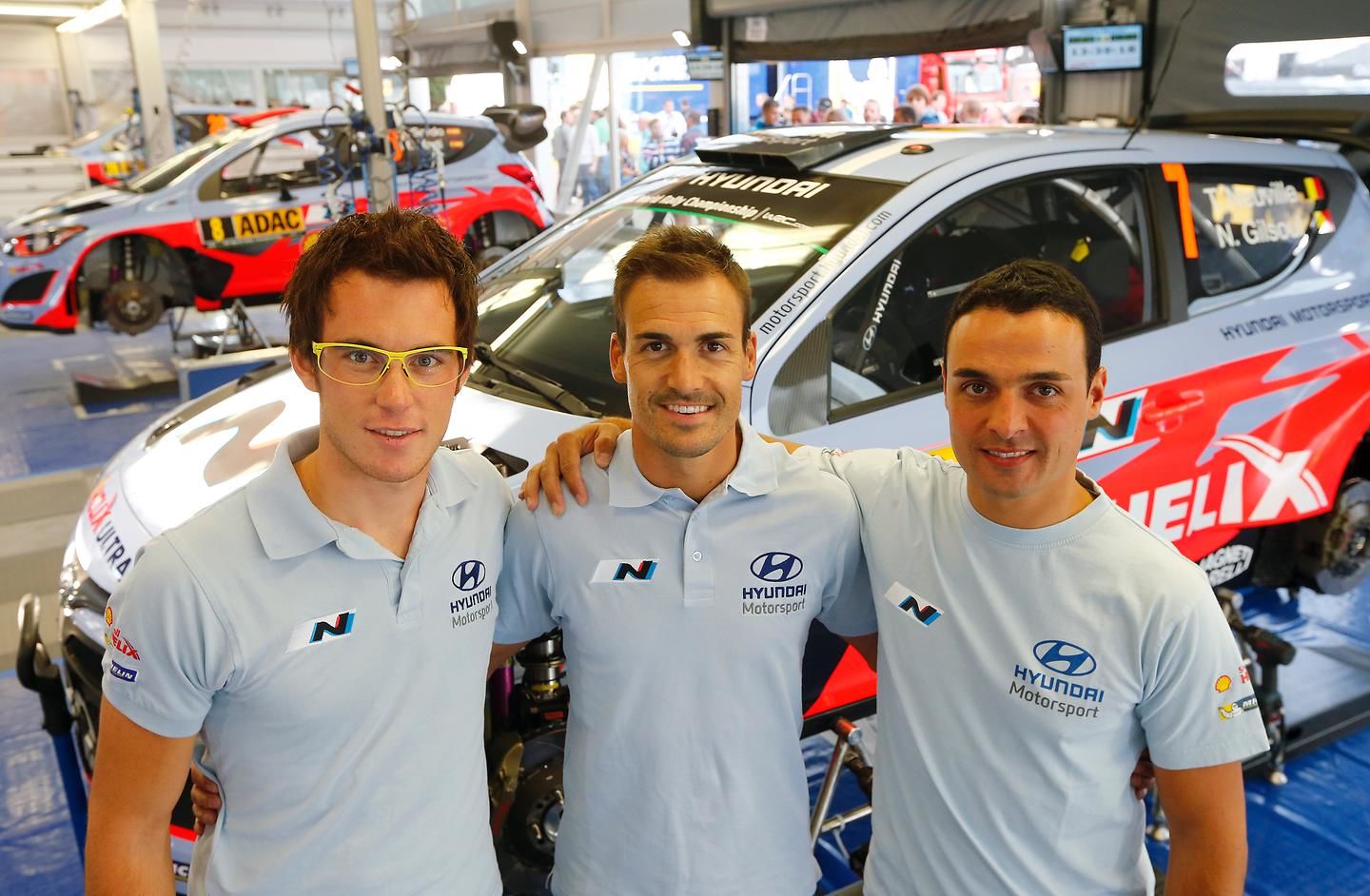 September 1, 2014 - The Hyundai Shell World Rally Team will continue with a three car approach to its debut season in the FIA World Rally Championship (WRC) by fielding a trio of Hyundai i20 WRCs in the French and Spanish rounds.

The team’s lead driver Thierry Neuville will continue to compete in the #7 Hyundai i20 WRC alongside his Belgian compatriot Nicolas Gilsoul and will be joined in both events by Spaniard Dani Sordo in the #8 car.

Neuville and Sordo, who scored a memorable 1-2 for the team in Rallye Deutschland, will be joined at Rallye de France Alsace by Bryan Bouffier in the #20 car. Bouffier has been handed another opportunity by the team following a tough outing for the Frenchman in Germany. Hayden Paddon will return to WRC action in Rallye de España to complete the three-car line-up for the penultimate round of the championship.

Team Principal Michel Nandan said: “We have decided to continue our three car approach to the season and to ensure we are maximising our learning as we approach the end of our debut season in WRC. Alongside Thierry, our lead driver, we will have Dani, who did a fantastic job for the team in Germany. He will take control of the #8 car in France, while also competing in front of his home fans in Spain at the end of October. We have decided to give another opportunity to Bryan following the difficulties he faced in Germany, so he will drive the #20 in France – a home event for him. Hayden will return to the car for Spain to complete the three-car line-up with Thierry and Dani.”