February 8, 2014 – The Hyundai Shell World Rally Team has finished Rally Sweden with a flourish today, bringing both of its cars to the end of the rally, making the most of Rally 2 regulations to add valuable mileage and experience in the team’s second WRC event. In the process, the team has claimed eight WRC manufacturer points, opening its points tally.

Following a disappointing Friday, in which the Hyundai i20 WRC cars of Thierry Neuville (#7, co-driver Nicolas Gilsoul) and Juho Hänninen (#8, co-driver Tomi Tuominen) were forced to retire after coming into contact with rocks during the stage, today’s concluding stages once again demonstrated promising performance potential from the new team.

Although SS21 (Hara 2) was cancelled, the remaining seven stages of the final day offered the team the opportunity to continue its learning in the challenging Swedish conditions and its understanding of the i20 WRC cars in competitive conditions.

The team was not focussed on stage times but still derived satisfaction from Neuville finishing runner-up in two stages this week (Thursday’s SS5 and today’s SS19). He had a solid end to his second rally with Hyundai Shell World Rally Team, despite a puncture in SS23 adding some last minute pressure.

Neuville said: “It’s been a long weekend for all of the team but one which I am sure will benefit us in the long term. We have made the absolute most out of every stage possible in order to add more experience and to learn as much as we can. We have discovered many positive things on the Hyundai i20 WRC car and I am becoming more and more confident in the cockpit all the time. It is naturally sad that we were unable to complete the day yesterday but we have to live with that. We used the Rally 2 to continue today, which meant a big time penalty, but never gave up, even when we had a puncture in the penultimate stage. We have been quick on some of the stages, and were close runners-up on two occasions this week, which shows great work from the team and a lot of potential for the future. I think we will look back positively on Sweden as a key rally in our ongoing development.”

Another positive aspect from the team’s final day was Hänninen being awarded the prestigious Colin’s Crest Award for longest jump, after the Finn launched his Hyundai i20 WRC 36 metres off the famous Vargåsen jump. Hänninen enjoyed a string of competitive stages today and moved himself up into the top 20 overall despite his 25 minute penalty from using Rally 2.

Hänninen said: “It has been a very productive event for us and I think we can hold our heads high after our performance in these tricky conditions. I made a mistake yesterday and damaged the car, which forced us to retire, but thanks to Rally 2 we have been able to compete today. We have learned a lot of things and gained lots of experience and that is the reason why we are here. The Hyundai i20 WRC has a very strong base and I am confident that we can go faster with this car in the future. I did a massive jump at Colin’s Crest today, 36m, so that shows that the car is definitely strong. The team has done a great job and it’s been a privilege to be part of Rally Sweden with Hyundai.”

The important mileage completed today vindicated the team’s decision to continue competing in Sweden under Rally 2 regulations after yesterday’s collisions. The team has worked diligently to ensure the two Hyundai i20 WRC cars finished the event and will undoubtedly use this experience to prepare for the next round of the FIA World Rally Championship in Mexico in one month’s time.

Team Principal Michel Nandan said: “Overall we have had a tough but generally positive week here in Sweden. We knew that our approach to compete in WRC and do our learning in a very public manner would be challenging so it was just important for us to finish the rally with both cars. We are pleased to have achieved this, even though we had to use Rally 2. We didn’t have much luck yesterday with both cars hitting solid rocks, and we had further drama this afternoon when Thierry suffered a puncture, but this is part of our learning. We have seen some good times from both crews. Thierry set a couple of second best stage times and Juho won the iconic Colin’s Crest Award. This was not the target of our weekend but we are very pleased to take them away with us. These are definitely good indicators for the future. In just our second rally, I feel we are getting more confident as a team, and the guys should be proud with all they have achieved in Sweden.”


More information about Hyundai Motor and its products can be found at:
Twitter : @hmcglobalpr
http://worldwide.hyundai.com or http://www.hyundaiglobalnews.com


About Hyundai Motorsport GmbH
Established on 19 December 2012, Hyundai Motorsport GmbH is responsible for Hyundai’s global motorsport activities and primarily for its World Rally Championship programme. Based in Alzenau on the outskirts of Frankfurt in Germany, the company is embarking on its debut season in the FIA World Rally Championship in 2014 with a bespoke team of skilled staff and a brand new car, the Hyundai i20 WRC.
Further information about Hyundai Motorsport is available at: http://motorsport.hyundai.com
To download high resolution photos for editorial use, full driver’s profiles, audio podcasts as well as other useful press information about the team please refer to:
www.hyundai-ms.com
Username : HyundaiWRC
Password : hmsg2013 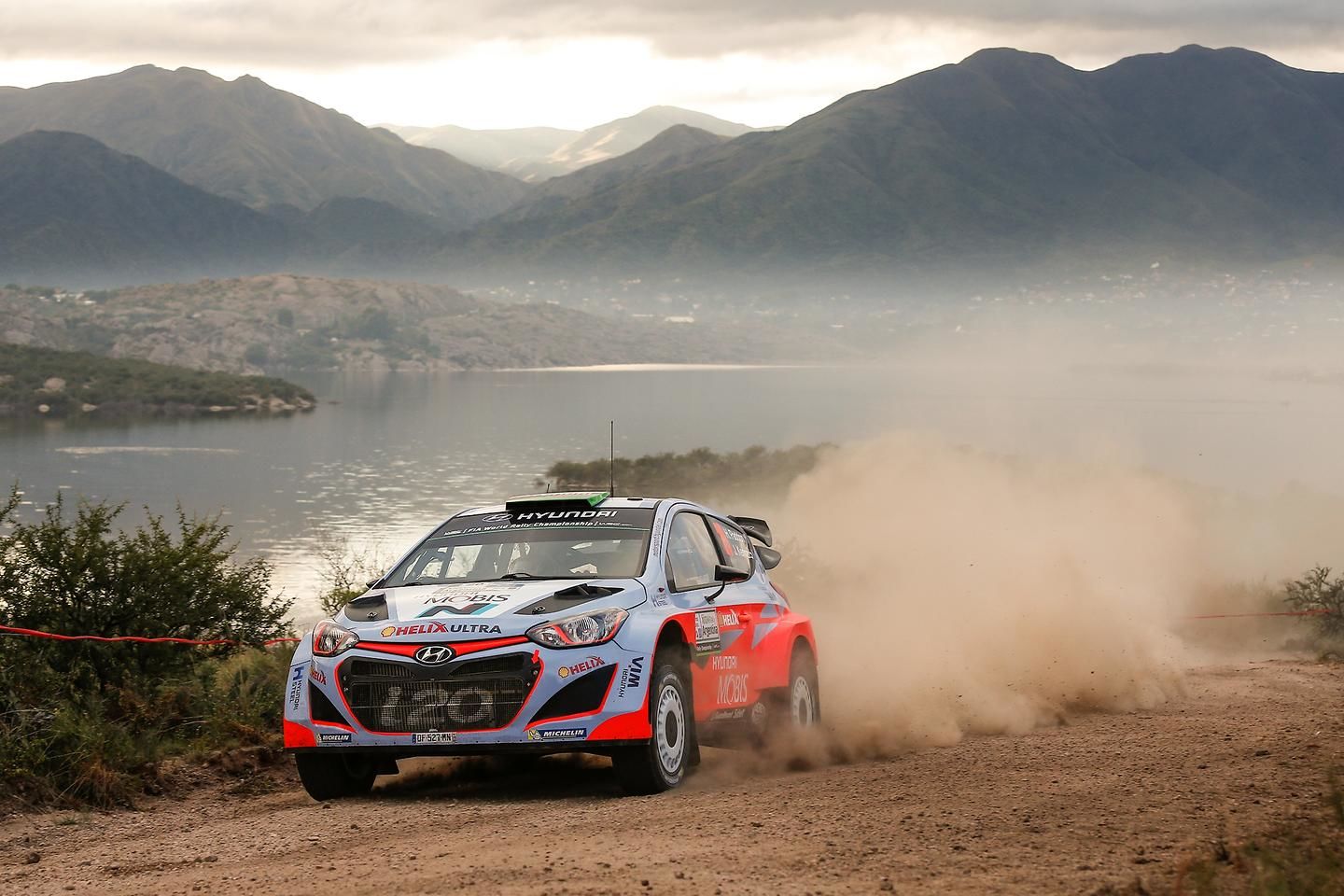